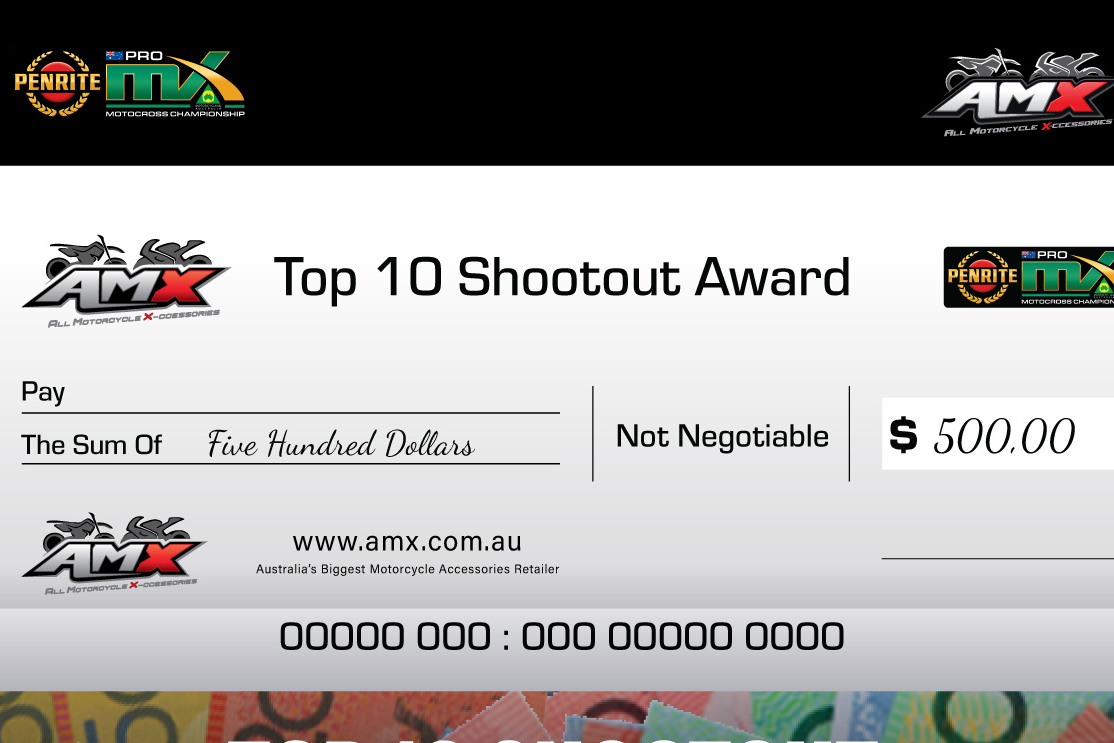 The AMX Superstores MX1 Top 10 Shootout Award will see an additional $500 up for grabs at Wonthaggi on April 11th, in the THOR MX1 class and at each round of the 2021 Penrite ProMX Championship, presented by AMX Superstores.

The AMX Superstores Top 10 Shootout program will consist of the 10 fastest qualifiers from the THOR MX1 class heading back out on the track for a 10 minute additional qualifying session. The elite of the elite will hit the track to try and set a perfect blistering lap in the allocated 10 minutes and the quickest one will claim the AMX Superstores $500 bonus cheque.

‰ÛÏAll of us at AMX Superstores are race fans and motocross enthusiasts. We feel privileged to be able to support initiatives with ProMX such as the Top 10 Shootout, that will provide great excitement on the track and have race fans flocking trackside or watching on TV to see the incredible hot laps the MX1 riders will put down to win the shootout.‰Û