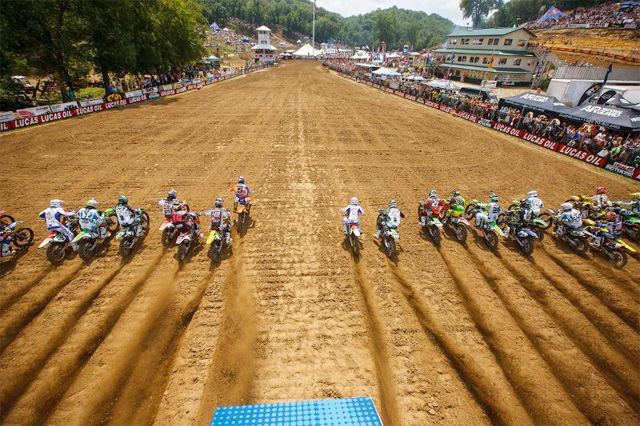 Under the terms of the previous agreement with DMG, MX Sports Pro Racing-through its partnership with Alli Sports, a division of the NBC Sports Group-managed the production, commercial and promotional rights to the Lucas Oil Pro Motocross Championship. Upon renewal, series management will remain the same as the last five years, ensuring the continued growth the series has enjoyed the past five years.

MX Sports Pro Racing and its promoter and television partners will continue to build the series through its ever-increasing television package, premier sponsorship opportunities, and an overall enhanced experience for the fans.

"For the past five years, AMA Pro Racing has worked and been associated with MX Sports Pro Racing, and has been impressed by their professionalism and skill in significantly elevating the sport of professional motocross racing," said David Atlas, Managing Board Member of AMA Pro Racing.

"In electing to renew and extend the contract between MX Sports Pro Racing and the Daytona Motorsports Group, we have come to admire the very effective and growing professional motocross strength and impact which MX Sports Pro Racing has achieved with their key constituents, the athletes, teams, the National Promoters Group, Alli Sports and Lucas Oil Products."

"It was a logical decision for us to continue with enthusiasm the sanctioning of MX Sports Pro Racing and our important business association with them." Atlas added.

Davey Coombs, President of MX Sports Pro Racing is looking forward to continue working with all the partners involved in running the the Lucas Oil American Motocross Championship and the continued growth in coming years.

"We are very proud of all of the event organizers of the National Promoters Group for their continued hard work and dedication to the sport of motocross," Coombs said. "Having the opportunity to continue working alongside not only Alli Sports, but also AMA Pro Racing and the Daytona Motorsports Group, will only help grow our sport even more."

The 2014 Lucas Oil Pro Motocross Championship will kick off Saturday, May 24 in San Bernardino, Calif. with the return of the Glen Helen National.