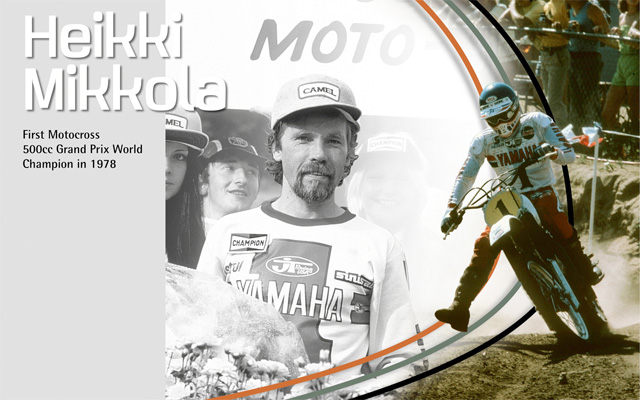 Mikkola, who won his first world motocross championship back in 1974, was also the first person to win a 250cc and 500cc world championships in an esteemed racing career. He went on to win the 500cc crown another two times in 1977 and 1978 making him a hero of the sport as well as becoming Yamaha‰Ûªs first 500cc motocross world champion.

He was known for his aggressive, take no prisoners attitude and riding style, and combined with a supreme level of fitness, he wowed crowds around the world and took him to the very top of the motocross tree before retiring at the end of the 1979 season at the age of 34.

He was inducted into the AMA Motorcycle Hall of Fame in 2006.