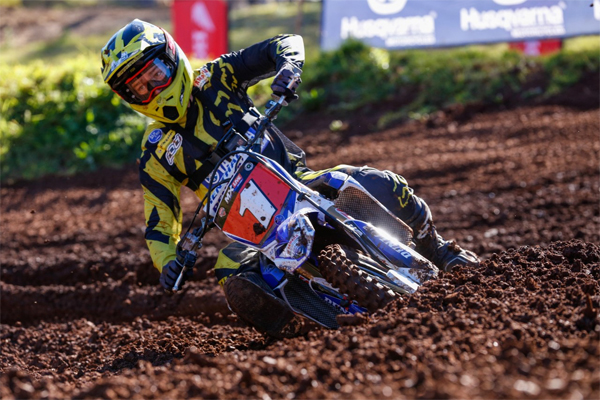 Round nine of the 2018 MX Nationals will certainly go down as a memorable one for the Yamaha racing teams and riders with a complete domination of the day winning all four classes contested as well as Dean Ferris locking up his third MX1 crown in a row for the CDR Yamaha Monster Energy Team.

The Gladstone track hasn‰Ûªt been on the MX Nationals calendar since 2014 but it is now a favourite with Yamaha riders as they turned it on in during a perfect winters day in central Queensland.

Dean Ferris continued his domination of the MX1 class on board his YZ450F winning both motos, the round and the championship in a day he won‰Ûªt soon forget. Jay Wilson took his first win of the season in the MX2 class on his Yamalube Yamaha YZ250F with Serco Yamaha‰Ûªs Wilson Todd in third.

‰ÛÏThis season has gone perfectly for Dean and he has showed he is a cut above the rest with his riding, dedication work ethic and determination to win. He entered the Gladstone round with a huge points gap and could have just mailed it in and cruised to the championship, but he is a racer and he did what he does best, he won races. In fact, it was one of his better where he won Superpole and then both the motos to make it a perfect day for him and a memorable one for the team.

‰ÛÏIt is great to work with someone like Dean who is so motivated and professional in his approach to racing and his attitude. I have said it before and continue to stand by it, Dean has become a great role model for young riders and the perfect ambassador for our sport. The time he has given to young riders and projects like the YZ65 Cup is extraordinary and he does it with a smile and while winning races.

‰ÛÏDylan was consistent again with a couple of top five results and is in a tight battle for a top four position in the championship. His starts weren‰Ûªt the best on the weekend and the track probably wasn‰Ûªt suited to the way he rides but I‰Ûªm sure he will bounce back this weekend at Coolum as it is one of his favourite tracks.

‰ÛÏWilson was a bit nervous about the weekend as he tries to close out his first MX2 championship. He fell in the first race while leading but I‰Ûªm really happy that he was able to get things back on track for the second race and still manage to get on the podium.

‰ÛÏOne thing that has improved with Wilson this year is his consistency. He has been on the podium almost every round and even when not having the best days, he has been able to salvage a good result and make the most of it. That‰Ûªs why he has the points lead and he deserves it.

‰ÛÏThis weekend will be business as usual for him and I know he is pretty focused to get a good result at the final round. He likes the track, has had plenty of success there in the past and the team have done a great job to get things turned around after a short week between the Gladstone and Coolum events.

‰ÛÏGladstone proved to be out best round for the year with Jay Wilson winning the round and Richie Evans finishing fifth. Regardless of the result, it was just pleasing to see both riders up the front and challenging for race wins as we believe both of them have the talent and ability to do it every weekend.

‰ÛÏJay had no idea where he was standing for the round points as the positions could have easily changes in the final few laps of the last race. Jay was after the race win but the result of some of the riders behind him could also have changed things so the simplest way to fix that was win the race and get the most points you can and let the rest unfold.

‰ÛÏAlthough he finished second in that race, the points fell our way and he was pretty emotional to learn he had won so that was a pretty cool moment for the team.

‰ÛÏRichie has had a tough couple of weeks since the Raymond Terrace round. His eye was seriously damaged with dirt getting inside his contacts to cause an ulcer under his eye. He was basically house bound for the three weeks in between the events and only rode once so to come out and finish where he did in fifth is a great result and one that he should take plenty of confidence from.‰Û