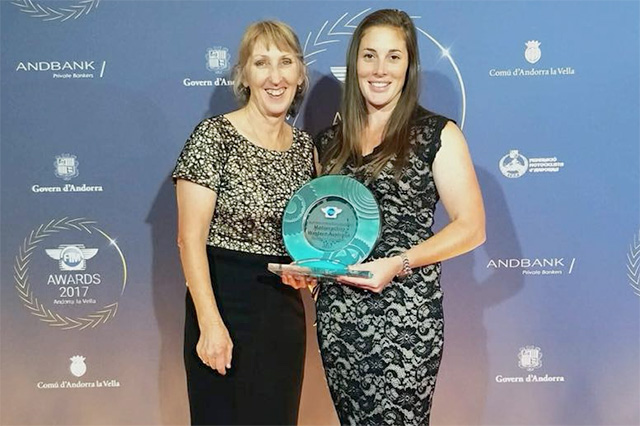 We always knew that the Western Australian (MWA) Women‰Ûªs Program, put together by the dedicated volunteers of the Women‰Ûªs Committee was great.

In 2016 it was the Women‰Ûªs Category winner in the Western Australian Dept. Sport and Recreation Industry Awards beating all-comers from all sports to be the best women‰Ûªs program in WA.

Now the program has been recognised by the FIM as the best in the world.

At the annual FIM Gala Night held today in Andorra La Vella, in front of the whole motorcycling world the Women‰Ûªs Program was selected as the winner of the FIM Women in Motorcycling Award from a very strong group of finalists from around the world.

The FIM Women in Motorcycling Award aims to recognise, reward and celebrate those, individuals or organisations, who have significantly contributed to improve the presence of women at all levels.

Candidates for the Award seek to help women to be increasingly valued and included in the motorcycling world, by cooperating and creating opportunities such as women-only competitions and ‰ÛÏhave-a-go‰Û