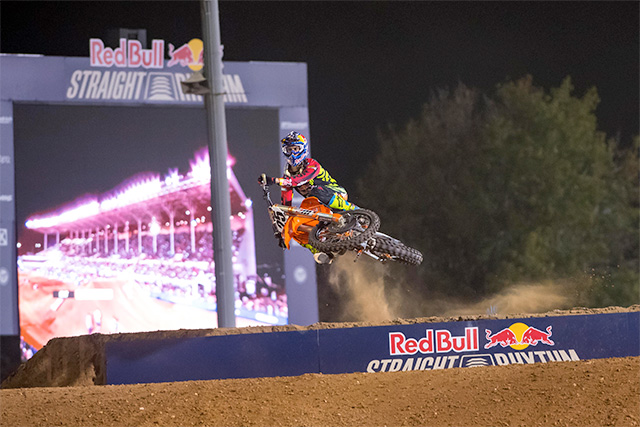 Featuring an unwound track with no turns and a 1/2 mile-long straight rhythm section, the top Supercross and Motocross riders battled each other in this exciting off-season event.

Red Bull KTM Factory Racing's Marvin Musquin, who is coming off a high from winning a cool million dollars last weekend at the Monster Cup in Las Vegas, continued his undefeated streak of wins at the event and brought home yet another victory, while teammate Broc Tickle rounded out the podium with a third.

Marvin Musquin has never lost a race at Red Bull Straight Rhythm, and this year was no different. Fastest qualifier and defending champ in the Open Class, he lined up for his first quarterfinal run against Off Road star Colton Haaker, got off to a great start, and took an easy win. With Haaker bowing out of the second run, Musquin won the necessary two out of three quarterfinal runs to advance to the semifinals.

Musquin was up against Kyle Chisholm in the semifinals, then dominated two runs to eliminate Chisholm and advance to the finals against Josh Hansen.

He lined up for the finals looking to keep his winning streak alive. He came out of the elevated start house like a missile in the first run and took the win, then got a great start in the second run and stayed consistent to take another win and the overall victory on the night for the second year in a row.

"I had a great weekend coming off Monster Cup. Red Bull Straight Rhythm is such a cool event, and everyone had a great time. The fans were really excited. I was able to win everything, so it‰Ûªs pretty special for me. I‰Ûªm looking forward to next year," Musquin said.

This was Broc Tickle‰Ûªs first year racing at Red Bull Straight Rhythm, and his results didn‰Ûªt disappoint. He lined up for his first quarterfinal bracket run in the Open Class against Alex Ray and got off to a great start. With both riders neck and neck, he took the the lead halfway down the track then claimed the win. Both riders were pretty equal at the start of the second run, but Tickle had Ray covered to take a double win and advance to the semifinals.

After getting second in his first semifinal run against Josh Hansen, he, unfortunately, made a mistake in his second semifinal run which would eliminate him from racing in the finals.

He lined up for the first third-place match against Kyle Chisholm and was neck and neck at the start. He had a slight advantage that he stretched out to the finish to take the win. He got the holeshot in the second run and took the win to take third overall in the class.

‰ÛÏI had a lot of fun," Tickle said. "My weakness is definitely going fast for 40 seconds, but I‰Ûªm so happy with how I did and the bike was great. I over jumped in the semifinal with Hansen, and that set me back a little bit, but I‰Ûªm stoked with the event. I had a great time and it was a good show. Watching the 2-strokes and the 250‰Ûªs was great. It was fun to be here and be part of everything." 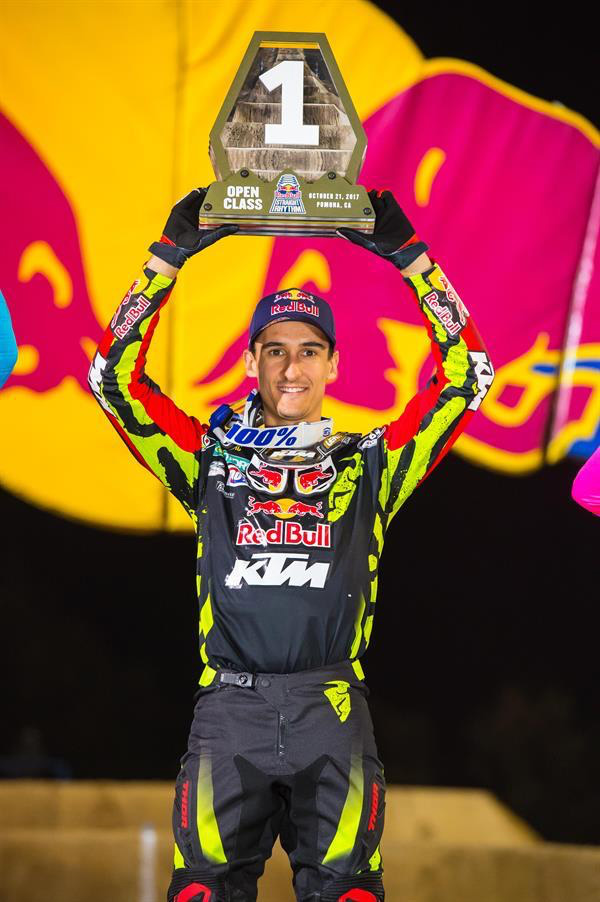