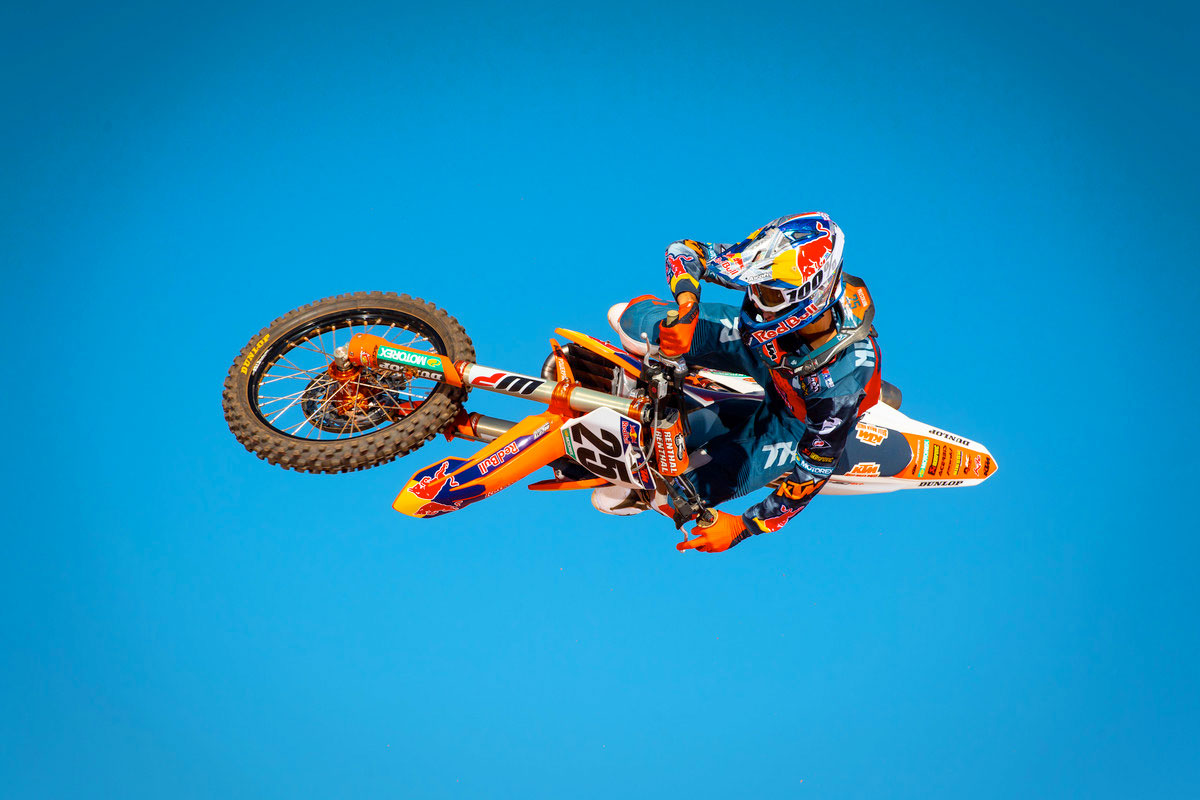 Marvin Musquin is now entering his fourth season in the premier class. Photo: Simon Cudby
Red Bull KTM Factory Racing teammates Marvin Musquin and Cooper Webb have decalred themselves fit and ready for the opening round of the 2019 AMA Monster Energy Supercross Championship at Angel Stadium in Anaheim, California, this weekend.

At the helm of Red Bull KTM‰Ûªs 450cc efforts is multi-time 450SX winner and 2018 Anaheim SX winner, Marvin Musquin. The French rider is now entering his fourth season in the premier class and after finishing only nine points shy of the title last year.

"Every year there is an excitement to line up at A1 and this year is no different," Musquin said. "We had a lot of success at the opening round last year, so we really are looking forward to it! Our off-season didn‰Ûªt go as smooth as the one last year but we worked hard and we are very thankful to be lining up at A1. We are ready for the challenge of the 2019 championship!‰Û 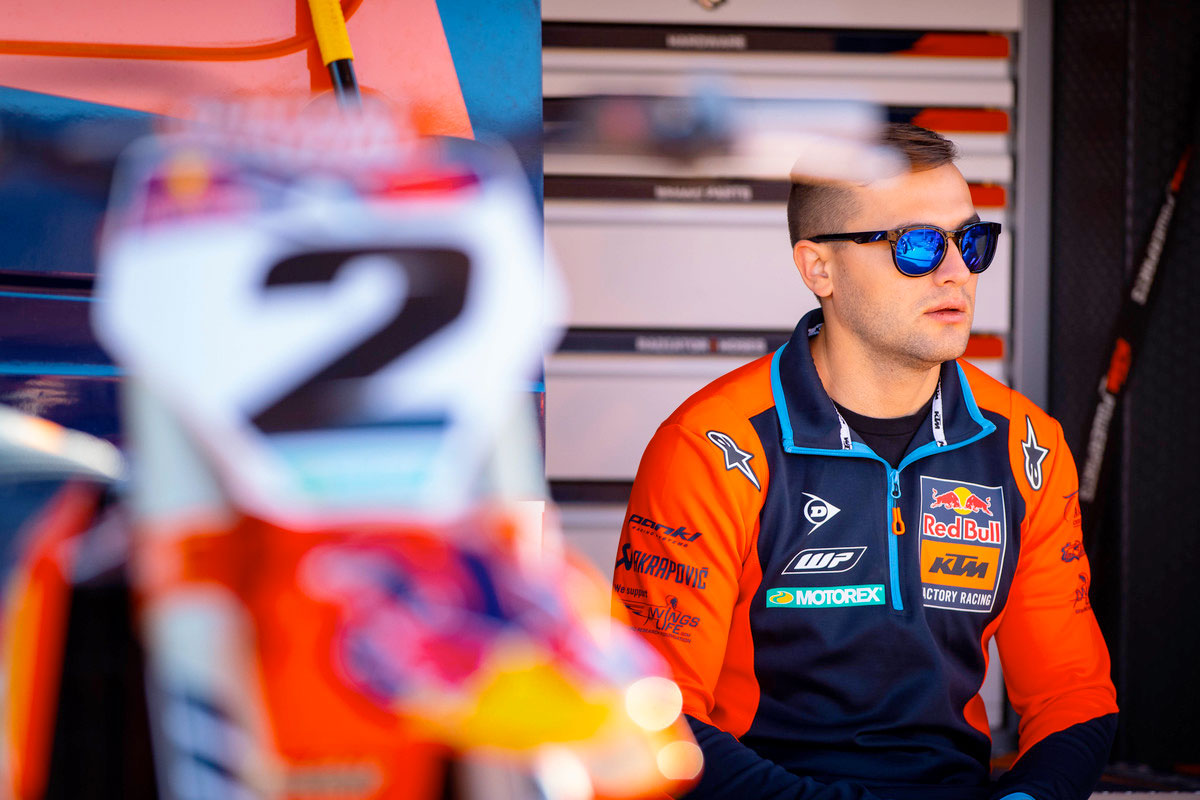 Cooper Webb will make his official 450SX debut at Anaheim. Photo: Simon Cudby
In his official 450SX debut in Anaheim, Cooper Webb is poised and ready to showcase his abilities in 2019. Webb joined the Red Bull KTM roster in October of 2018, where he took a pair of top-ten finishes at Monster Energy Cup in Las Vegas. Now, with three months of training with Aldon Baker and logging plenty of laps on the orange bike, the North Carolina native is ready to get the season underway in Anaheim.

"I‰Ûªm excited for Anaheim this weekend, it‰Ûªs been a great off-season so far with the new KTM and training with Aldon Baker down in Florida," Webb said.

"Everything was brand new for me coming into the season ‰ÛÒ new bike, new team, new trainer, new mechanic ‰ÛÒ so I had to get adjusted, but it‰Ûªs been really good so far. I‰Ûªve been training since the end of September and everything has been great ‰ÛÒ I‰Ûªve been healthy, training hard and had a lot of good testing with KTM. Now it‰Ûªs the week before Anaheim and I‰Ûªm feeling good, feeling fit and ready to go ‰ÛÒ the bike‰Ûªs dialed in so it‰Ûªs just time to get racing and hopefully everything pans out good. More than anything, I‰Ûªm just excited to get behind the gate and see where we‰Ûªre at.‰Û 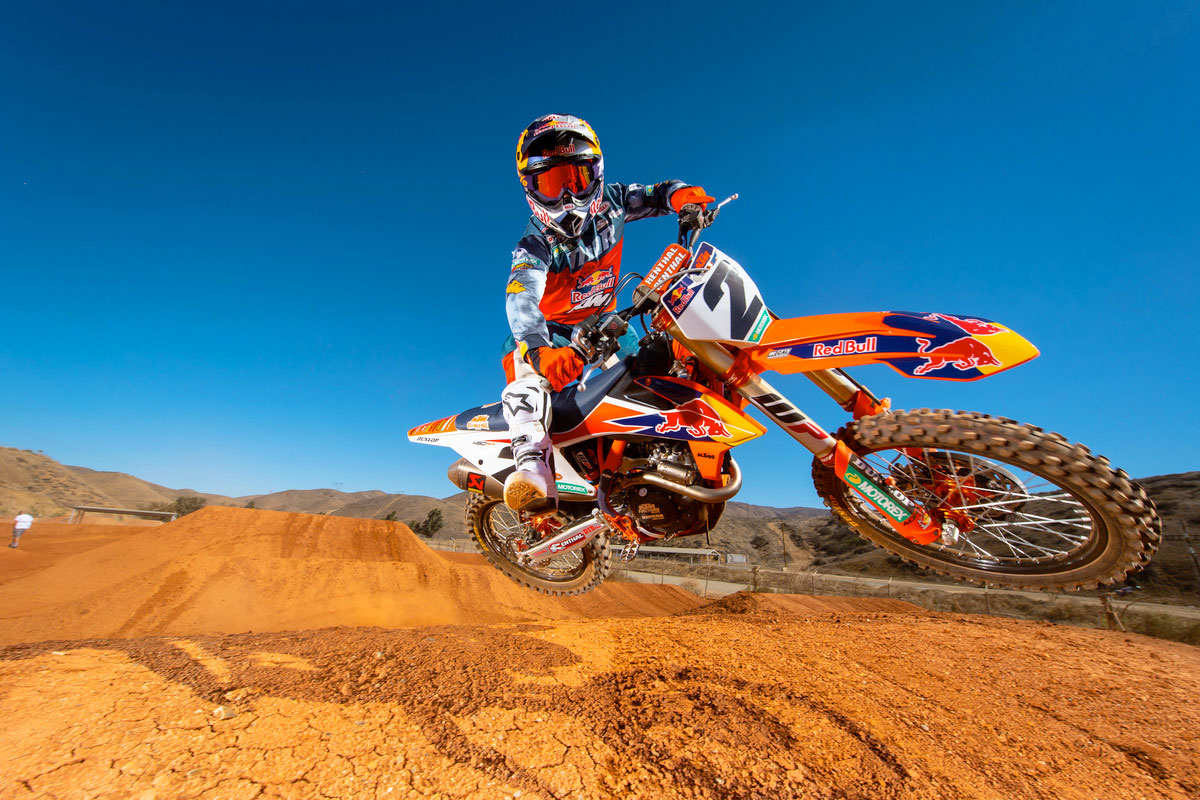 Cooper Webb. Photo: Simon Cudby.
With Troy Lee Designs/Red Bull KTM Factory Racing returning as KTM‰Ûªs official 250cc race team once again for 2019, Shane McElrath and Sean Cantrell will headline the team‰Ûªs 250SX West efforts aboard the KTM 250 SX-F. McElrath, a seasoned veteran in the 250 class, has proven to be a championship contender over the years and he‰Ûªs determined to claim the title in 2019. His teammate, Cantrell, put forth a successful rookie season in 2018 finishing seventh-overall in the 250SX East division. For 2019, the Southern California native will take to his native coast as he lines up beside McElrath this Saturday in the 250SX West opener. 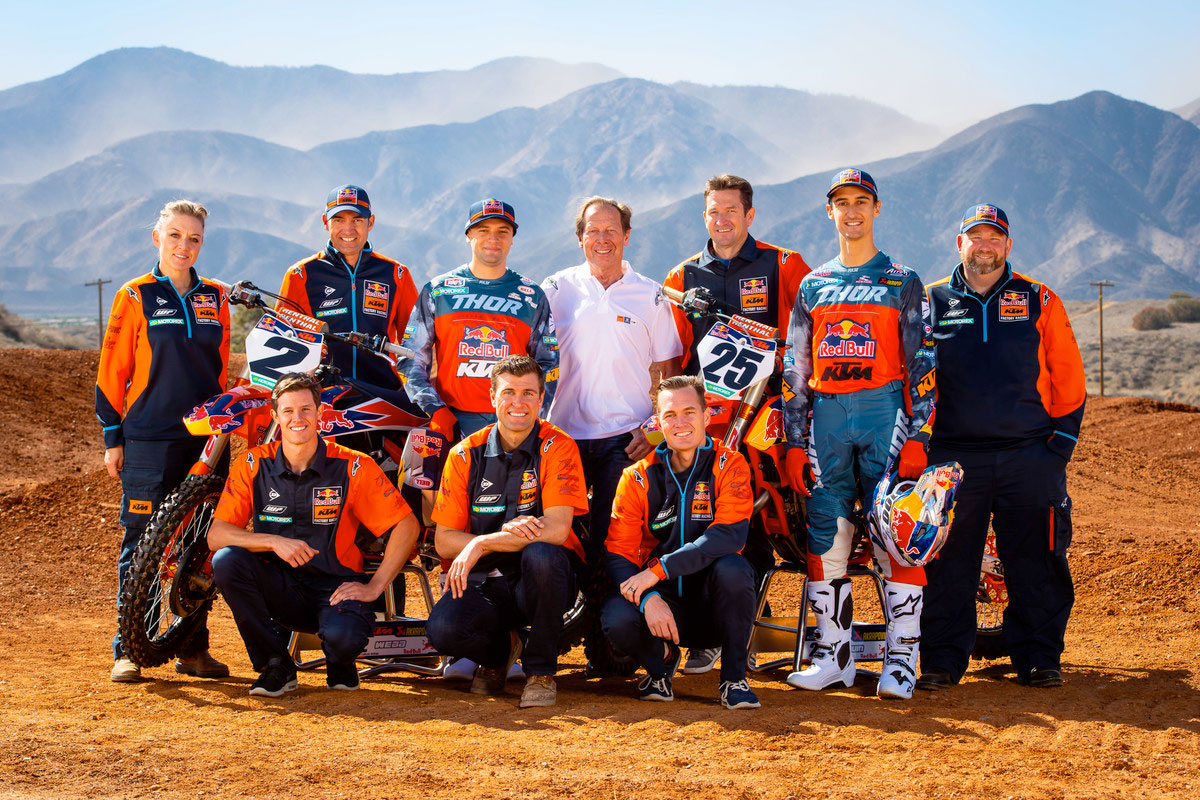