Mud and Mayhem for CDR Yamaha At ASX Finale 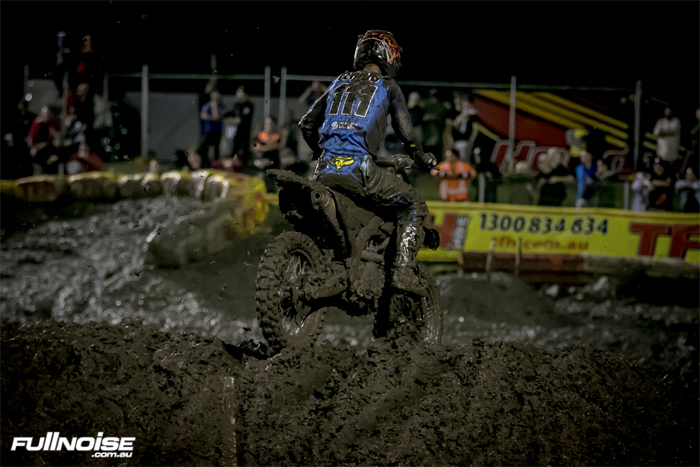 CDR Yamaha‰Ûªs Dean Ferris and Dylan Long have finished third and fourth respectively in SX1 division at the 2017 Australian Supercross Championship after the final round of racing was completed in extreme conditions on Saturday night.

Consistent rain throughout the day turned the pristine Jimboomba course into a mud bog that had riders and teams scrambling to keep their machines circulating as standing water and mud made it more than challenging but both CDR riders battled through the conditions to post respectable results.

Ferris started the round in third place and just two points behind the second place rider, Dan Reardon. Given the treacherous conditions, he was even a chance at taking the championship as only 20 points separated the top three riders and it was anyone‰Ûªs race once the rain began to fall.

The Kyogle resident started his day well, posting the fastest lap time in qualifying but starts, not crashing and vision were the keys to the meeting once racing got under way. Unfortunately, none of those went Ferris‰Ûª way once the gates dropped in the SX1 main event.

Ferris didn‰Ûªt get off the gate well and as a result, was plastered in mud and water as the field roared into the first turn. From then on it was survival as he struggled for vision before crashing a few times and even at one stage had to pull into the mechanics area to clean his grips and get some fresh gloves so he could hang onto the bike.

Despite all the drama, he managed to claim a sixth-place finish and lock down his third place in the SX1 championship. 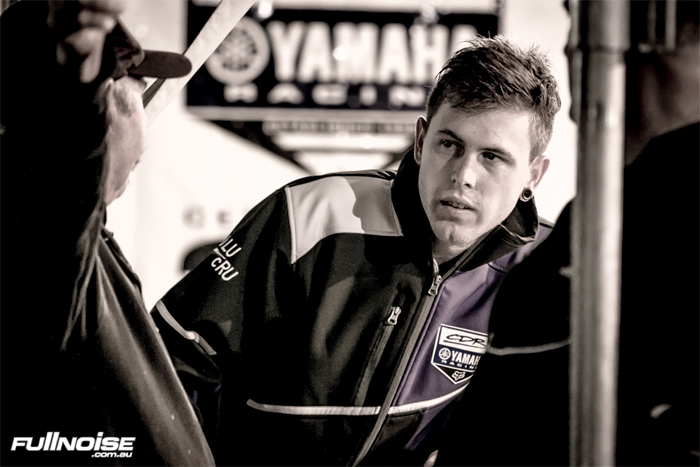 Long was happy to finish the year off with a career high 4th place 450 championship result - Credit: Aaryn Minerds
It was also a challenging night for team mate, Dylan Long, who finished up in eighth place in the main event. Long‰Ûªs night started with a big crash in the heat race where his YZ450F was bent and twisted but the CDR Yamaha team rallied to have the bike straightened out and ready to go for the final.

Long crashed twice during the main event, each time losing a position on the water-logged track. He rounded the first lap in sixth place but slipped to eighth in conditions that had riders in survival mode, not battling for championships.