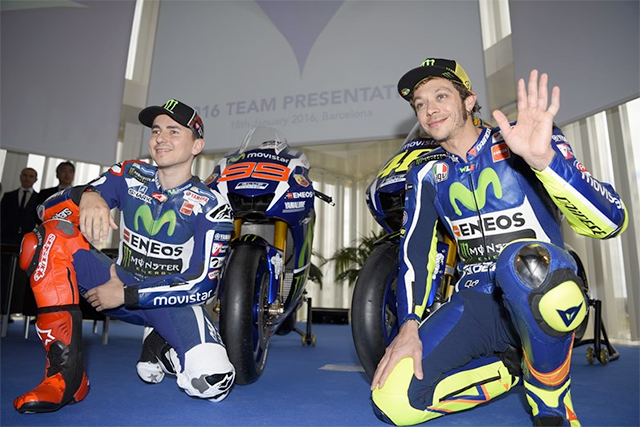 The factory Yamaha team were the first to show off their new bike as the build up to 2016 continues. It is a year of changes for MotoGP riders and teams as new technical regulations are introduced, including common software and a change to Michelin tires. While a lot is different under the hood from from the outside the livery is not far removed from 2015, despite the addition of a few small sponsors.

After an incredible 2015 season where the Movistar Yamaha MotoGP team finished a near perfect first and second in the championship, Yamaha's Lin Jarvis remained adamant that nothing will change and the focus will remain the same.

"There's no reason to put a wall in the garage," Jarvis said. "One of our strengths is the fact that the team work really well together, the riders are individual competitors against themselves but the team of mechanics and engineers all work really well together. If we put a barrier between them it will be to the deficit of the team, the riders and the engineers. This is a thing of the past and as I said last year, we understand both riders are competing against each other. As Jorge said, if Valentino is his main competitor for the championship then it's a good thing, it means Yamaha are at the front. That's our main goal: to beat our competitors." 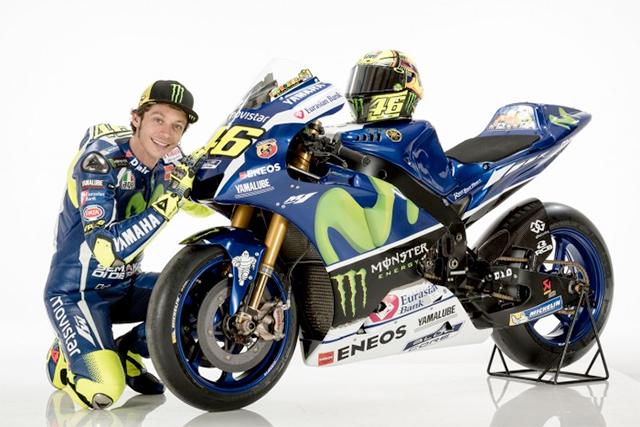 Valentino Rossi with his 2016 Machine
The changes in software and tires present manufacturers in the MotoGP World Championship with a big challenge, factories are working tirelessly to prepare the bikes for the first race of the season in Qatar. Yamaha's MotoGP group leader, Kouichi Tsuji, was clear on the challenges during the factory team's launch: "We always develop the bike to win races. Now, we work and develop the bike to make the tire perform as well as possible. That means the biggest challenge will be the common software and the tire, how we can setup both together to make the tire perform as much as possible, that's a new challenge for us."

MotoGP World Champion Jorge Lorenzo elected to retain his iconic number 99, ready to face the new season and defend his crown. Having completed only a handful of laps with the new tires and electronics, Lorenzo is cautiously optimistic.

"Well I've been lucky that in 2008 I had my first year in MotoGP on the Michelin, I don't remember so much how the feeling was," Lorenzo said. "But I understand the way of riding these tires is quite different to riding the Bridgestone. You have to anticipate the braking, release the brake a little bit sooner.

Meanwhile, Movistar Yamaha MotoGP's Valentino Rossi is still hunting for his tenth title after missing out in the final race of the year in 2015. As the most experienced rider on the MotoGP grid, Rossi is well aware of what needs to be done to fight for the world title in 2016.

"The Michelin are very different compared to the Bridgestone, especially about setting," Rossi said.

"Like we saw in the past when we came from Michelin to Bridgestone, we modified the setting of the bike a lot. We need a bit of time to arrive at the right balance and I think during the winter this work will be important to try and understand how to use the Michelin tire at the best and try to improve the feeling with the front. We need to understand our level with these tyres compared to other manufacturers because last year our bike was very good with the Bridgestone as it was well balanced. Now it will be hard work to make the same with Michelin."

The team and riders now begin their final preparations for the first test of 2016, held at the Sepang International Circuit on the first of February. Tests will also be held in Philip Island and in Qatar before the season kicks off on March 20 under the floodlights. 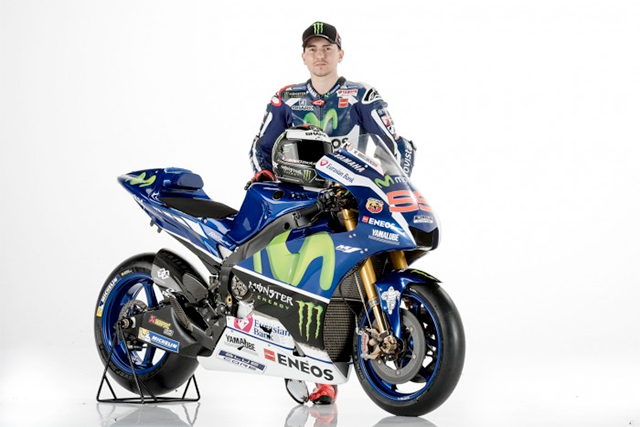