Movistar Yamaha Return To Texas For Grand Prix Of The Americas 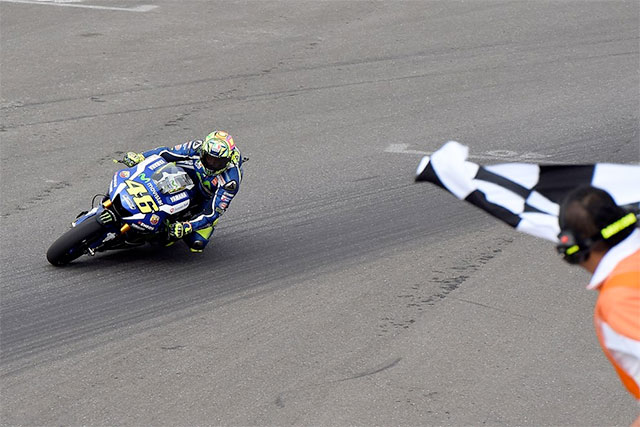 After an eventful weekend in Argentina the Movistar Yamaha MotoGP Team headed straight from South America to Austin, Texas in the United States of America this week for the first back-to-back race weekends of the 2016 MotoGP Championship.

After a dramatic weekend of highs and lows at the Termas de RÌøo Honda circuit both Valentino Rossi and Jorge Lorenzo are keen to get straight back in the hot seat of their YZR-M1s.

Nine-time world champion Rossi arrives in Texas having arguably taken the most benefit from the bizarre race day in Argentina on Sunday that saw a huge amount of uncertainty and difficult riding conditions to deal with. A mid race bike change and less than perfect track conditions saw many riders crash out.

The Doctor was not one of them though, hanging in and using all his race craft to capitalise on the opportunity to snatch a second place on the podium at the end of the race following a determined chase of race leader Marc Marquez. The Italian doesn't count COTA as one of his favourite tracks but despite this has seen his performance there improve over the years since its addition to the MotoGP calendar, with a hard fought third place podium finish last year his best result so far.

"I am happy to return to Texas and to race at COTA," Rossi said. "We have to work hard in Austin because it's crucial to understand quickly how bike, tyres, electronics and this track work together. Furthermore in the last laps of the race I'm not very strong so we need to improve with the bike on these tyres. Historically it is a difficult circuit for us and for Yamaha, but last year I could arrive on the podium so I will try also this year." 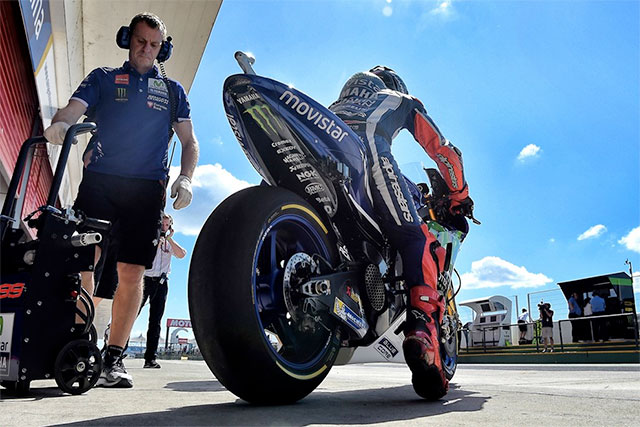 Jorge Lorenzo
Defending MotoGP world champion Jorge Lorenzo arrives in the USA determined to put the Argentina experience behind him and continue his race winning form from the opening round in Qatar. The Spanish rider crashed out of last Sunday's race, falling victim to the treacherous and slippery track conditions. Like his teammate Rossi, Lorenzo also doesn't count COTA as a favourite circuit and shares a best result of third with a podium finish in 2013.

"After a very disappointing race in Argentina I look forward to racing in Austin," Lorenzo said. "I thought we could get some good points in Termas de Rio Hondo but unfortunately we struggled all weekend and finally in the race as well. The COTA circuit is not one my favorites tracks nor for Yamaha so we need to try to understand as soon as possible the circuit with the new electronics and tyres. Let's see how things are going during the weekend but I'm eager to do a good race and try to recover some points before facing the first race in Europe."

Movistar Yamaha MotoGP Team Director, Massimo Meregalli, said he is looking foward to getting up to speed with the new electronics and new tyres at the American circuit.

"We are all very happy as a team to move on from what was a very difficult race weekend in Argentina to return to the USA. The COTA circuit has not been the best circuit for us in the past however both riders have proved they can reach the podium there. All teams arrive here to race for the first time with new electronics and new tyres so we have to wait until Friday's first sessions to understand where we and our competitors stand. However it is always a pleasure to race in the USA where the fan support and atmosphere is fantastic. We are motivated and ready to work!" 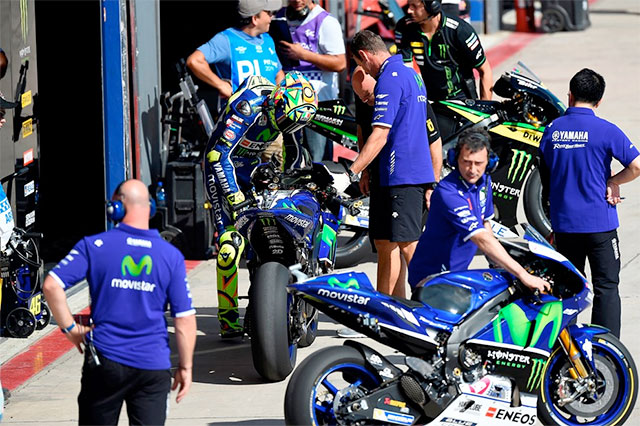