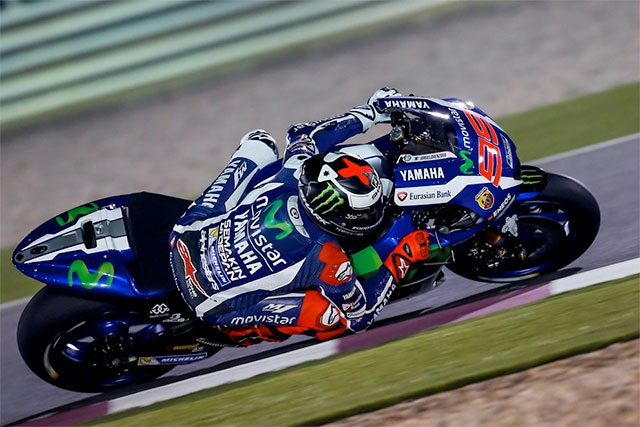 The wait is finally over for MotoGP fans! The Movistar Yamaha MotoGP team has arrived in Qatar to kick off the first MotoGP Grand Prix of 2016 this weekend under the famous floodlights of the Losail International Circuit.

Riders Jorge Lorenzo and Valentino Rossi return to the 5.4 km track where they completed the final pre-season test two weeks earlier feeling ready to bring the heat to another highly anticipated MotoGP season.

Energised from the positive results during the winter tests, Movistar Yamaha MotoGP's Jorge Lorenzo and Valentino Rossi are in great physical form and eager to take the 2016 YZR-M1 to the track. Both riders proved to be on the pace during pre-season testing and are expected to once again be key protagonists for this season's title challenge starting with the Commercial Bank Grand Prix of Qatar.

Returning to the premier class battlefield as the reigning World Champion, Lorenzo looks forward to getting back into the racing mindset after months of testing. Last year he bravely fought his way to fourth place in Doha despite problems with his helmet impairing his vision. This time he returns with full confidence and is looking forward to battling as one of the top contenders for the victory. The triple MotoGP World Champion previously secured a win in the premier class in Qatar in 2012 and 2013. He also claimed second place in 2008, 2010 and 2011, and secured third place in 2009.

"The pre-season is over and the real action will kick off under the floodlights of Losail. All of us are eager to start the true competition," Lorenzo said,

"The winter was so long and testing has not the same feeling as racing. I feel very strong and arrive very confident to this first match of the season. I'm happy I adapted quite well to the Michelin tyres and we proved it during two of three tests. However we need to keep our feet on the ground because until Sunday the points are not distributed so we have to work hard from Thursday on to get a good position and then demonstrate our strong pace in the race.

"I would like to start this 2016 season in the best way possible, especially compared to the beginning of 2015. Let's go into this race fighting and enjoy it!" 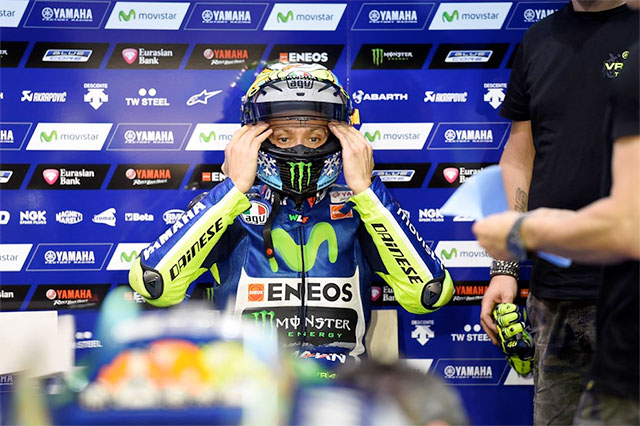 Rossi, ready to go
Teammate Valentino Rossi is also looking forward to riding at the Losail circuit and plans on making a strong entrance to the season like last year when he secured a brilliant and hard-fought victory. The Doctor felt very comfortable with the new Michelin tyres and electronics during the winter testing and is confident his hard work will pay off as he aims to further improve his already great record of four wins in 2005, 2006, 2010 and 2015 and four second places in 2007, 2009, 2013 and 2014 in Qatar.

"Finally we start talking about racing! I'm very glad that a new season begins," Rossi enthused. "Our tests were definitely positive, but the race is another thing. During testing we've learned a lot about the new tyres and electronics, but there are many other things to discover and this first race will be really important to understand the real potential of the bikes and the riders.

"Last season for me began very well. I don't know if I will be able to repeat that result but I will try to get on the podium for sure. It will be important to start to work well from the first sessions and get ready and have clear ideas going into the race. I feel ready and motivated and so does the team, so let's go!"

Massimo Meregalli - Movistar Yamaha MotoGP Team Director - added, "The first few races will be particularly interesting as they will give an impression of which teams and riders have found the best combination with the new tyres and electronics. The competition might be the closest ever in the history of MotoGP, but we are confident we will be able to give the Yamaha fans as much reason to cheer as we did last year while we try to defend our Triple Crown. Our supporters can look forward to a thrilling race for the first round and an equally exciting new season. Let's start the show!" 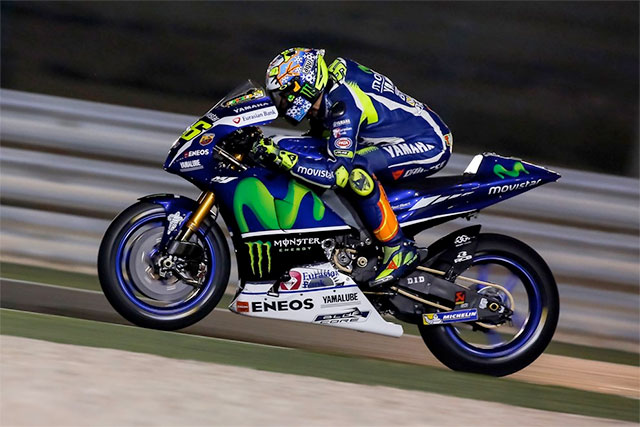