Movistar Yamaha MotoGP Poised for Second Half of the MotoGP Season 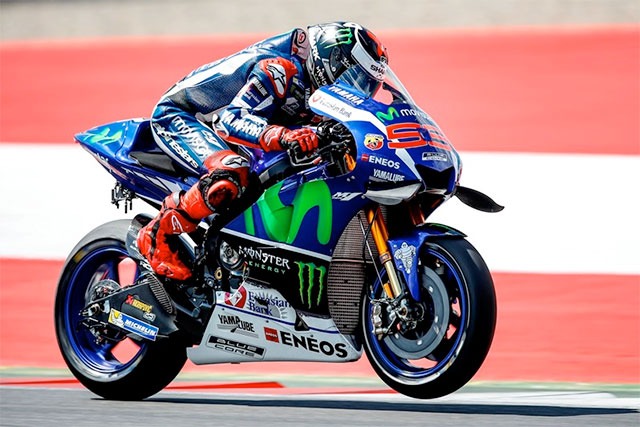 After a three-week summer break, the Movistar Yamaha MotoGP team returns to the Red Bull Ring - Spielberg circuit with renewed energy to take on the competition this weekend at round ten of the MotoGP World Championship.

This Sunday the Spielberg circuit will host its first MotoGP Grand Prix in nineteen years, but Movistar Yamaha MotoGP's Jorge Lorenzo and Valentino Rossi already got a first taste of the only ten corners comprising track during the two-day test three weeks ago.

Having been deprived from their YZR-M1s over the summer break, they are eager to head back to Austria this week to reunite with their bikes and prepare for the NeroGiardini Motorrad Grand Prix von ÌÐsterreich.

Lorenzo booked steady progress during the first testing days in Spielberg and he aims to build on the already promising set up of his bike this week to make a strong comeback at the start of the second half of the season. Being in second place with a 48-point gap to close to the leader in the championship standings, the current World Champion's fighting spirit is as strong as ever and he is determined to give his all during the rest of the season.

"After the summer break we get back into action in Spielberg, a place we were able to check out for the first time three weeks ago during a two-days-test," Lorenzo said. "I spent a few days' time on the Balearic Islands to relax but then I started to train again to get in the best shape to face the second half of the season. It's true that the situation is difficult because Marc is slightly ahead in the championship but we will do our best, as every year, to try and cut the distance. We will keep fighting until the end of the championship!" 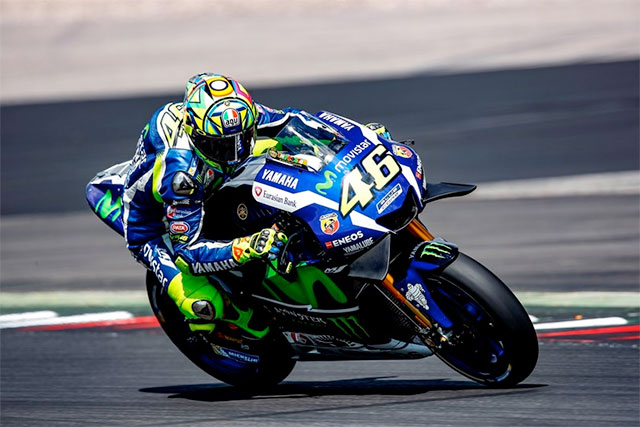 Valentino Rossi<
Teammate Valentino Rossi had already ridden at the circuit before and secured his first ever podium at the Red Bull Ring for a third place in the 125cc class in 1996. This weekend he aims to visit the Austrian rostrum again and reduce the current 59-point margin to first place in the championship rankings. The summer break gave the nine-times World Champion time to unwind so he returns to the scene ready for action.

"It was a long break. I certainly rested a lot!" Rossi revelead. "I went on holiday but I continued to train. Now, however, I really want to get back on the track and do my best in this second half of the season. We have done good races up to this point. Some of them could have been better but we have proven that we're fast. The Austrian circuit is very nice and the tests went pretty well. The two long straights don't help us much, but during the race weekend we still have time to improve. We will do our best to get onto the podium."