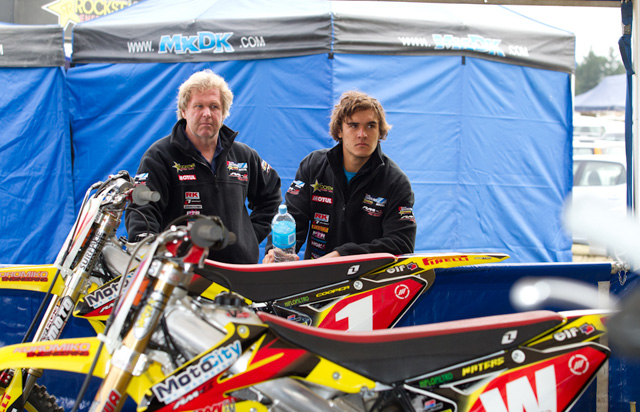 With just a matter of days before the opening round of the 2012 Monster Energy MX Nationals Motul Pirelli Suzuki manager Jay Foreman is happy with how his MX 1 riders are looking heading to Conondale.

With Cody Cooper coming off a strong performance at the New Zealand MX Championships and Todd Waters proving his speed at the opening round of the Victorian state titles last weekend, things are looking good for the team this year. 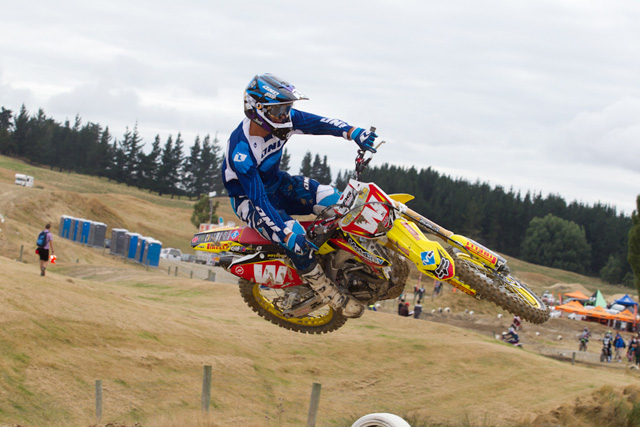 Todd Waters in action at round one of the New Zealand Championships - Photo Credit : Rice Photography
With heavy rain around NSW over the past few months have not had an affect the team‰Ûªs preparations for the 2012 season, with the riders spending time at Coonabarabran doing testing, as well as the two MX1 riders spending time in New Zealand testing which included Cooper racing to third place in the New Zealand championships.

"We have been up to Coonabarabran for a few days and we spent a little bit of time testing with the boys in New Zealand." said Foreman

"Both riders are capable of winning a championship, and winning races, it is a long season and it is going to be a tough year, we really need to stay consistent and limit the bad days, and be there at the end of every race. explained the experienced team manager.

Round one of the 2012 Monster Energy MX Nationals commences this Sunday the 1st of April at Conondale QLD.