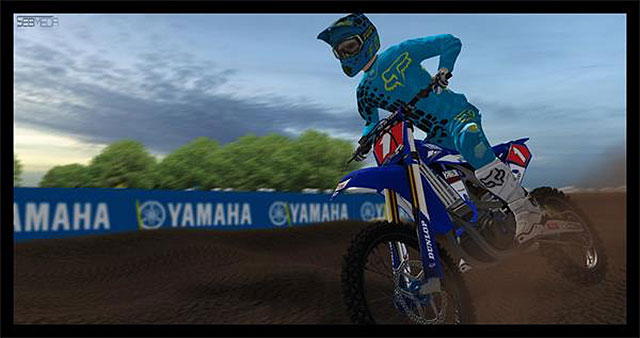 Following the Series Launch where it was unveiled that in 2017 the championship will host an all new Virtual Series, the Motul MX Nationals now released details of the online game based off MX Simulator, which will allow fans to have a whole new racing experience.

While details of the online based program have been scarce up until this point, the Motul MX Nationals can now reveal exactly how fans can play, where the game can be downloaded from, as well as unique features that are exclusive to the virtual series.

The Virtual Series which is a first for the Motul MX Nationals will be computer based, and is designed as a challenging simulation game which will allow motocross fans at home to race the same tracks that the professional racers do every weekend, attracting a whole new audience to the sport.

The tracks are replicated using hand made height maps replicated from real life with a near perfect environment, to give players the most realistic experience of racing the Motul MX Nationals.

All sponsor branding is also replicated within the virtual series, from gear, to bikes, track signage, and trucks, so it really feels like you are out there with the pros!

The game is available for a one off purchase via www.mxsimulator.com from there, all Motul MX Nationals content is FREE!

Players will sign up to race the online championship at www.mxsemf.com

Players can opt to race either MX1, or MX2 providing competitors with the ultimate racing challenge.

Some of the other unique features which are available as part of the online virtual series include:

With ten rounds featuring as part of the Motul MX Nationals virtual series, players will also have the opportunity to compete with their fellow gamers for prizes throughout the year, including the overall championship prize at the end of the season.

If you‰Ûªre planning on being a part of racing this year‰Ûªs virtual series, make sure you subscribe to the Motul MX Nationals newsletter at www.mxnationals.com.au to receive more information and updates in the coming weeks.

The first round of the 2017 Motul MX Nationals will be held at Wonthaggi in Victoria on Sunday April 2.