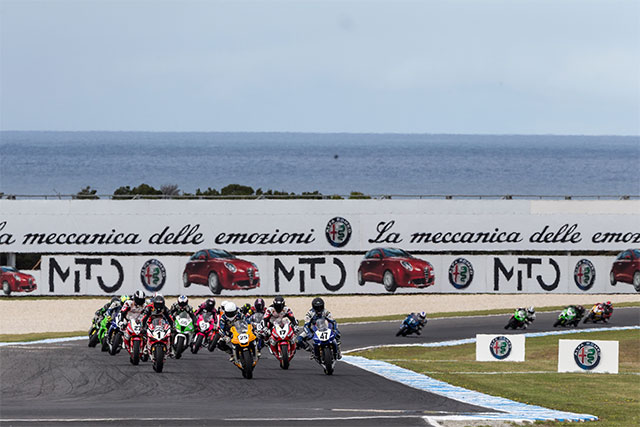 The first round of the 2016 FIM Superbike World Championship, brought to fans by Yamaha Financial Services, and Round 1 of the 2016 Yamaha Motor Finance Australian Superbike Championship presented by Motul Pirelli held at Phillip Island over the weekend, has been hailed as one of the most successful road racing events in years by Motorcycle Australia.

With more than 61,000 spectators streaming through the gates at the Phillip Island Grand Prix Circuit throughout the course of the weekend, fans were treated to warm weather conditions, and plenty of action on the race track.

Motorcycling Australia‰Ûªs Chief Executive Officer David Cottee was on the ground with the spectators at Phillip Island for the entire weekend, and spoke today of the collective success of the world class event.

‰ÛÏThe WSBK round at Phillip Island was nothing short of spectacular ‰ÛÒ if you were a fan you were treated to outstanding performances from both the international and Australian competitors, and if you were a team, rider or a member of the event staff you were well taken care of by the Phillip Island Circuit crew,‰Û