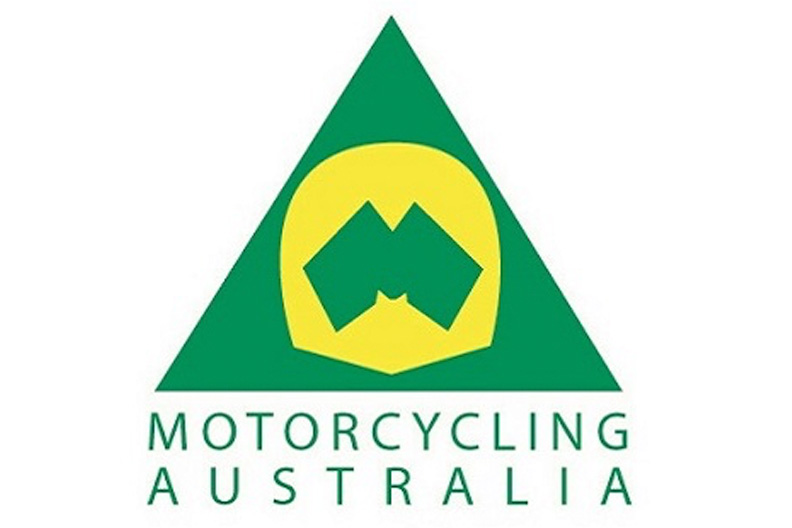 In a significant announcement, Motorcycling Australia (MA) and the State Controlling Bodies (SCB‰Ûªs) of QLD,NSW,NT,SA,TAS & WA have signed an Alliance Agreement.

In a stement MA said that the agreement will see a new effective, efficient and collaborative leadership structure for motorcycling across Australia.

To date, MA and the SCB‰Ûªs like many sports built from Club level up have operated as a Federated model, resulting in an inconsistent offering of products and services across the States and Territories. This is all about to change with a unified approach across the nation the MA stated.

This is the single biggest change ever made to the management of motorcycling in Australia. With a new approach and streamlined decision making process, members and stakeholders only stand to be rewarded with a host of benefits planned for the future.

Under the original Federated model, all SCB‰Ûªs (six states and one territory) operated as independent entities to MA with no accountability or processes to bring consistency and stability across the federation. Now under the Alliance model, all SCB‰Ûªs and MA will operate as seven equal parties with a consistent nation-wide approach.

An Alliance between MA and SCB‰Ûªs will, over time, enhance the safety and quality of facilities and benefits for its members and stakeholders. It will provide a streamlined decision-making body, providing a unified approach between all SCB‰Ûªs and importantly, instill a culture of collaboration. Motorcycling Victoria has not joined the Alliance Agreement at this time and will not participate in the national decision making process of the sport and will continue to operate independently of the other seven entities.

Peter Goddard, Motorcycling Australia President, said, ‰ÛÏIn sport, it‰Ûªs a completely new model, similar to a federation but with accountability and process. It‰Ûªs about the whole group working as one for a common goal and having a unified agreement process.

"To get the better outcome, it‰Ûªs better to sit down together and make an agreement about the best way forward for the sport and a means of having a much more unified direction, nationwide. We want alignment on licensing, member benefits and much more.

‰ÛÏIt‰Ûªs very positive and important that this agreement has been signed, so we can take the sport forward as a team. In principle, this should be a significant step forward and all of the bodies are very committed. It‰Ûªs all about making clear decisions and trying to help members and clubs to bring the sport forward.

‰ÛÏOverall as we progress, our aim is to engage with your average motorcyclist across Australia, not just in competition. Our goals are broader and we want to open our doors to all motorcyclist and enthusiasts, offering member discounts and much more. The more members we have, the stronger our voice will be. It needs to expand beyond what it is now, making it better for everyone."

Peter Doyle, Motorcycling Australia CEO, added, ‰ÛÏA huge amount of work by all the SCB's and MA over the last few years has led to arguably the most significant change in MA‰Ûªs structure since its beginning.

‰ÛÏPossibly a first in a national sporting organisation, the alliance agreement introduces accountability across the organisation and should ensure the veto vote by a single entity that has hampered the federation in the past is now removed from our sport. All eight entities have agreed to work in a cooperative and collaborative manner, as a group, to standardise and implement sporting opportunities across the country, rather than the historical eight different programs and directions we would expect to see. This can only be beneficial to the sport long term.

Brenton Matters, President of Motorcycling SA, concluded, ‰ÛÏThis is a culmination of a lot of effort behind the scenes. I want to thank the multitude of people that have helped to get this through. It‰Ûªs the biggest change to MA and the SCB‰Ûªs since their inception. It all began when the council came together four years ago with the Whole of Sport Review. That set up the framework and strategy of change for the future. That is where the idea of an alliance was born.

‰ÛÏThe Alliance Agreement basically holds all boards, MA and SCBs to the Alliance‰Ûªs principles. Basically, it will allow for better decision making as one board member can‰Ûªt halt a process if they disagree. Through a protocol, they will have to provide reasoning and work towards a unanimous decision. It‰Ûªs all about working together towards a common goal.‰Û