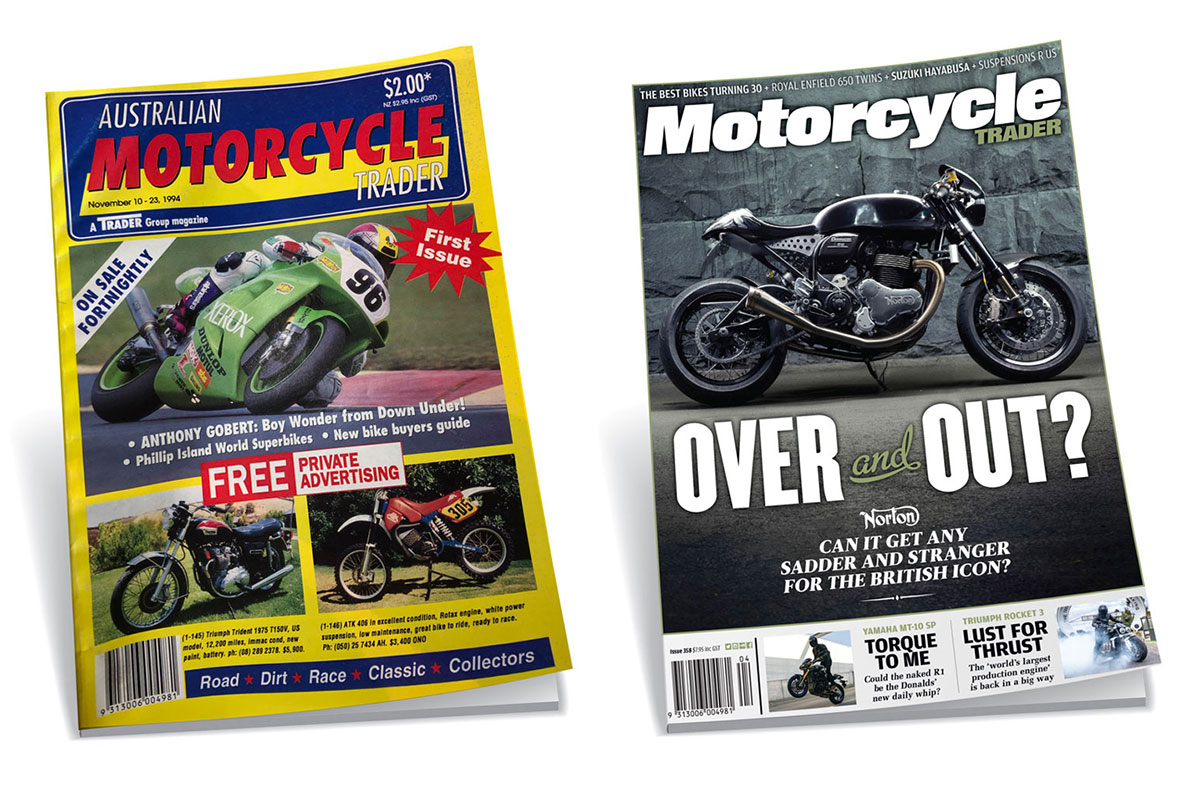 The first victim of these trying times is Australia‰Ûªs most endearing and relatable motorcycle magazine, Motorcycle Trader, has been discontinued.

The April edition (issue 358), which has just reached newsstands, will be the last.

Motorcycle Trader was launched in 1994 as a vehicle for classified advertising. Prior to the arrival of the internet, it regularly achieved circulation figures of more than 30,000 copies per month.

With the reduction in classified advertising, MT transformed successfully into a highly regarded consumer title with an eclectic mix of buying/selling and workshop advice as well as a unique take on motorcycling, old bikes and new. It quickly became known and highly respected for its journalistic accuracy and integrity as well as its unique, tongue-in-cheek humour.

While MT‰Ûªs circulation has remained strong, the market volatility of current pandemic events has reduced the industry support required to maintain the quality MT readers expect every four weeks.

‰ÛÏMotorcycle Trader has provided an honest sense of community among its readers and relatable writers like no other outlet. From an editorial viewpoint, we‰Ûªve absolutely poured our hearts and souls into making every edition the most informative, entertaining and engaging it could possibly be. While it‰Ûªs incredibly sad to see the magazine‰Ûªs closure, it‰Ûªs preferable to continuing with lower standards,‰Û