Motorcycle Sales Slow In The First Half Of 2015

‰ÛÏHonda was the leading volume manufacturer, once again, with 24.6 per cent of the market. Honda was followed by Yamaha with 18.6 per cent, Kawasaki with 9.9 per cent, Suzuki with 9.4 per cent and Harley-Davidson with 8.9 per cent,‰Û 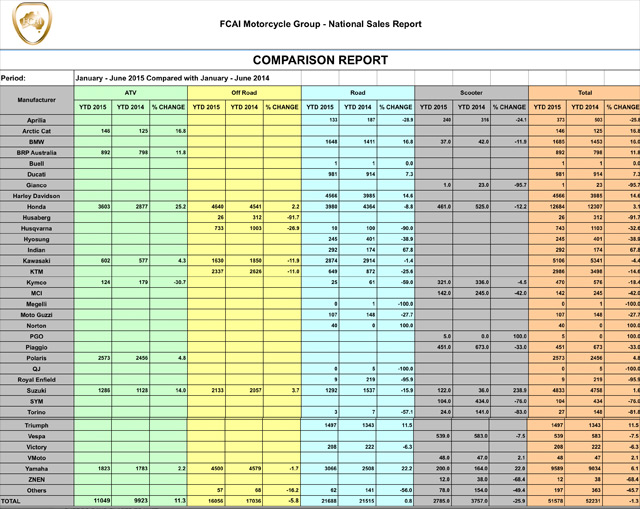