MotoAmerica To Showcase Its Stars At The Indy 500 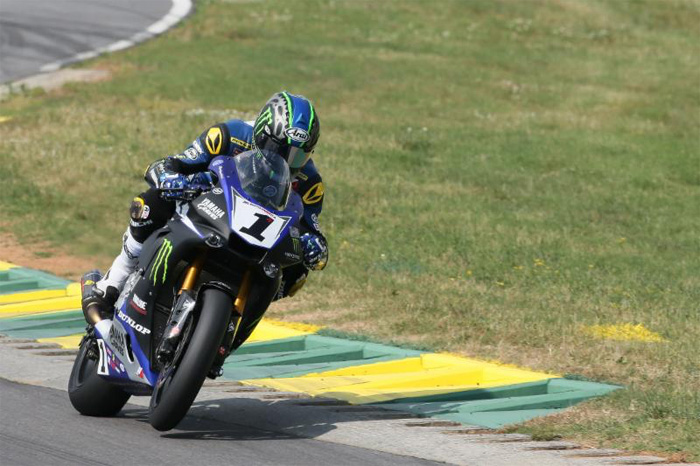 The MotoAmerica AMA/FIM North American Road Racing Championship will be exposed to 300,000 spectators and a potential viewership of some 6.2 million people when Josh Hayes and Cameron Beaubier perform a demonstration lap around the Indianapolis Motor Speedway oval prior to Sunday's 99th running of America's most revered motorsport event, the Indy 500.

Four-time AMA Superbike Champion Hayes and his MotoAmerica Superbike Championship-leading teammate Beaubier will ride their Monster Energy/Graves Motorsports Yamaha R1s around what is arguably the most famous 2.5 miles of pavement in the world at 9:54 a.m. (Eastern) just prior to the 12:15 p.m. (Eastern) start of the 99th running of the Indy 500.

The pair will also spend time with other celebrities and dignitaries on the Red Carpet prior to and after their demonstration lap.

"I think it's going to be really cool that we are going to get to race at the Brickyard this year, and to be asked to go and do a promotional event and see the Indy 500 is exceptionally cool," said Hayes, fresh off his two Superbike wins at VIRginia International Raceway last weekend.

"To be able to showcase the new R1 that Yamaha came out with this year to a new crowd of car people will hopefully entice a few of them to come to the motorcycle races. It's something I'm happy to be a part of."

To draw even more attention to the MotoAmerica Series and two of its biggest stars, both Hayes and Beaubier's Yamaha R1 Superbikes will be equipped with special, prototype, MotoGP-style exhaust systems designed and built by Graves Motorsports. So the bikes will be loud. For a sneak preview of what the bike looks like with the new exhaust, including how it sounds, Click Here.

Beaubier is also excited about his visit to the Brickyard.

"I'm really looking forward to watching the Indy cars go around, and I feel very fortunate to have this opportunity to ride our brand-new R1 Superbikes in front of a different group of motorsports fans," the championship leader said. "I think it will draw some more attention to our sport. I can't wait until this Sunday. It's going to be fun."

Last weekend at VIR, Hayes swept the MotoAmerica Superbike doubleheader with Beaubier finishing second in race one and third in race two. The wins were the 50th and 51st of Hayes' stellar Superbike career.

The pair, who have three wins apiece in the series thus far, will see action again in round four of the 2015 MotoAmerica Superbike Championship, the MotoAmerica SUBWAY Superbike Doubleheader at Road America in Elkhart Lake, Wisconsin, May 29-31.

"First I want to thank the staff at Indianapolis Motor Speedway for the invite to showcase MotoAmerica and two of its stars to a large audience of potential motorcycle road racing fans," said Paul Carruthers, MotoAmerica's Communications Manager.

"I also want to thank Yamaha's Keith McCarty, Tom Halverson and the rest of the team for their efforts in making this happen. And, of course, it wouldn't be possible without Josh and Cameron taking time out from their hectic schedules to go with us to Indy. I'm looking forward to a great day."