MotoAmerica Set For Return To Utah 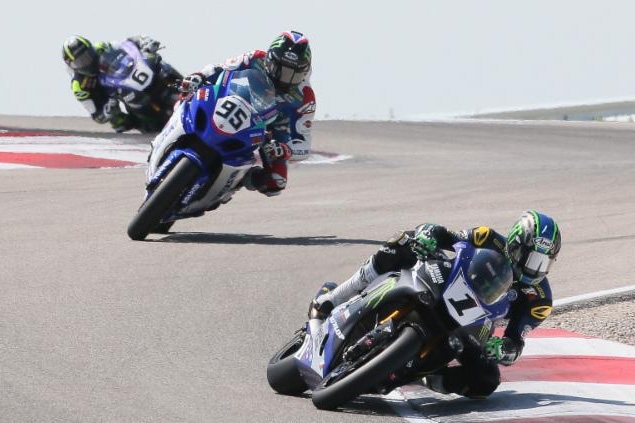 The race will be round seven of the nine-round MotoAmerica series.

"The circuit itself is one of the premier venues in the United States and the plans currently underway look to enhance that further," said MotoAmerica partner Chuck Aksland. "The nature of the track can produce some great racing and it's a favorite track among the riders and teams.

"It's a real challenge with the variety of corners and high speeds obtained down the straight. We think racing on Saturday will be a good change and we plan on giving race fans three solid days of quality on-track action.

"Salt Lake City and its surrounding area is a true destination spot and we are confident that this event will continue to grow year by year."

Monster Energy Graves Yamaha's Josh Hayes won both of the Superbike races in Utah in 2015 after two hotly contested battles with his teammate, 2015 MotoAmerica Superbike Champion Cameron Beaubier. Yoshimura Suzuki's Roger Hayden finished third in both of the races held in June.

"We are delighted that Utah Motorsports Campus will be part of the 2016 MotoAmerica championship," said Alan Wilson, president of Utah Motorsport Campus. "Our track has historically been very popular among motorcycle racers, providing many memorably competitive events. We look forward to more of the same in 2016."

Geely, the largest independent automotive company in China, recently reached an agreement with Tooele County in Utah to purchase Miller Motorsports Park and have renamed it Utah Motorsports Campus. The racetrack, which is located on the outskirts of Salt Lake City, has hosted both MotoAmerica and World Superbike racing since opening in 2006.

Top Image: The MotoAmerica Series will return to Utah in 2016 at the newly named Utah Motorsports Campus. Josh Hayes (1) won both Superbike races there in 2015.