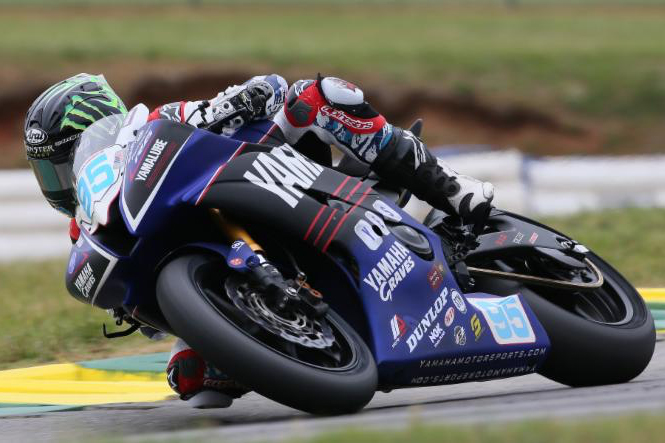 The 2015 MotoAmerica AMA/FIM North American Road Racing Championship heads to America's heartland and Elkhart Lake, Wisconsin's Road America this weekend for round four of the series, the MotoAmerica Subway Superbike Doubleheader, and the opening round of the highly anticipated KTM RC 390 Cup.

The KTM RC 390 Cup, a spec class for riders aged 14-22, has attracted an opening round entry of 24 riders representing 14 states, in addition to Mexico and Canada. The series opener at Road America also features a lineup that includes siblings of current MotoAmerica racers, such as the young brother of MotoAmerica Superbike Championship leader Cameron Beaubier - Ezra.

The opening round will also feature Ashton Yates, the son of nine-time AMA Superbike race winner Aaron Yates. The KTM RC 390 Cup will feature two seven-lap finals of the four-mile Road America - one on Saturday and the other on Sunday.

The MotoAmerica Superbike Championship is also heating up with Monster Energy Graves Yamaha's Hayes closing to within 16 points of his teammate Beaubier after two dominating victories at VIRginia International Raceway two weeks ago. Hayes went into Virginia trailing his young teammate by 30 points, but the four-time Superbike Champion clawed back 14 points on the 22 year old with his doubleheader sweep. Hayes now trails Beaubier, 131-115. The two Yamaha men have swept all six of the races thus far with three wins apiece.

Yoshimura Suzuki's team of Jake Lewis and Roger Hayden sit third and fourth in the championship, respectively. Lewis has 84 points via his thus-far consistent rookie season of Superbike racing while teammate Hayden has 68 points after bouncing back from his disastrous Road Atlanta round to finish third and second in the two races at VIR.

Bernat Martinez dropped down to fifth in the series standings at VIR, the Spanish rider and his Yamaha Blumaq entry ending up seventh and ninth at VIR after finishing a career best third in race two in Atlanta.

GEICO Suzuki's Chris Ulrich and Team 21 Suzuki's Elena Myers are separated by just a point in their battle for sixth in the series standings. Eighth-placed Stefano Mesa leads his new Turbo Turtle Racing Honda teammate Danny Eslick by four points with Mathew Orange rounding out the top 10 in the series standings heading to Road America.

When Roadrace Factory's Jake Gagne finishes Superstock 1000 races, he wins them. Thus far Gagne has four wins in six races with his two non-finishes (one at VIR and one at Road Atlanta) helping keep the title chase in that class close. Taylor Knapp is second in the series standings, six points behind Gagne on his TOBC Yamaha. Tyler O'Hara is third, another four points behind, on his O'Hara Racing Yamaha.

The closest championship so far in 2015 is the Superport title chase with three riders going into Road America separated by just seven points. Yamalube/Y.E.S./Graves Motorsports Yamaha's JD Beach leads the series standings by just a single point over his teammate Garrett Gerloff with Wheels In Motion/Motorsports.com/Meen Yamaha's Josh Herrin third just seven points behind. Those three riders have dominated thus far with each of them winning twice.

"Going into Road America with the points lead... well, I'm still going to treat it like I have been," Beach said. "I'm going there to do the same job and to ride as hard as I can and as fast as I can and get some wins.

"Road America is a really nice track. I like how long it is and how it flows really good. I've always had a lot of fun there and I'm looking forward to this weekend."

Herrin's teammate Joe Roberts, meanwhile, was dominating the Bazzaz Superstock 600 series until VIR when the Californian crashed out of race two, handing victory to Mexico's Richie Escalante. Roberts' non-score combined with Escalante's first win of the season gives the Escalante Racing rider the championship points lead with 78 points to Roberts' 75. Travis Wyman, who is the only rider to finish on the podium in all four races, is third with 72 points.

Road America has played host to AMA Superbike racing without interruption since 1980 when Freddie Spencer won the Superbike National on his Honda. Spencer would go on to win three World Championships.

Of Josh Hayes' 51 Superbike wins, seven have come at Road America. When Cameron Beaubier beat Hayes in race one last year in Wisconsin, it snapped a five-race Road America win streak for the veteran.

MotoAmerica president and three-time 500cc World Champion Wayne Rainey won the Superbike National at Road America in 1986 on a Honda.

The winningest brand of motorcycle in the history of Road America Superbike racing is Suzuki with 14 wins. Honda is second with 12 victories and Yamaha is third with 10.

All five classes will be streamed live from Road America and can be accessed through www.MotoAmerica.com.

Top Image: JD Beach leads the Supersport Championship heading into the Road America round this weekend, May 29-31, in Elkhart Lake, Wisconsin.