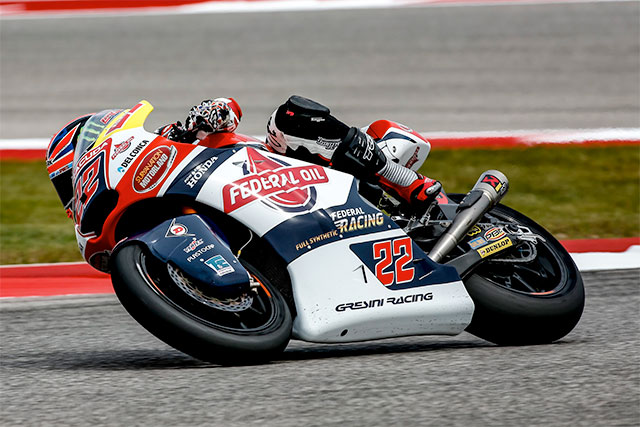 After the first three flyaway races in Qatar, Argentina and Texas, the exciting fight for the 2016 Moto2 World Championship resumes this weekend at Jerez de la Frontera, home of the Grand Prix of Spain.

On the eve of the first European round of the season, the fight at the top of the ranking is fiercer than ever, with the 25-year-old Team Federal Oil Gresini Moto2 rider Sam Lowes leading the standings with 47 points, closely followed by Spaniard Alex Rins (46) and Frenchman Johann Zarco (45).

On a track where he already showed a serious speed during winter testing, the target for Lowes is to follow up the excellent start to the season, joining again the fight for victory and thus maintaining the championship lead.

‰ÛÏIn Jerez all the riders made a lot of testing before the start of the season, so I expect another hard fought race weekend," Lowes predicted.

"During winter testing we‰Ûªve always had a good feeling with the bike at this track, so hopefully we can make a good race. I like the circuit a lot, although actually my results have been so and so in the last two years. Also, it‰Ûªs always a pleasure to race at Jerez because there is always a big crowd and a great atmosphere. I can‰Ûªt wait to get back on track, especially now that we are coming off from two good races and we are leading the championship‰Û