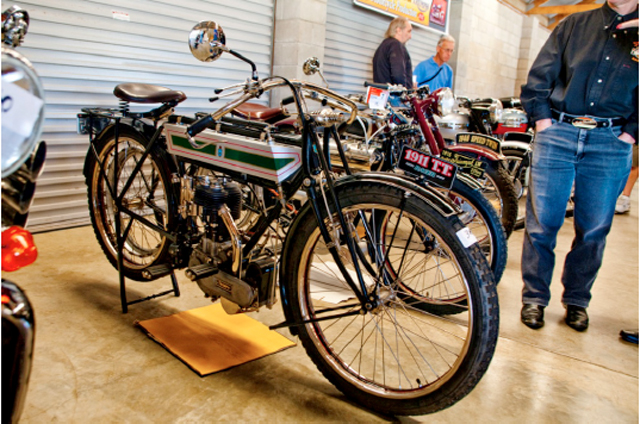 Some of the world's rarest motorcycles will be proudly showcased at the inaugural MOTO EXPO on March 21-23 at Brisbane's RNA Showgrounds.

Thirty-five historic motorcycles valued at over 1.5million dollars collectively, will be on display including a 1911 Triumph TT racer which is one of only two in the world, the only 1913 Precision in existence and a 1959 Matchless Dirt Track Racer owned by Brisbane local John Finglas and raced at the RNA Showgrounds throughout the 1960‰Ûªs.

Another incredible motorcycle that has never been seen before in Australia is the factory works SR500 that was ridden by five-time World Motocross Champion George Jobe in the 1984 World 500 Championship.

The event will also see the return of the Geoff Grocott built Vincent HRD Speedway Sidecar to the historic motorcycle-racing precinct. Current owner Ray Andrieux purchased the Vincent in 1969. He raced the Vincent at the RNA Showgrounds to great success throughout the early 1970's before selling the bike in the late 1970's.

Andrieux bought back his old Vincent in 2006 and spent two years finding the missing parts and restoring it to the way it was when he last raced it.

Event Organiser Troy Bayliss said it was an incredible feat to secure such a rare collection of bikes for MOTO EXPO.

‰ÛÏTo bring all of these rare motorcycles together in one exhibition is huge achievement,‰Û