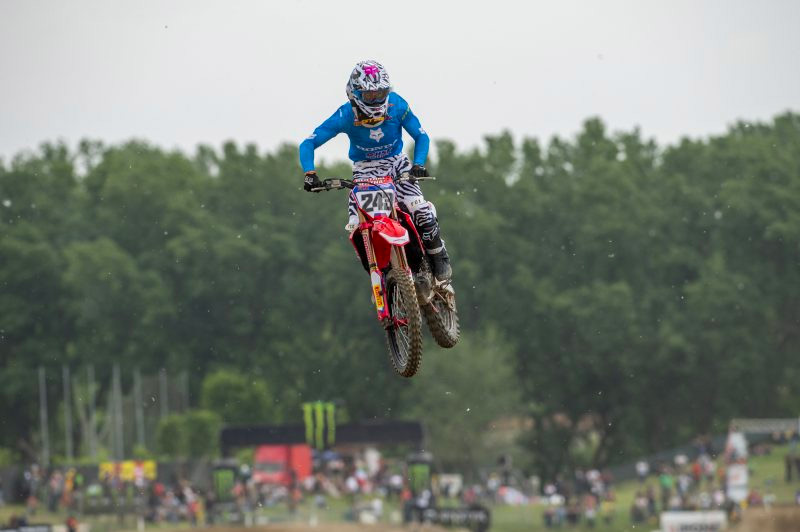 Tim Gajser will looking to bounce back and put his Honda CRF450RW on podium again. Photo: Bavo
The sixth round of the 2019 motocross world championship sees Team HRC head to Agueda, Portugal for what should be another different challenge in this testing season.

After the mud of Lombardia, the red clay surface of Agueda can provide a lot of grip if it has moisture but without the necessary water it can be quite hard-pack and dusty. This makes it a real challenge, but one that Tim Gajser, Brian Bogers and Calvin Vlaanderen are highly motivated to overcome.

For Gajser, he‰Ûªll be looking to bounce back and put his Honda CRF450RW on podium again, like he achieved at the first four rounds. The title challenger showed his pace in the motos, posting both fastest laptimes, but he just struggled to stay consistent in the extremely muddy conditions. Portugal should offer a much different surface though, with nowhere near as much rain forecasted to fall on the area. If that remains the case, the natural layout and nice jumps should allow the Slovenian rider a good chance to match the victory that he achieved at the MXGP of Trentino.

"I‰Ûªm going to train hard this week to make sure that I am ready for Portugal," Gajser stated, "I like the track at Agueda, it is really natural, with the uphills and downhills. Some nice jumps and red clay that can get really grippy. Sometimes it can be a bit too dry but I know they know how to prep the track so I am definitely looking forward to it. Lombardia is behind us and now I‰Ûªm focusing on Portugal." 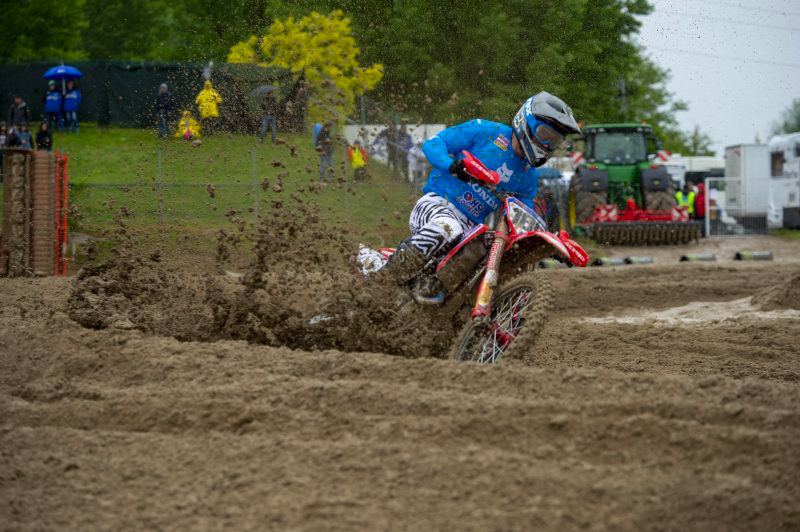 "Obviously it was great to get that second place result in Mantova, but I can‰Ûªt afford to stop working now," Bogers said. "I need to keep building and keep improving and making sure that last week happens again and again. The races are coming up very quickly now so there isn‰Ûªt much chance to change too much, so it‰Ûªs all about those little things that can help keeping me moving forward." 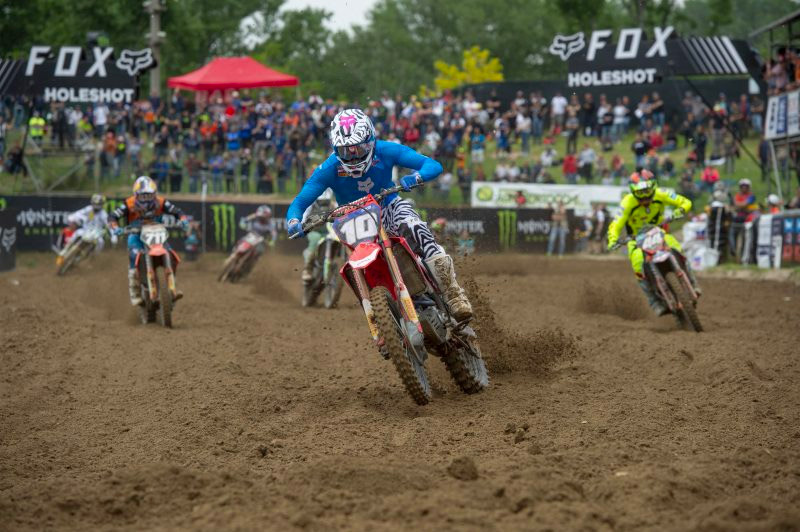 "Portugal is a really nice track. Last year they had a lot of rain and it became really rutted and I didn‰Ûªt have my best result there but I‰Ûªve had a podium before in the EMX125 series so I really enjoy the track and racing there," Vlaanderen recalled. "I‰Ûªm actually going to stay in Italy for a couple of days to test, before flying home to Holland quickly and then it‰Ûªs off to Portugal. Not much time and my foot does need some rest so that is as important as the testing but I aim to allow that to happen this week so I can hopefully come out a little bit more prepared than this weekend."