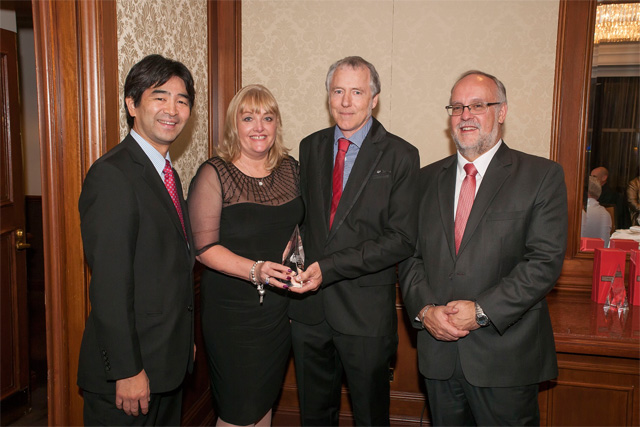 Honda Motorcycles Australia have announced that Morgan Motors has been awarded National Dealer of the Year 2015.

The announcement was made at the Dealer of the Year Awards Dinner held in Melbourne over the weekend.

Honda took the opportunity to congratulate all of the State and Territory winners who were all in attendance at the awards dinner.

The Honda Motorcycles Dealer of the Year Awards reward excellence in dealership management and customer service. Over a 12 month period, a rigorous performance review is undertaken on all Honda Motorcycle Dealerships in order to calculate the winners.

Honda appreciates the vital role Honda Dealerships play in responding to customer‰Ûªs needs and expectations and would like to thank the entire dealer network for their hard work and to congratulate all of the winners.