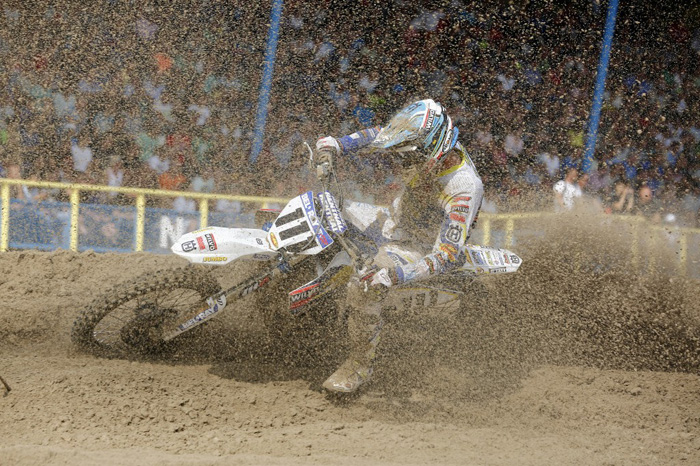 The GP of The Netherlands held in Assen on Sunday the 30th of August saw Red Bull IceOne Husqvarna Factory Racing‰Ûªs Todd Waters fight through a challenging day of racing in the MXGP class to score a top ten overall result.

Ending the first moto inside the top ten with a respectable ninth, the Aussie had to dig deeper in moto two. Starting in 15th Todd made a number of small mistakes yet still ended up battling for eighth. Two laps before the end he dropped one position and had to settle for ninth.

‰ÛÏToday was fun, but really different." Waters explaind. "The sand was so deep and parts of the track pretty tight ‰ÛÒ it was really hard to keep momentum up.

"I rode a little tight in the first moto and struggled as a result. Being able to get a good rhythm going in these conditions is so important, but I just couldn't make it happen like I wanted.

"Things were coming together for the second moto but then I made a silly mistake. It was tough after that. I made a few more mistakes and although I felt like I was riding ok I‰Ûªd lost a lot of time.‰Û 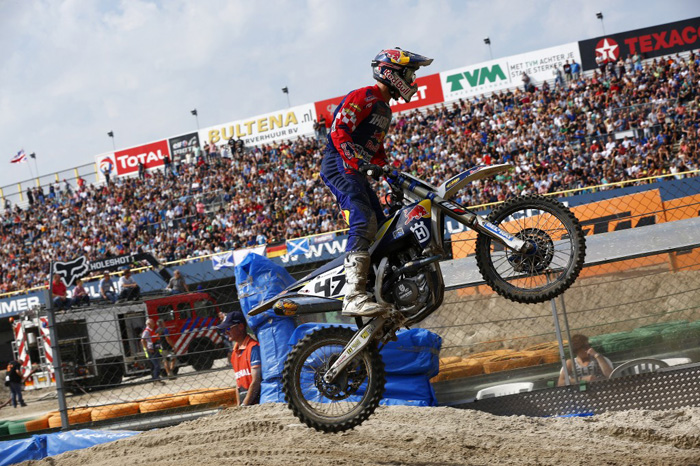 Dean Ferris is in some great form heading into the 2015 MXoN
Once again powering his FC 350 to two incredible starts Dean Ferris ended up being the third Husqvarna Motorcycles rider inside the top ten of the MXGP class with ninth overall. Eighth in moto one, the Wilvo Nestaan Husqvarna Factory Racing rider was second at the start of moto two but a mistake and a crash dropped him to 11th.

The FIM Motocross World Championship will now cross the Atlantic for the penultimate round of the season in Leon, Mexico on September 12/13.