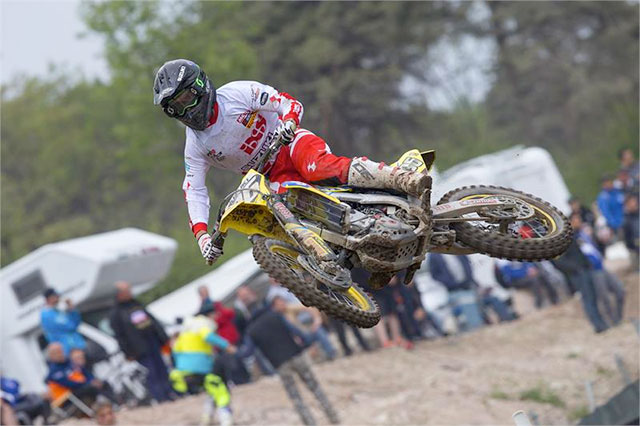 Hunter Lawrence has once again had lady luck desert him in MX2 qualifying for the 2017 MXGP of Trentino in Italy.

The young Australian felt like he rode better this round but ended up 20th after getting involved in a second turn incident that left him with bruises to his arm.

‰ÛÏOff the line I got a good start, all the shifting went well but then in the second turn I got taken out; someone hit my front wheel," The Suzuki World MX2 rider explained.

"While I was on the ground someone else hit my arm and it was on fire, a bit numb so I had to shake that off and go to work.

"I think my riding was good and again the results don‰Ûªt reflect on how I‰Ûªm feeling on the bike and the way I‰Ûªm riding. I felt the speed was there as my laptimes were pretty close to the guys at the front of the field and I was having to deal with traffic and make passes and take different lines, I just ran out of time to get further forward. I‰Ûªm happy about it though, I‰Ûªm tired of coming away disappointed so I‰Ûªm going into tomorrow excited with the chance to do better in the longer motos," he concluded.