Monster KRT in good form ahead of MXGP season opener 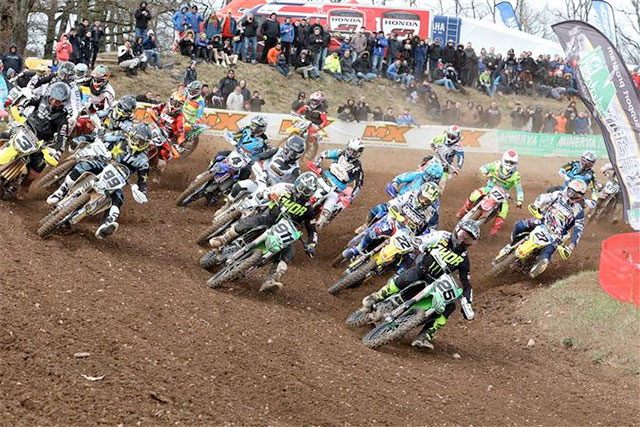 ClÌ©ment Desalle won two races out of three and Jordi Tixier was on the podium each time for the Monster Energy Kawasaki Racing Team in their final pre-GP warm-up race at Lacapelle Marival in France.

One week after their season debut at Hawkstone Park, and just a few days before sending the material to Doha for the first Grand Prix of the season, the team entered the French event to finalize its preparation for the MXGP FIM World Championship.

Both ClÌ©ment and Jordi felt comfortable on the natural layout, and posted the first and fourth fastest lap times in the morning before they clinched the holeshot in each of their three races! ClÌ©ment got the first holeshot and dominated the 20 minutes plus 2 laps race, while Jordi Tixier forced his way from an initial third to finish second. The next holeshot was for Jordi, who led the race for five laps and finished second, while ClÌ©ment clinched the overall victory, another 1-2 for the team. 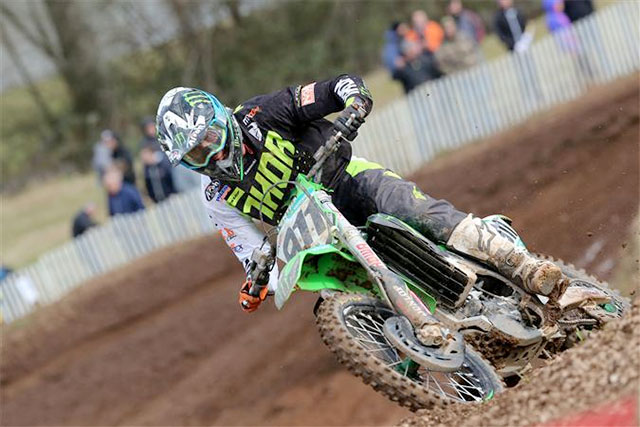 Jordi Tixier
The Super final, featuring the fastest riders from both the MX1 and MX2 classes, was another good race for the KRT boys; ClÌ©ment got the holeshot followed by Jordi, and the 450 Kawasaki‰Ûªs ended the final race of the day in first and third position. The bikes will be shipped to Qatar this Wednesday, while the team staff will fly to Doha one week later for the first of the nineteen rounds of the world series.

"It was a good weekend with good starts which was important even if we didn‰Ûªt have the same metal plates which we‰Ûªll have for the GPs now," Desalle said.

"I really enjoyed this track, I had a good feeling all day long and won two races so that‰Ûªs positive. I was sick this week and that‰Ûªs always annoying as the start of the season is approaching, but today I felt OK and that‰Ûªs important. Of course after what happened in Valence last year during a pre-season race I didn‰Ûªt want to take any risks. The goal was to have a good feeling with the bike and have fun today; we changed some settings on the bike during the weekend and now I feel ready for the GPs.‰Û 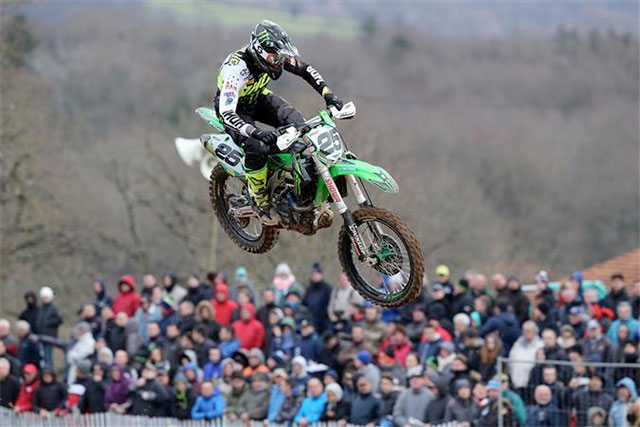