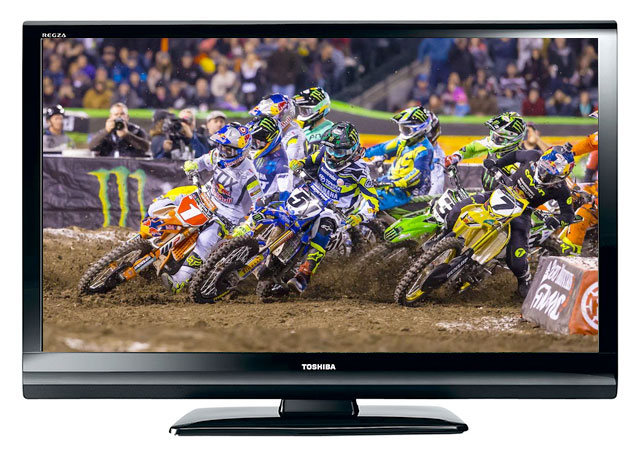 Feld Entertainment has reported a significant television ratings increase in the Monster Energy Supercross Television Rating in the U.S.

As of this Saturday's race in Seattle, Monster Energy AMA Supercross, a FIM World Championship, is up 21 percent year-over-year through thirteen races. Fueled by a deadlocked 450SX Class points race between Ryan Dungey and Eli Tomac, specifically the Saturday, April 1, 2017 live broadcast from St. Louis helped propel FOX Sports' FS1 to the top ratings spot among all cable sports networks in prime time, while posting an impressive 50 percent increase among the coveted 18-49 demographic.

"At a time when traditional stick and ball sports and other motor sports television ratings are on the decline, these Monster Energy Supercross television ratings are of particular significance, especially when you look at our dramatically higher penetration within the 18-49 segment," noted Nicole Feld, Executive Vice President, Feld Entertainment.

"However, increased television ratings paint only part of the success picture for Monster Energy Supercross in 2017. Attendance is up over 10 percent year-over-year, digital engagement across platforms is at an all-time high and fan demand for the brand's new pay-per-view live offering is exceeding expectations, with international fans streaming Supercross telecasts in 109 countries outside of North America."

Beyond television, Feld Entertainment motor sports has been increasingly committed to creating new content and improving the variety of ways fans can engage with the sport and the Monster Energy Supercross brand. These efforts have led to a 20 percent increase in traffic to SupercrossLIVE.com, a 90 percent increase in YouTube views and a 25 percent increase in overall social network audience size, since the start of the 2017 season this January.

With three races to go and 450SX class points race poised to come down to the last race or even the last lap, Monster Energy Supercross is well-positioned for a historic and potentially record-breaking finish to an already successful season.