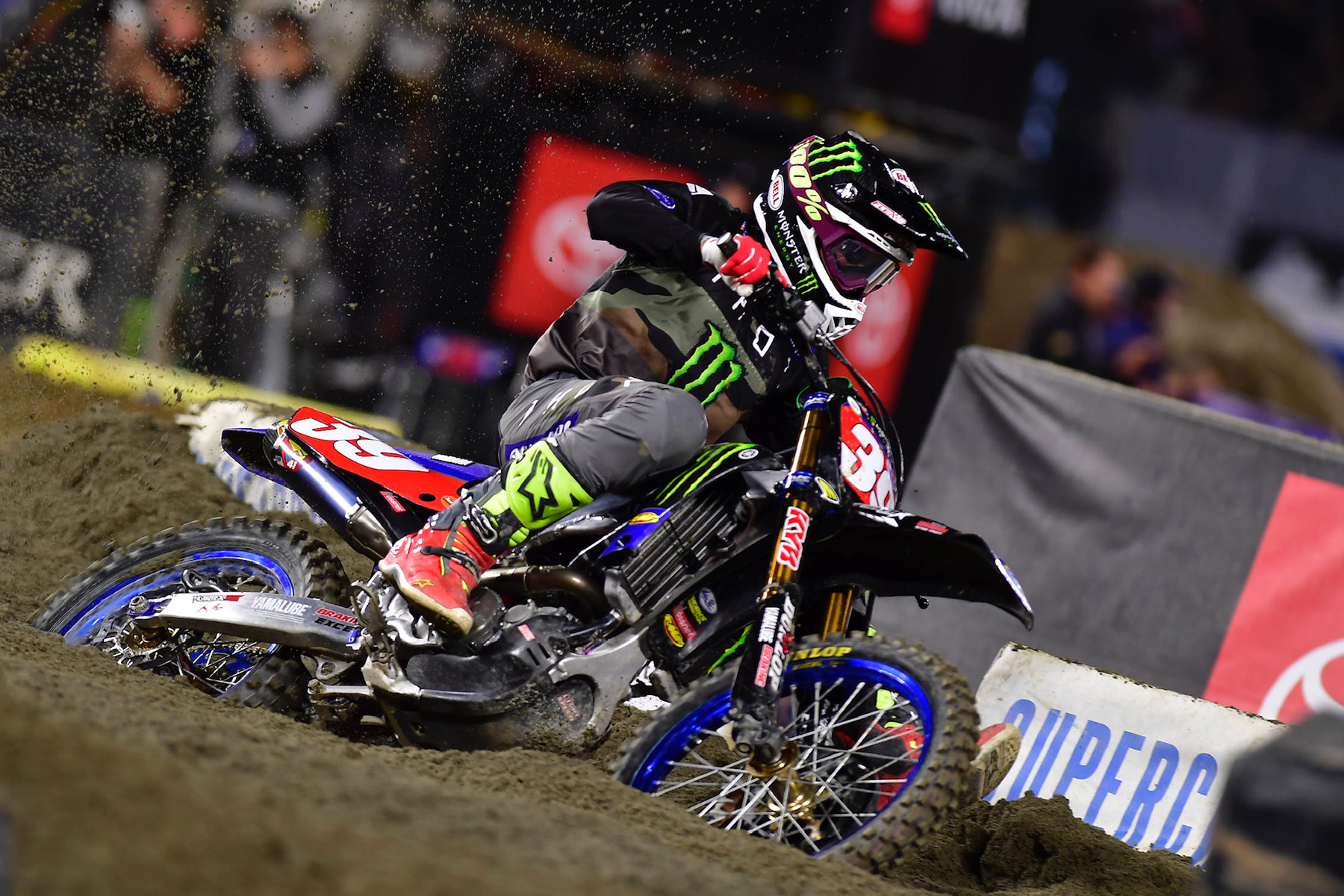 Nichols fired the first shot with a win in main event 1, followed by Ferrandis for a 1-2 finish on the Monster Energy Star Yamaha Racing Team‰Ûªs 2019 Yamaha YZ250Fs. In the second main event, it was Ferrandis‰Ûª turn. At first it looked like another Nichols win. He got a great start to take the lead but the Oklahoma native made a few errors, one of which saw him on the ground. Ferrandis capitalized on teammate‰Ûªs mistake to take his first win in a 250SX main event.

With the pair splitting wins, it all came down to the third and final race. With victory fresh on his mind, Ferrandis pushed hard for position to try and score the overall. The Frenchman found a fast line in the rhythm lane and was able to pass Nichols, but unfortunately a third-place result was short of what he needed to take the top step of the podium at Anaheim 2.

Nichols was unfortunately unable to continue the form that saw him take the first win of the evening, ending the night with a 3-4 finish. Still, championships are won by accumulating podiums and round three was an important one for the 250SX West Championship points leader. Nichols heads to round four with a two-point lead in the standings, with teammate Ferrandis trailing by seven points in third.

‰ÛÏThe track was very difficult," Nichols said. "It got really rutty and soft during the third main event, so made it very hard to continue to jump the rhythm sections and keep everything consistent. The bike was incredible, got off to three really great starts. I‰Ûªm a little bummed with the way I rode in the last main event after getting the holeshot, but overall it was a good night. Still came out with a podium, can‰Ûªt be mad at that.

‰ÛÏIt was also pretty tough to bounce back in between each race, with there being a short time in between each one of the main events. Made it physically demanding, but happy with the way I rode. Just have to get a little bit better," Nichols said. 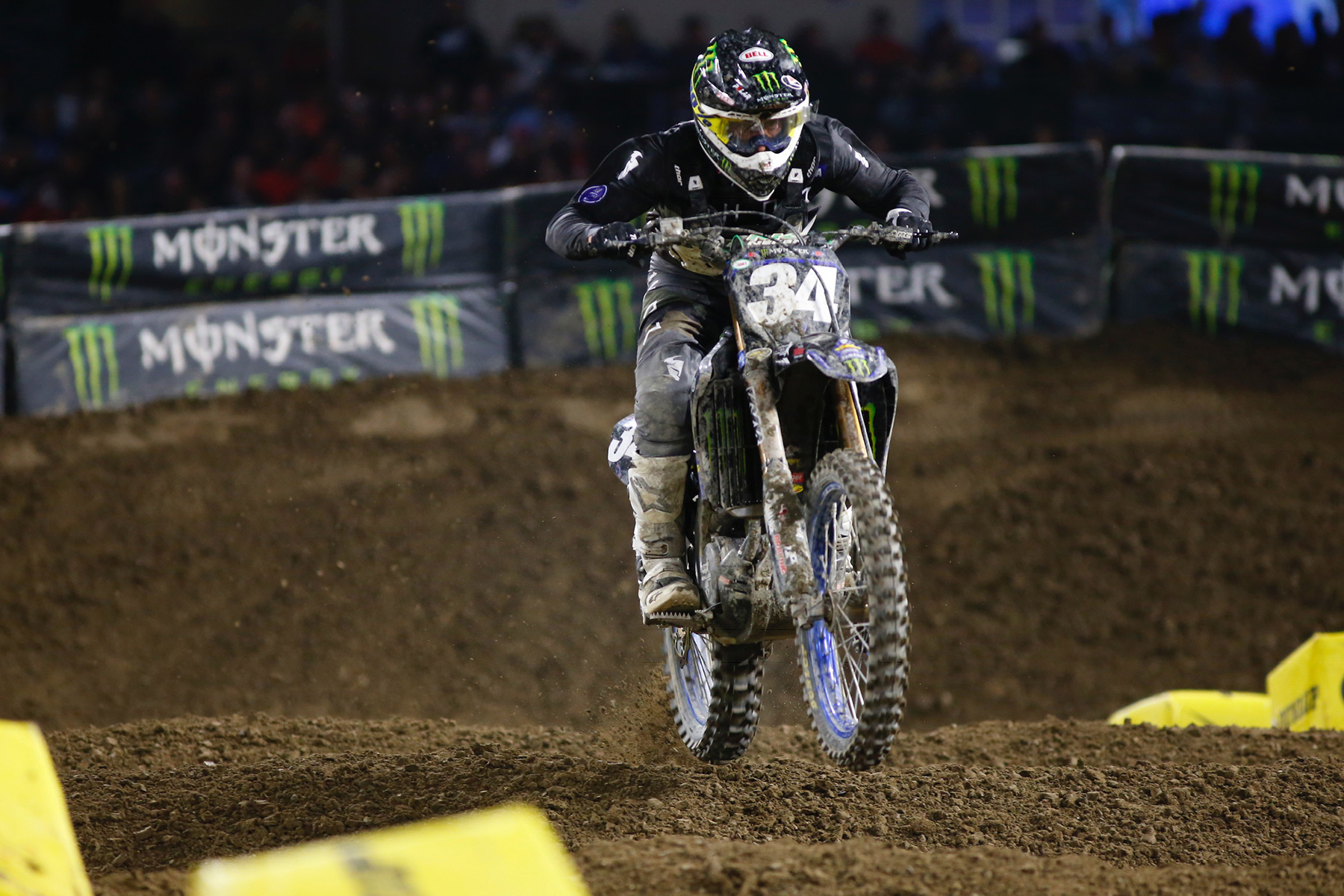 Frenchman Dylan Ferrandis finished second overall in the first triple crow of the season and now sits third in the standings. Photo: Yamaha Racing.
Dylan Ferrandis found the night's format of three race physical and admitted to being a bit disappointed with his overall result.

‰ÛÏThe short amount of time between each main event made it physically demanding, but I felt good and strong all night," the Frenchman said. "All the rain from the week, made for a really technical rhythm section, but the bike was awesome. My teammate and I were able to put the bike up front at every start. I‰Ûªm a bit disappointed to finished second again, but me and my team are going to analyze our race and work on what we need for the win.‰Û 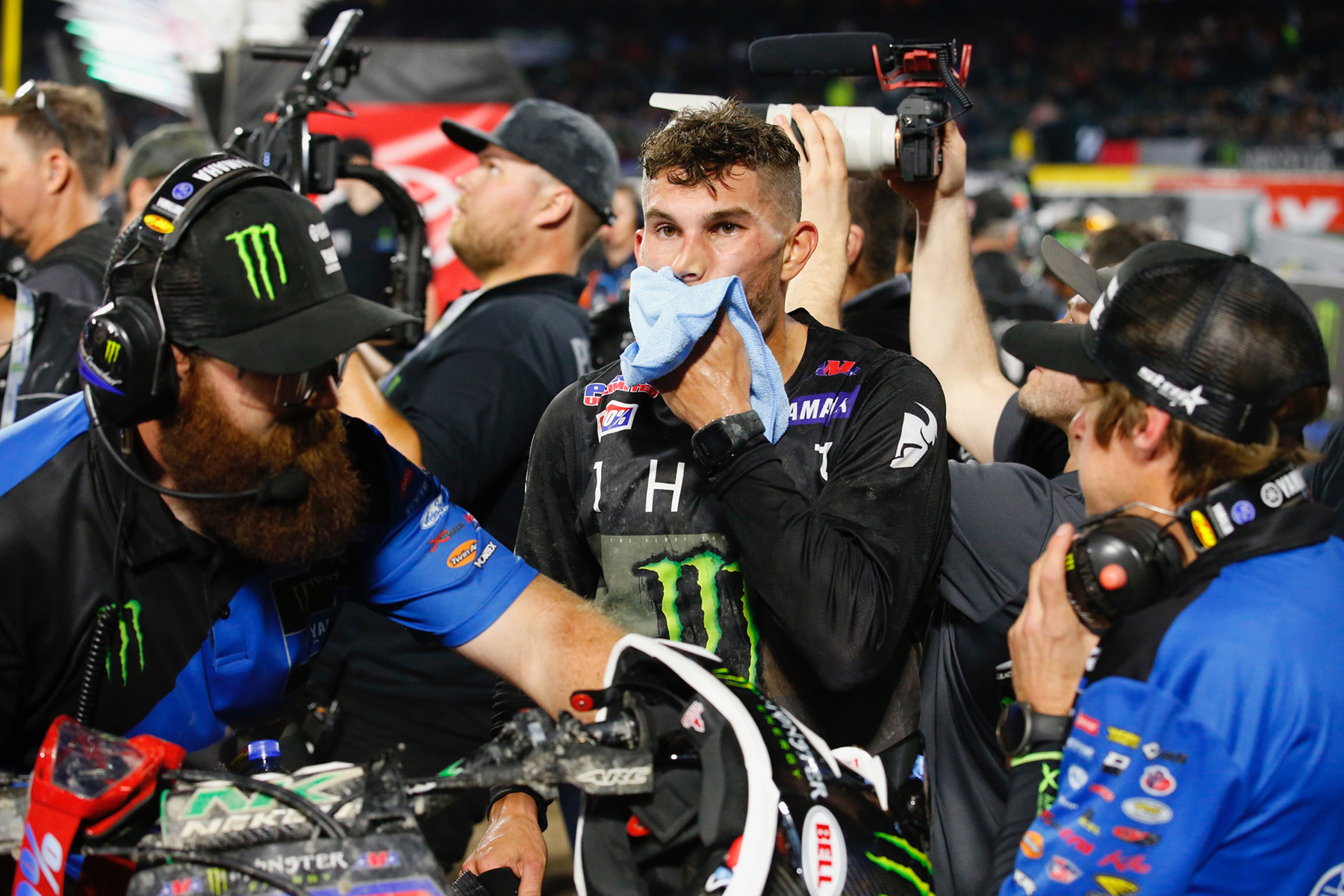