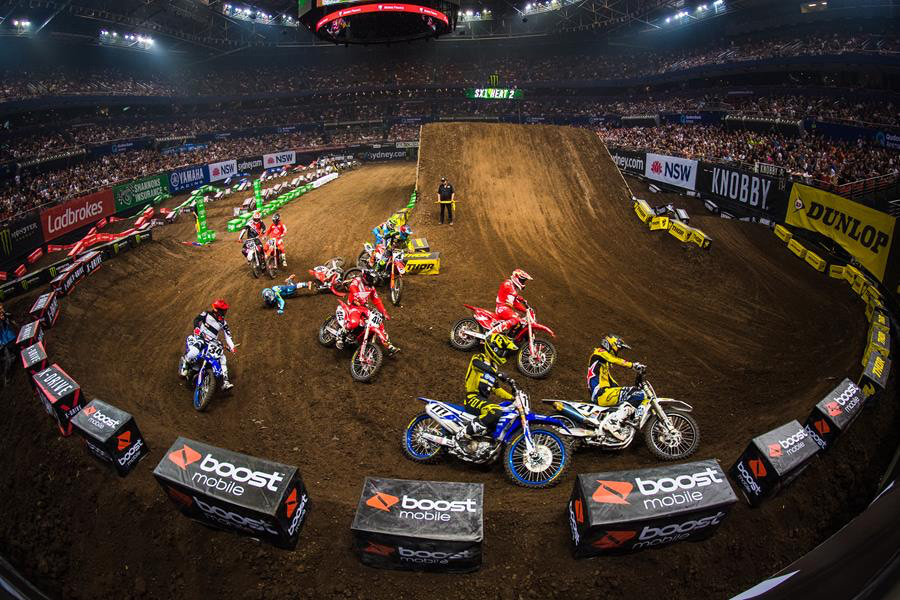 6,000 tonnes of dirt will be trucked into the venue creating one of the most extreme tracks New Zealand has ever seen as Auckland plays host to the grand final of the Monster Energy S-X Open Supercross FIM Oceania Championship, which promises to be the largest off-road motorcycling series outside of the USA.

Created by the founders of the sell-out AUS-X Open Sydney, S-X Open Auckland is set to bring motorsport fans more action, entertainment, pyro, music, lights, and drama than ever seen in the city before.

Tickets will be available from Ticketmaster from August 16th, but fans are able to sign up for the VIP Members Presale which begins on August 14th by going to www.sxopen.com for the best chance at grabbing the ultimate seats before they‰Ûªre available to the public.

Supercross has been touted as one of the fastest growing and most extreme forms of motorsport on the planet. Athletes battle side-by-side, on 100 kg motorcycles, soaring 40 feet into the air and aggressive bar-to-bar contact is a regular occurrence throughout the short, explosive racing formats. Riders are more like modern-day gladiators, fighting within millimetres of catastrophe at all times.

Auckland Tourism, Events and Economic Development (ATEED) will be supporting the event as part of Auckland‰Ûªs Major Events Portfolio, which generates social and economic benefits for the region.

ATEED Head of Major Events, Stuart Turner, says the S-X Open Auckland firmly puts the region on the map as a host city for a dynamic sport with large local and international broadcast and social media followings, at a time of year when there is plenty of accommodation capacity in the city.

‰ÛÏIt is exciting for Auckland to add this fast-paced, action-packed new event to our 2018 calendar, and we look forward to welcoming Supercross fans from around New Zealand and top riders from around the world here to enjoy a great blend of high-energy motorsport and live entertainment along with everything else Auckland has to offer,‰Û 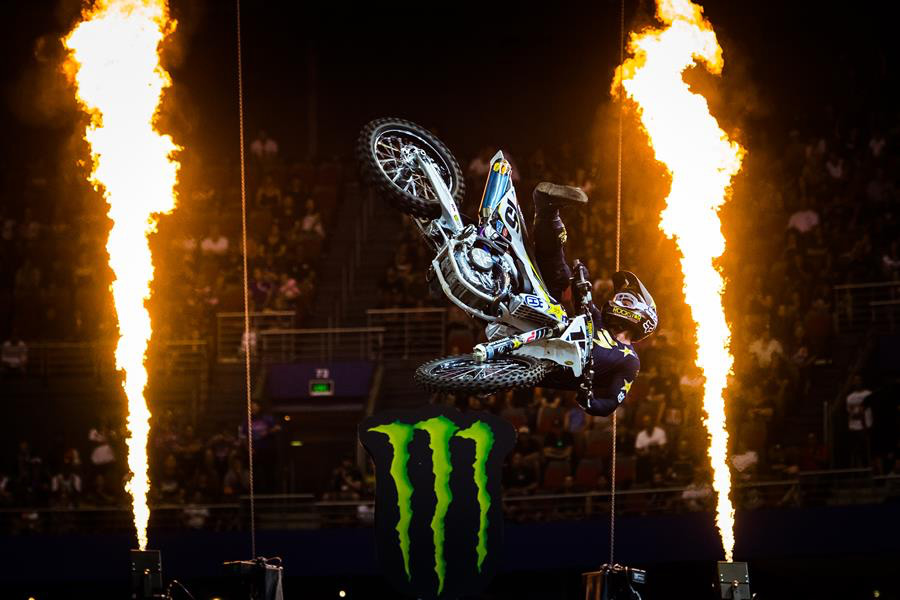 Supercross and FMX will be in full flight at Mt Smart Stadium on November 24
Global energy drink giant Monster Energy has also been confirmed as Naming Rights Partner for the S-X Open Auckland event, which Marketing Director Oceania - Tim Ryder says was a natural move for the brand.

"Monster Energy has a long-standing association with Supercross and Motocross riders and teams worldwide, including some of the sport‰Ûªs best in Ricky Carmichael, Ryan Villopoto, and Justin Barcia, and to now be the title sponsor of the S-X Open Auckland is an exciting addition to our strong stable of event partnerships," Ryder said.

"Securing the title partnerships of both the S-X Open Auckland and AUS-X Open Sydney is a natural move for us as we continue to expand our involvement in Supercross across Oceania.‰Û