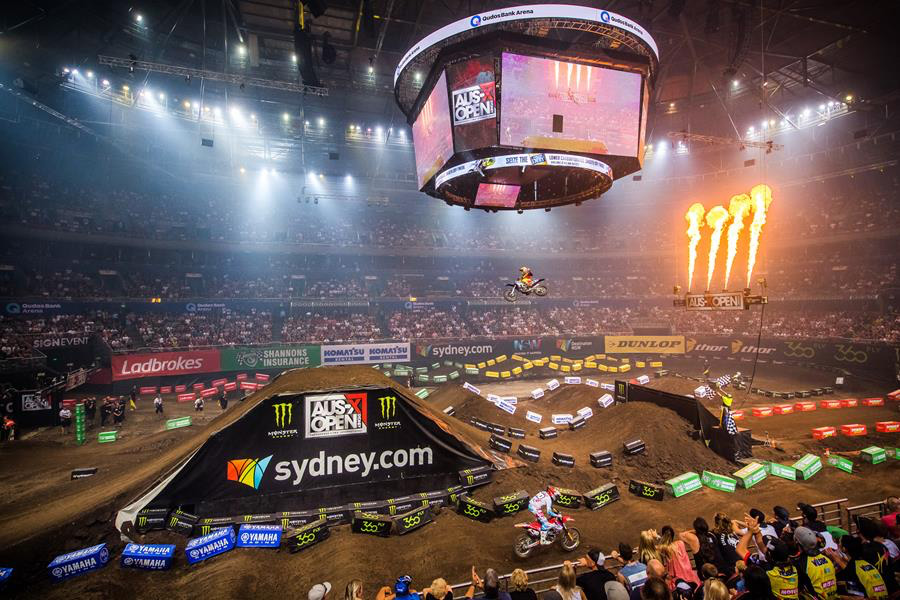 AUS-X Open Sydney have announced energy drink giant Monster Energy as the official title sponsor of this year‰Ûªs event, at Qudos Bank Arena on November 11 and 12.

Established within the global event spotlight after the success of two consecutive events in 2015 and 2016, the 2017 ‰Û÷Monster Energy AUS-X Open Sydney‰Ûª is one of the biggest Supercross, Freestyle Motocross and action sports events in the world.

Monster Energy and some of its greatest athletes have had a fantastic affiliation with the AUS-X Open over the past two years, and after experiencing such phenomenal growth it was only fitting the two combined, making for a powerful partnership at this year‰Ûªs event.

‰ÛÏMonster Energy has had a long-standing association with Supercross and Motocross riders and teams." Monster Energy Senior Vice President of Marketing; Marianne Radley said. "Some of the sport‰Ûªs best riders, like Ricky Carmichael and Chad Reed, all run the iconic M-claw logo.

"To now be the title sponsor of the AUS-X Open is a natural move for us and we are excited about partnering with the largest action sports event in the Southern Hemisphere.‰Û