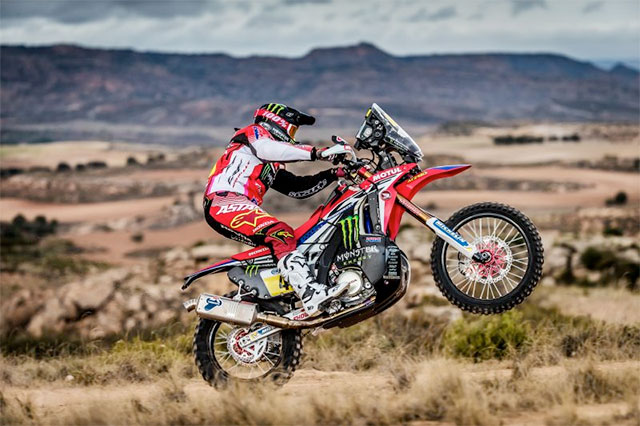 Milan‰Ûªs Spazio Davide Campari today hosted the official presentation of all the brand new 2017 Honda models. Also unveiled were the new HRC teams set to compete in the various motorcycle disciplines: MotoGP, MXGP, Trial and Rally. The event‰Ûªs big news was the announcement of energy drink-maker Monster Energy as the Rally team‰Ûªs leading collaborator. The team will now be known as: Monster Energy Honda Team.

All those present in the Spazio Davide Campari were able to witness how the team ‰ÛÒ made up of Joan Barreda, Paulo GonÌ¤alves, Michael Metge, Ricky Brabec and Kevin Benavides ‰ÛÒ revealed the new livery that the squad will now be sporting.

Monster Energy unites with Team HRC in a long term agreement for the rally team project. Monster Energy is an energetic and youthful brand, strongly linked to motorsport, and in particular, motorcycle racing. The company has strong faith in the commitment and ambition of Team HRC and their desire to accomplish the main aim of winning the Rally Dakar.

‰ÛÏThe Dakar is the ultimate challenge for every off-road enthusiast. It‰Ûªs much more than a race, it‰Ûªs a pure human adventure and teaming up with Factory Honda could not have been a better partner,‰Û 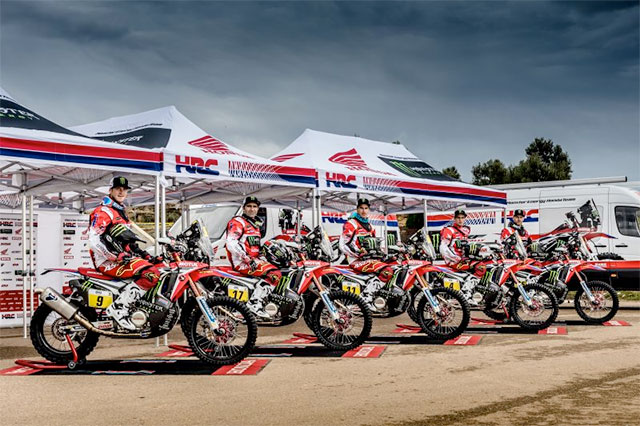