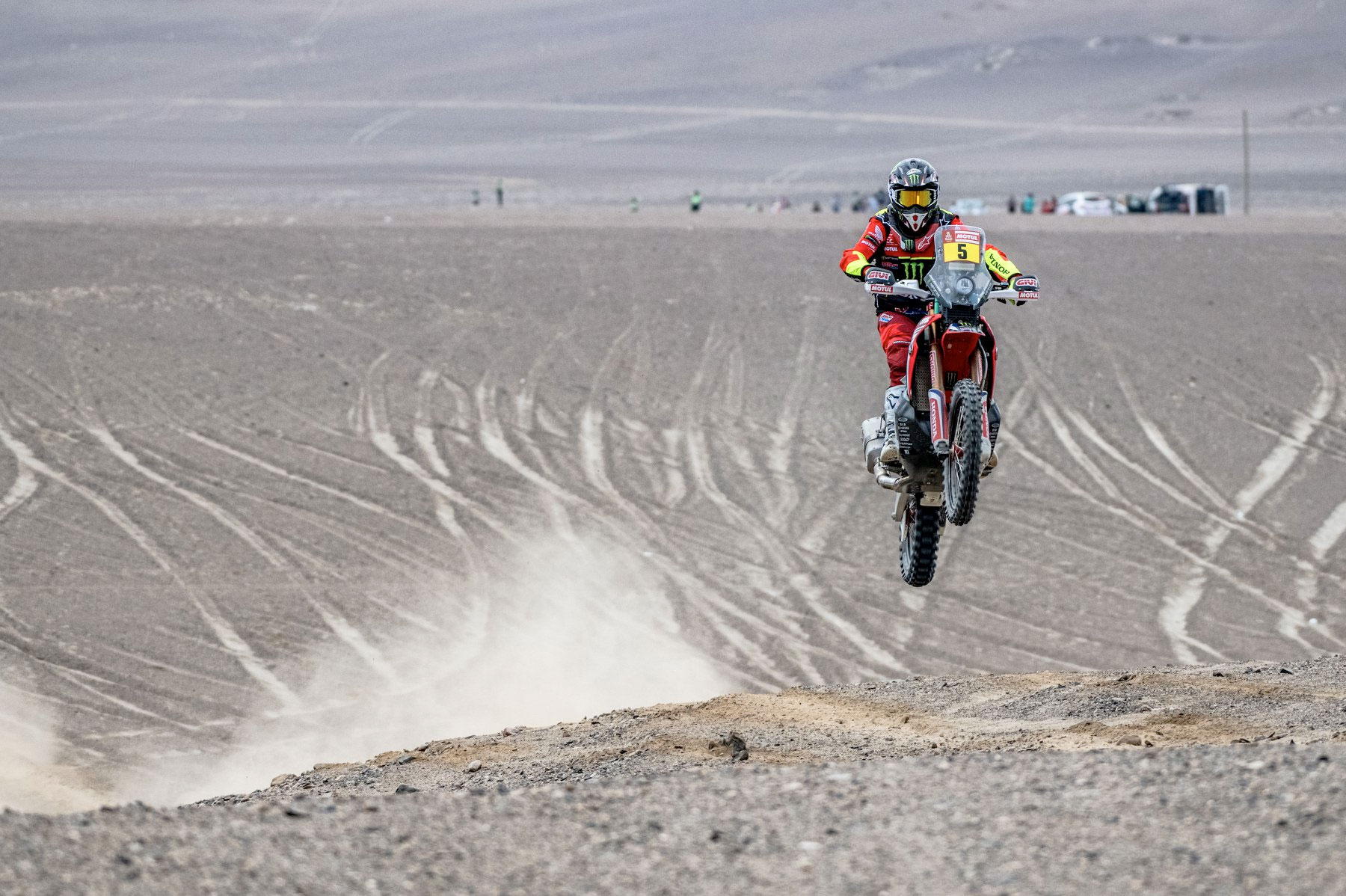 Barreda‰Ûªs 2019 Dakar was over at kilometre 143 of stage three,
Monster Energy Honda's Joan Barreda has been forced out of the 2019 Dakar when he got stuck navagating thick fog on stage three.

The Spaniard, who was one of the main contenders, came across a low visibility foggy and rocky area whilst opening the track, lost control of the bike which went into a slide down a ravine which it proved impossible to escape from.

Barreda‰Ûªs Dakar had ended at kilometre 143. The rider from CastellÌ_n‰Ûªs final score-sheet reads: one stage victory on the opening day, taking the Dakar stage victory tally to 23 and two days at the head of the overall rankings.

"Sadly the Dakar ended for me today," Barreda lamented. "It had been going very well, opening the track and pushing the riders ahead. When I reached the mountains I found a lot of fog that limited my visibility. Following the directions of the roadbook and the GPS I reached a cliff, when I tried to return I saw that Walkner had also arrived, they saw me and stopped and were able to turn around, but from below it was impossible for me to climb back up. I tried to go down further and look for a route out along the ravine but it was impossible," Barreda concluded.