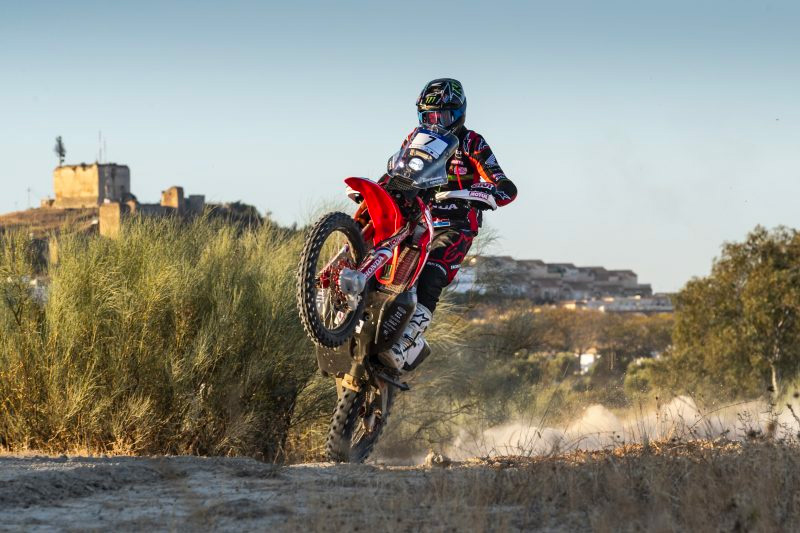 The Monster Energy Honda Team riders shone as the first full stage of the Andalucia Rally got underway. Kevin Benavides and Joan Barreda scooped the top positions after completing the day‰Ûªs two timed-sections, which played out over wide open routes and tracks. Both riders were able to grab the two leading positions on the day, as well as in the overall standings of the rally.

Australians Toby Price and Daniel Sanders had the challenge of opening the day‰Ûªs stage, subsequently losing a little time, finishing in 17th and 19th respectively after the duo lead the riders out on the stage following 1-2 in finishes respectively the prologue. 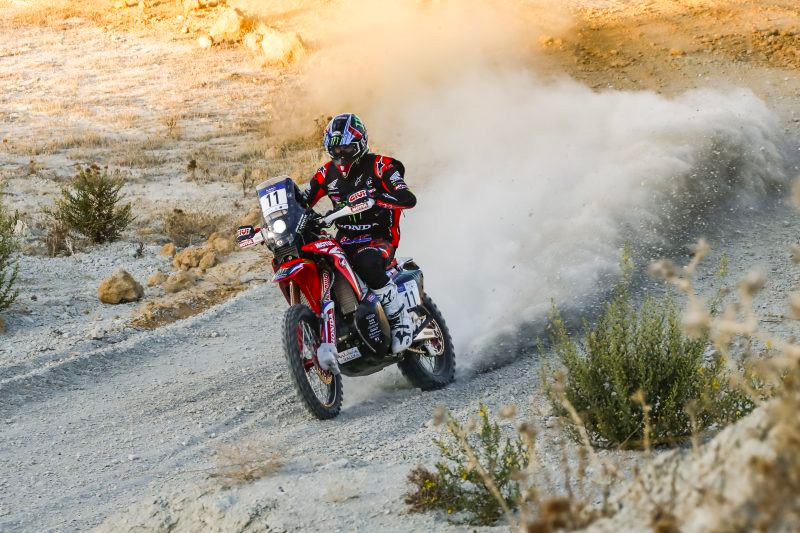 Joan Barreda made it a Honda 1-2 with second on stage. Photo: Rally Zone
Today‰Ûªs starting order proved a positive one for both riders, who were able to make up ground on the riders who had finished faster yesterday. In spite of some technical issues, Kevin Benavides held an infernal pace to take the win ahead of his Monster Energy Honda Team squad-mate Joan Barreda. The Argentine‰Ûªs win on the day sees him take the overall leadership with a 3‰Ûª15-advantage over the Spaniard.

"The day has been a positive one," Benavides said "Today I felt good from the beginning ... everything was going well ... until just before the neutralization my roadbook broke and the paper came loose and I wasn‰Ûªt able to move it. I tried to fix it in the neutralization, but it wasn‰Ûªt possible so for the remaining 110 kilometres I had to follow the tracks. It was hard to focus, with a few scares, but it turned out well in the end. I saw my brother on the ground, who had fallen, but I think he's okay, which is the important thing." 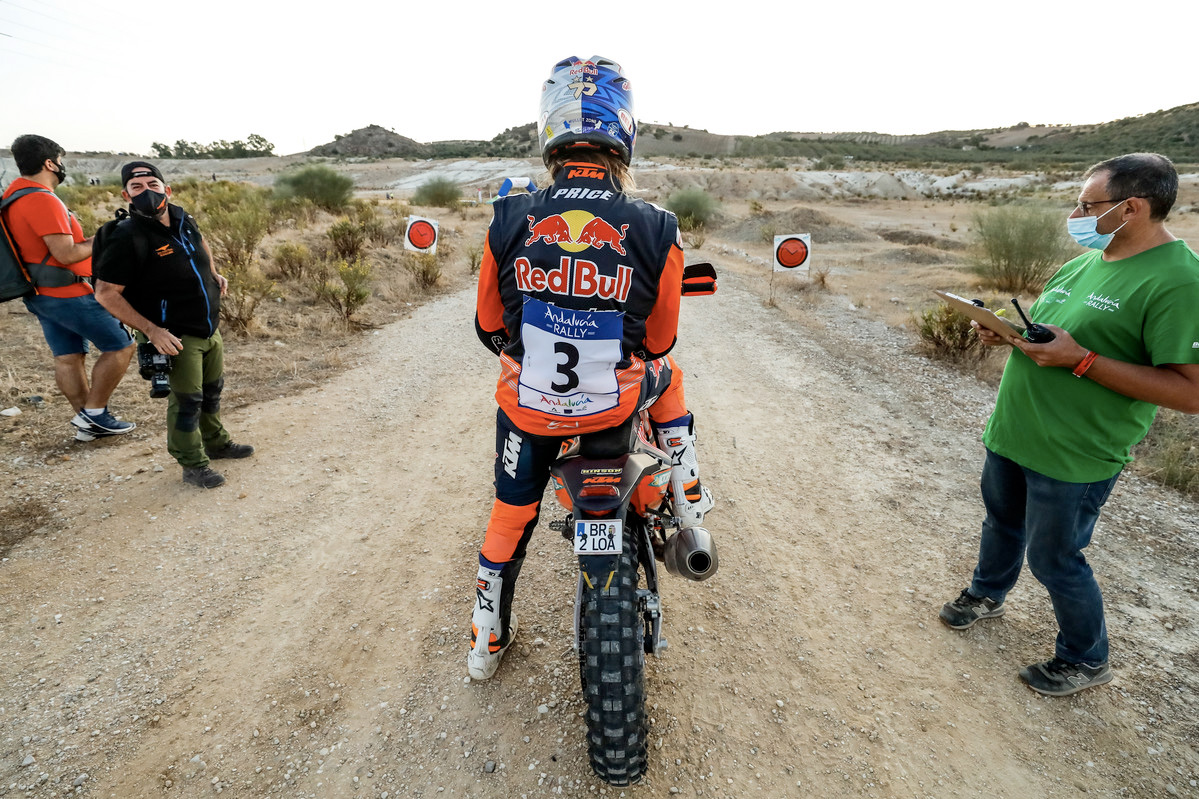 Australian Toby Price struggled with navigation after opening the stage and finished 17th following his fastest time in the prologue. Photo: Rally Zone
Toby Price immediately showed his intentions in Spain by posting the fastest time in the prologue. As such, the 2020 Dakar Rally podium finisher was given the unenviable task of opening the 240-kilometer stage one. Although his strategy was to avoid any dust, navigation proved to be a real challenge with some errors arising with the road book and GPS. As first to encounter the problems, Price lost time to his rivals, ultimately finishing 17th on the stage and lies 17th overall going into stage two.

‰ÛÏDay one has been a little frustrating, the organization informed us of a few changes before the stage, but they didn‰Ûªt really give that much detail so it was tricky to follow things especially from the front," Price explained. "I opened the special for probably 80 or 90 percent and stayed on two wheels, so I‰Ûªm happy about my navigation and riding. The body feels good and the bike is performing well and as always, the team are doing a great job. We‰Ûªll see what tomorrow brings.‰Û 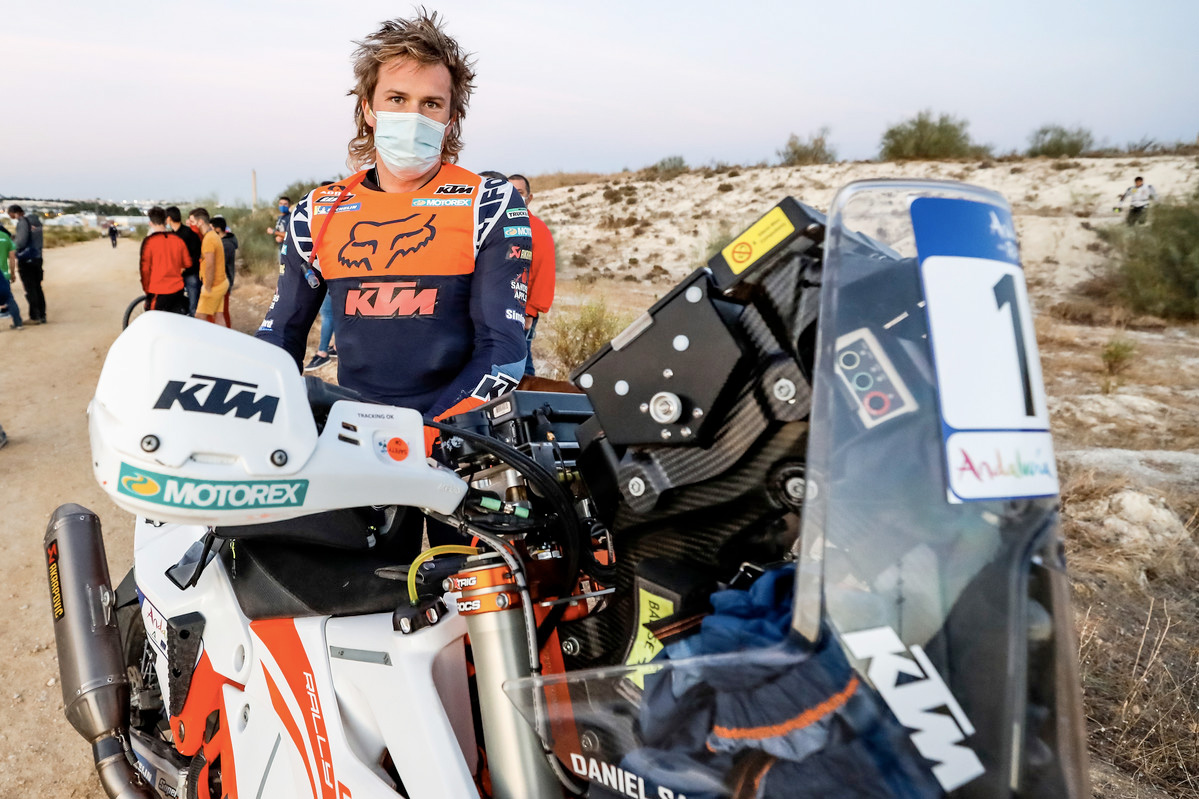 Daniel Sanders admitted to being a little uncomfortable but settled in as the stage progressed, finishing 18th. Photo: Rally Zone
Making his rally debut in Andalucia, Daniel Sanders impressed immediately equaling his teammate and compatriot‰Ûªs time on the Super Special Stage. Second to enter stage one, Sanders performed well, running with the more experienced members of his team and the rally and making the minimum of mistakes on the tricky to navigate route. Posting the 19th quickest stage time, the 26-year-old Australian is feeling confident and looks forward to day two.

‰ÛÏWell, my first day racing rally was certainly a tough one! I started off feeling a little uncomfortable, but by the halfway mark I was able to find my rhythm, keep a good pace and concentrate on the road book," Sanders said. "I made a couple of little mistakes along the way but all-in-all it was good and a useful learning experience. There‰Ûªs three more days to go, so the goal is to make the finish safe and try and gain as much knowledge and experience as possible.‰Û 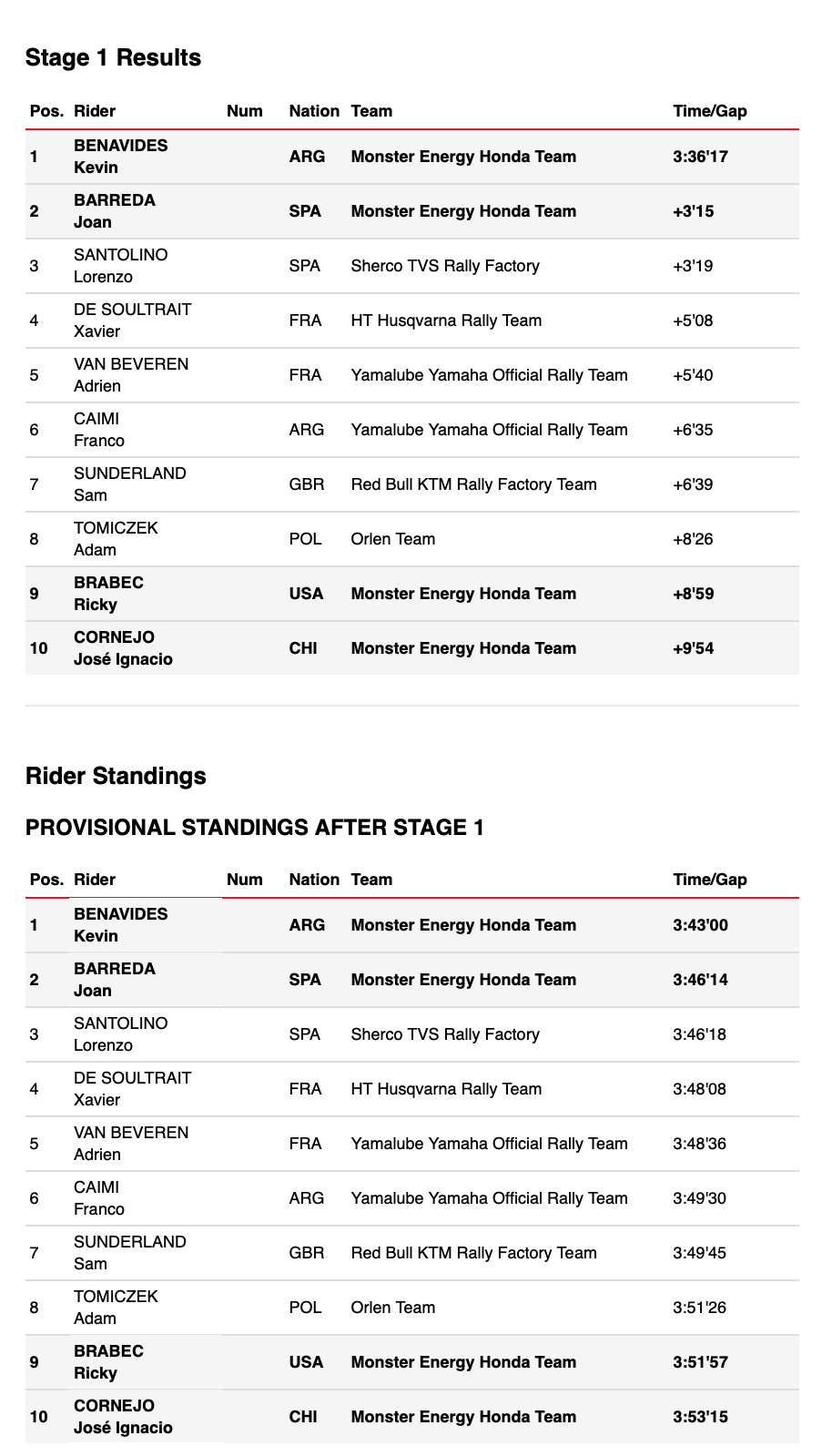