Monster Energy Cup To Air On ESPN2 In Australia 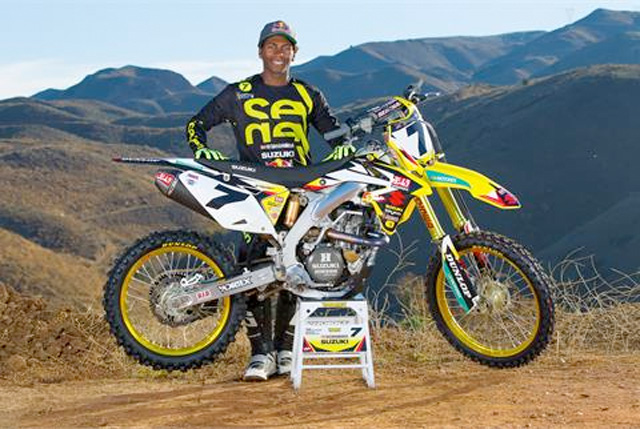 The 2015 Monster Energy Cup will air live in Australian at 12:00 noon this Sunday the 18th October.

On early Sunday morning Australian time fans can log on to www.MonsterEnergyCup.com to watch Race Day Live with Jim Holley and Andy Bowyer.

Since the inaugural race in 2011, Ryan Villopoto has been the only racer to win the required three Main Events and earn the $1 Million. The now retired three-time Monster Energy Supercross Champion reflects back on his big pay day.

"The pressure to win all three Main Events is intense," said Villopoto. "The key to this race is a good start, and that is what I was able to do in 2011. With $1 Million on the line, everyone brings their A-game, and it's important to keep your composure. I look forward to seeing how this year's race unfolds; there will be the world's best racers out there, so it's going to be exciting."

Joining Villopoto as Monster Energy Cup Champions are Davi Millsaps (2014), James Stewart (2013) and Justin Barcia (2012). While they didn't sweep the three Main Events, they walked away with $100,000 for their efforts and wrote their names in the record books.

After winning the first two Main Events at last year's Monster Energy Cup, Canard put himself in position to win $1 Million. All he needed to do was win the third and final Main Event. Rockstar Energy Husqvarna Factory Racing's Jason Anderson captured the Toyota Holeshot Award in the third and final Cup Class Main Event with Millsaps on his rear wheel. Millsaps moved around Anderson on the opening lap to take over the lead.

Canard took over second place on the opening lap and set chase on Millsaps. While setting up a pass for the lead, Canard crashed on Lap 4, and on Lap 7, he crashed again.

Last year's champion, Millsaps, aims to become the first rider in history to win the Monster Energy Cup aboard a new bike and team. Prior to this year's race, Millsaps joined forces with the BTO Sports.com KTM team and will make his debut for the new squad when he lines up against the world's top racers.

At the inaugural Monster Energy Cup in 2011, Dungey made his debut for the Red Bull KTM team following a successful career with the Factory Suzuki race team, where he won the 2010 Monster Energy Supercross title.