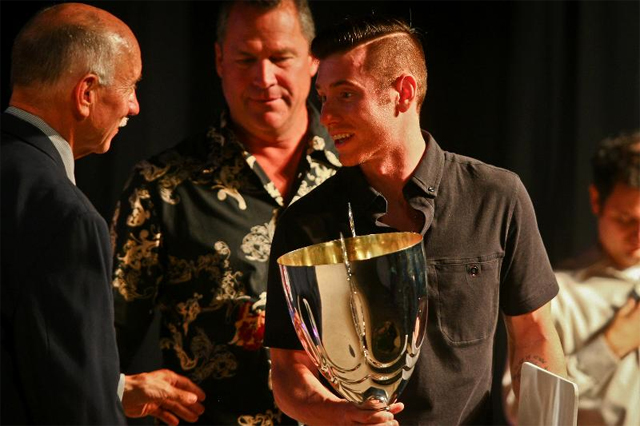 The biggest names in the sport, led by former Monster Energy Cup Champions Ryan Villopoto and Justin Barcia, will line up for three 10-lap Main Events in hopes of claiming the handsome $1 million purse.

Joining the elite class of riders below are the best amateur riders on the planet representing the Amateur All-Star and Super-Mini Classes in two separate six-lap races. The lists below reflect riders currently confirmed to race the Monster Energy Cup and are subject to change.

The 2013 Monster Energy Cup be shown live in Australian on the Foxtel and Austar networks via the ESPN channel on Sunday the 20th of October, with the popular announce team of Ralph Sheheen, Jeff Emig and Erin Bates calling the action as the world‰Ûªs top supercross racers as they lay it on the line for a shot at a $1 million bonus on a fresh, new track designed by five-time Monster Energy Supercross Champion Ricky Carmichael

Check your local guides for starting times in your state.