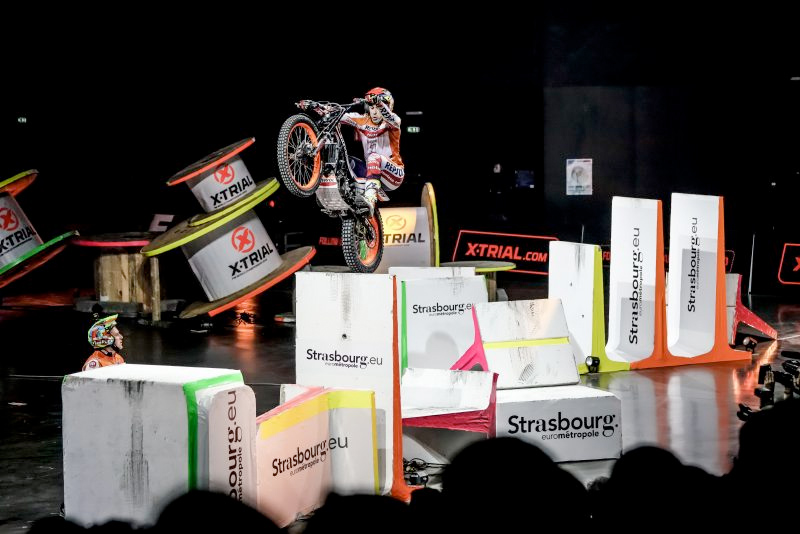 As the FIM X-Trial World Championship reaches its halfway point, Toni Bou completely dominated in Strasbourg, clinching a fourth indoor season win and extending his advantage further at the head of the overall standings.

Another technical master-class from Toni Bou, this time in Strasbourg, France where the rider took control of a brand new, yet difficult, competition. Despite a nagging pain in his arms that has dogged the champion since the season began in Montpellier three weeks ago, the Repsol Honda Team rider achieved his goal of overcoming the various phases to end up disputing ‰ÛÒ and winning ‰ÛÒ the fourth final of the year.
Bou was the best in the first qualifying round, and at semifinal too, making it through to the final by a single point of difference, although his closest rival in the general standings failed to make the cut for the final.

With this victory Toni Bou increases his difference in the general standings to twenty-six points. The next trial will take place in Barcelona. The blue-riband event of indoor trial will be held on Sunday, February 4 at 17:00.

I'm really very happy." Bou stated. "Physically it was a very demanding trial, and with the problem in my arms I didn‰Ûªt train all week so as to not to put pressure on them. It was very difficult, because when you have problems, everything is much more complicated.

"Technically it was very tough, especially the semi-final. Adam didn‰Ûªt make any mistakes and that‰Ûªs why I qualified by a single point. In the final section I tried to get through in time, but I missed out by just a second. I pushed hard and it worked out right.

"I rode the part at the beginning well which made a difference. I am satisfied with how I achieved the victory today and also because I am doing very well in the championship. 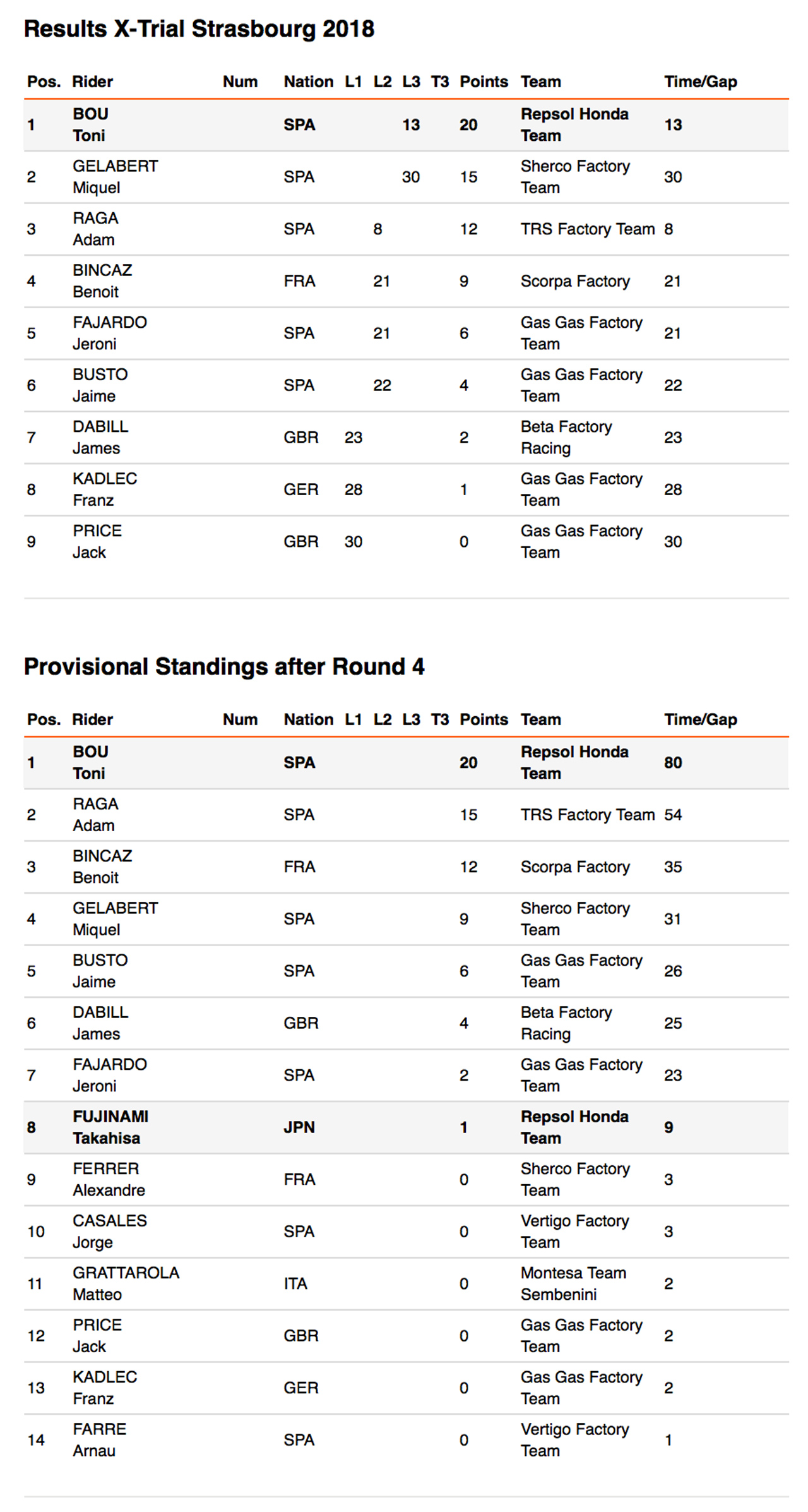