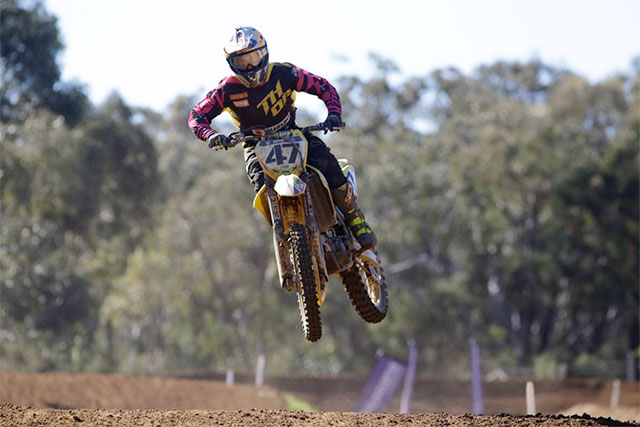 It was an up and down day of racing at the sixth round of the Motul MX Nationals for Wilson Coolair Motul Factory Suzuki, with both MX1 riders Todd Waters and Luke Wilson racing to mixed results on the tight and technical Nowra circuit.

Despite both Wilson and Waters having a successful mid-season break, and heading in to round six with adequate preparation, bad luck plagued both riders throughout the round, with the pair salvaging points across two challenging races.

Waters, who kick started the round with an impressive fourth place finish in GoPro Superpole, suffered a case of bad luck when race one got underway. After occupying third position for the majority of the 30-minute moto in the talent packed Thor MX1 class, Waters was forced to drop back to fifth after his chain came off on the second last lap. In race two, Waters improved on his results, battling with the lead pack before finishing in a hard fought fourth place.

With a 5th in moto one, and 4th in moto two, Waters finished in 5th overall for the round, and now sits in third overall in the Thor MX1 championship standings.

‰ÛÏIt was a bit of a disappointing day for m," Waters said. "In the first race we were riding well and I‰Ûªd moved from seventh in to third, and was battling with Ferris when my chain came off ‰ÛÒ I actually managed to get it back on though and I salvaged fifth,‰Û