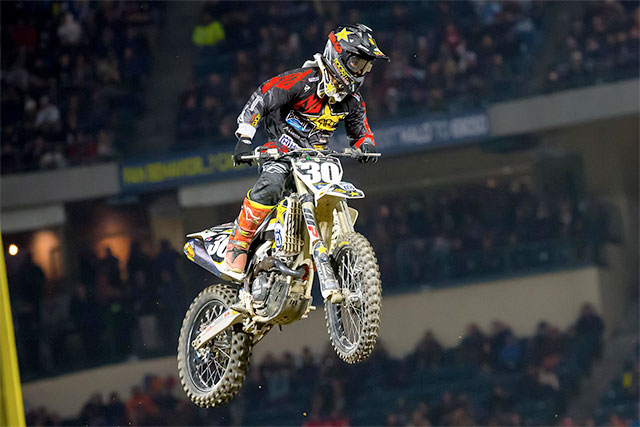 The rain cleared for a day to make way for AMA Monster Energy Supercross to return to Angel Stadium in Anaheim, CA for the third round of the season.

Rockstar Energy Husqvarna Factory Racing‰Ûªs Martin Davalos was the most successful for the team earning another top-10 finish with a fifth in 250SX West class.

Davalos got second at the start of his 250SX West heat and was on the move. He stalked the leader for the majority of the race and was close to making an inside pass for the lead with three minutes left in the heat.

He pushed his Husqvarna FC 250 and had the leader in his sights with less than a lap and a half to go. He held strong to his position and finished second to transfer directly to the main. Davalos pulled a top-10 start in the main and was sixth by the end of the first lap. He made his way into fifth and held strong to that position for the remainder of the race. He is currently fourth in 250SX West rider point standings. 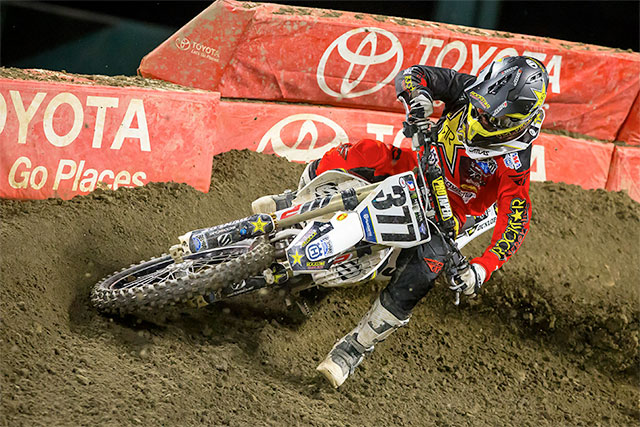 The Frenchman posted the fifth-fastest time during 450 qualifying practice aboard his Husqvarna FC 450. He started around 10th in his heat and finished ninth. In the semi, Pourcel started in eighth and immediately pushed his way into fourth before making two more passes to overtake second before the end of the first lap. He held strong to finish second and transfer to the main. He started in the back of the pack in the main and got caught up on a hay bale at the end of the start straight. He moved up to 16th by the end of the first lap and continued to push to 14th where he finished. 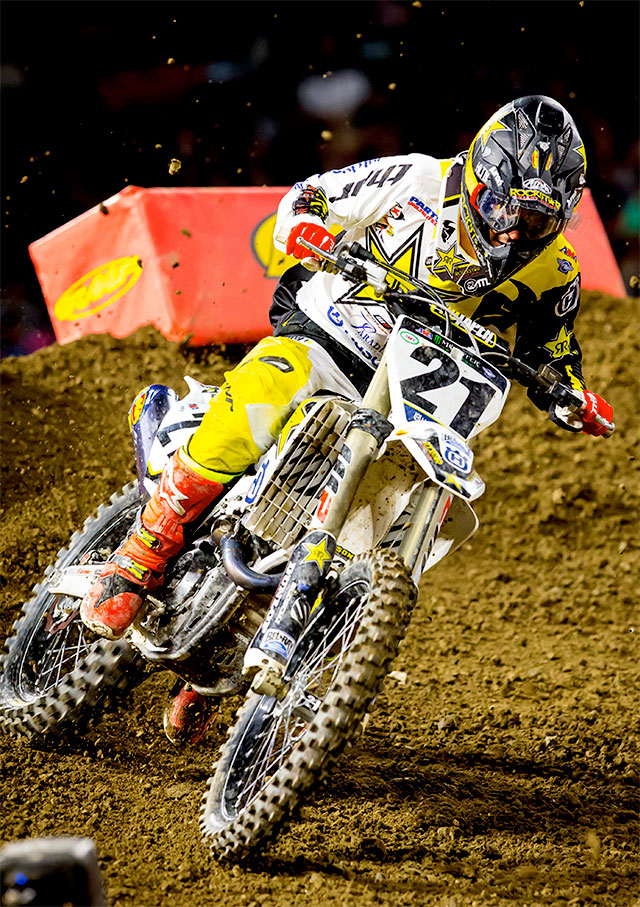 Jason Anderson was suspended for the night after striking Vince Friese following a collision between the two in their heat race (Photo: Simon Cudby)