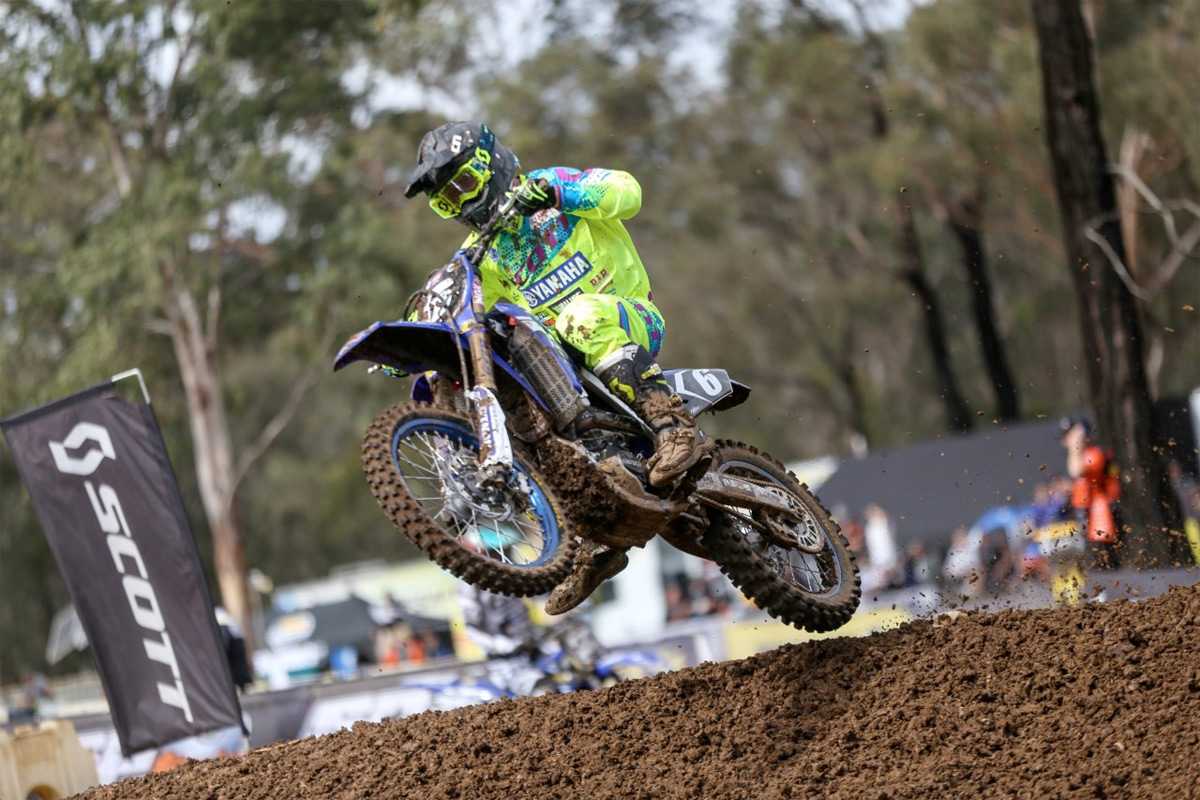 The combined 2-3 results for Jay Wilson gave him second for the day and the teams‰Ûª first MX2 podium for the season
It was a day of mixed emotions for the Yamalube Yamaha Racing team, at round two of the MX Nationals, with Jay Wilson racing to his first podium finish of the year in the MX2 (250cc) class, while team mate Richie Evans fell in the last moto injuring his hand.

Both riders have been in good form leading up to the event and were confident of maintaining that form at the tricky, rutted and undulating Appin surface that always produces intense racing.

Wilson fired his YZ250F into the lead of moto one and had the full 40 rider field in his wake. He powered out to a five second lead and held onto the advantage until the closing stages of the race when Nathan Crawford reeled him in and was able to get by with just a few laps to run. Wilson finished in second place and was pleased with his performance.

Moto two was much the same as Wilson again showed his starting prowess by grabbing the all- important hole-shot. With all the class heavy hitters inside the top five, the race was on and the fast freight train of three broke away from the field. Nathan Crawford took control of the race by the mid-way stage, then Wilson Todd made his way into second place with Jay Wilson settling for third place and making it a Yamaha 1-2-3 moto finish.

The combined 2-3 results for Jay Wilson gave him second for the day and the teams‰Ûª first MX2 podium for the season. He also jumped from eighth to fourth in the standings ‰ÛÒ just two points from second in a tight knit group.

‰ÛÏIt was good to just get out and lead some races again and be in the battle,‰Û 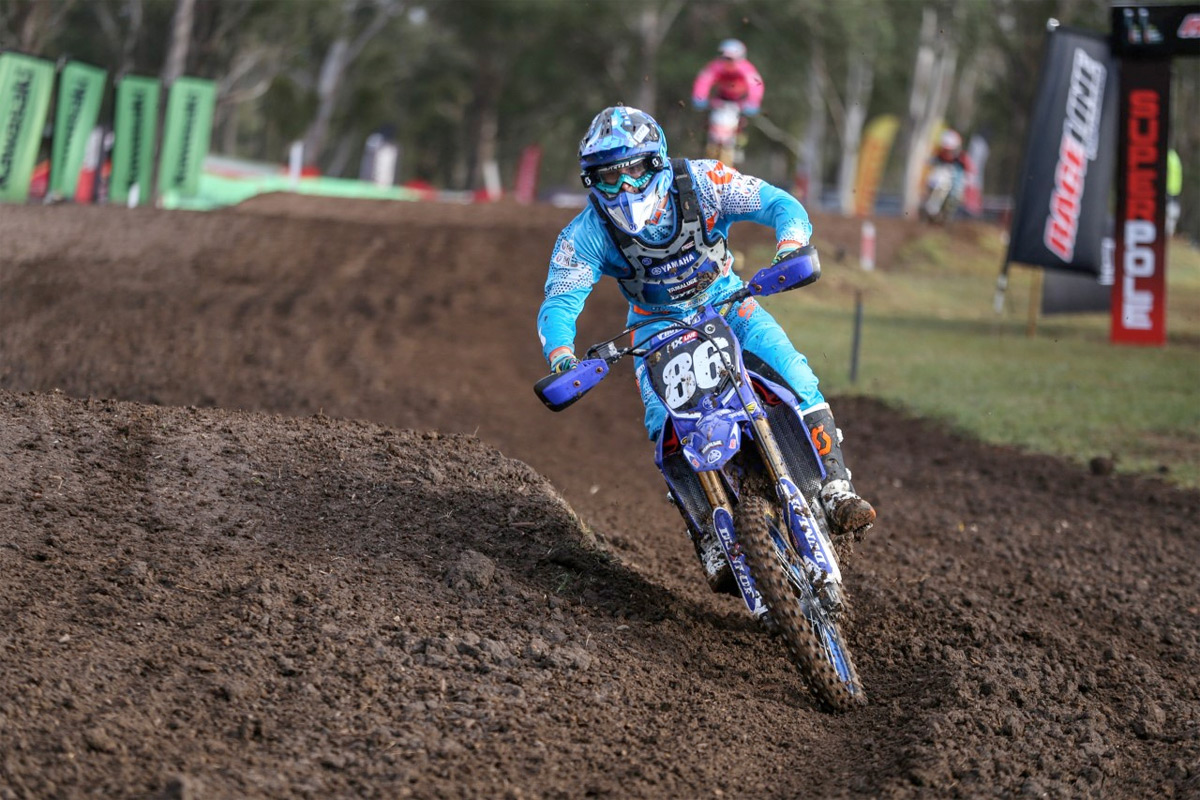 X-Rays have revealed Evans has broken the fifth Metacarpal in his left hand and will undergo surgery on Wednesday morning
But, it was a bittersweet end to the day when Richie Evans fell in the closing stages of the final moto. Evans again showed his improvement and was right in the heat of the battle, mixing it up with the more established MX2 stars.

Evans posted an eighth in moto one and was in a race long battle with Egan Mastin, Wilson Todd and Jackson Richardson. He then charged out the gate in moto two and locked down fifth place before moving into fourth and looking great.

But he fell once and dropped a position then with just a lap or so to go, fell once more when his rear tyre lost traction on the shiny Appin clay and he hit the ground hard.

Further X-Rays have revealed he has broken the fifth Metacarpal in his left hand and will undergo surgery on Wednesday morning. His return to racing will be reviewed after the surgery.