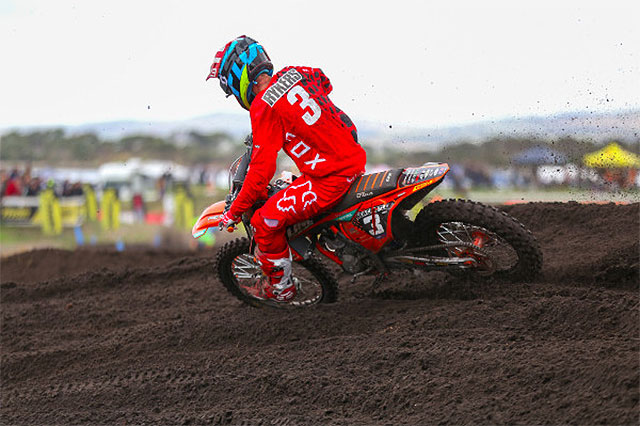 It was a positive, but challenging day for Raceline Pirelli KTM at the 2017 MX Nationals series-opener in Wonthaggi, Victoria, on Sunday as riders Jayden Rykers, Wade Kirkland and Morgan Fogarty recorded a mixed bag of results.

In MX2, Rykers and Kirkland completed the morning‰Ûªs qualifying session in sixth and 14th respectively, but it was Rykers who shone throughout the opening moto. The Western Australian lodged a less than stellar start, although he was able to work his way through the field, narrowly edging his way to third position.

For class newcomer Kirkland, an existing foot injury he aggravated during the opening moto halted his progress and he settled for 24th. A decision was later taken to sit out the second moto and he will now look to regain full fitness prior to round two.

In race two, Rykers again fell short of a great start and found himself in the middle of the pack. With only 20 minutes plus one lap for race two, the number three 250 SX-F rider was unable to negotiate his way through traffic as he did in moto one, forcing him to settle for sixth and crediting him fifth overall in the process.

‰ÛÏI‰Ûªm somewhat happy with 3-6 results to start the season for fifth overall,‰Û 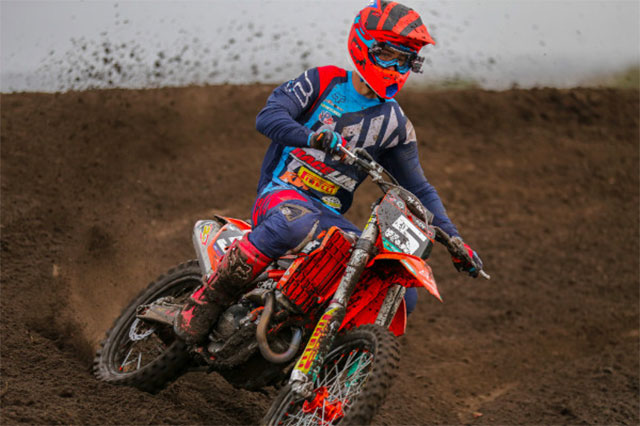 Wade Kirkland. Credit: MXN Images
Wade Kirkland added: ‰ÛÏIt was a pretty full-on weekend for me, pretty hectic in MX2 with that added intensity and a fast pace. Unfortunately I dabbed my foot, which was already sore from a couple of weeks ago, in moto one and hurt it again, so I didn‰Ûªt race the second moto because of that. We have three weeks until Appin, so I will try to let it recover and go from there.‰Û 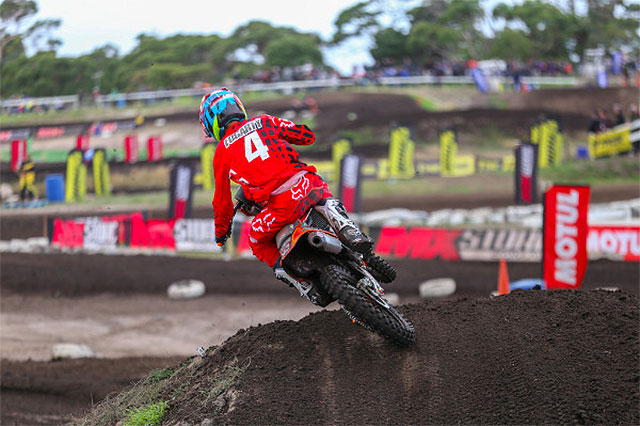