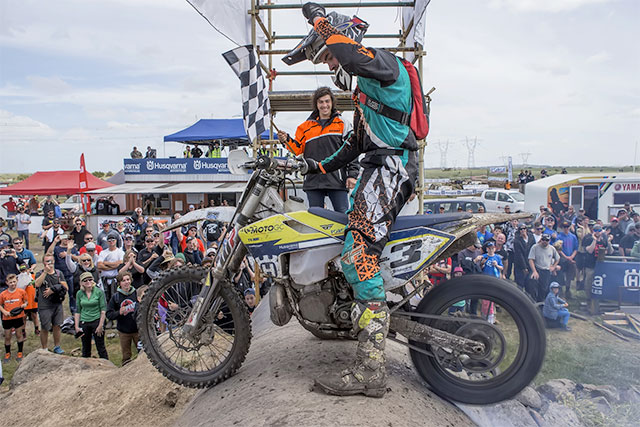 Harper used his brand new, MotoGC-backed Husqvarna TX300 to move into the lead by the end of the first lap of the super-challenging 12 km circuit, and win the event by 11 minutes 39 seconds from Tim Coleman and Dylan Rees.

The 24-year-old who won the inaugural event in 2010, picked up a well-deserved $6000 winner's cheque for dominating the annual three-hour torture test 30 kilometres north-west of Melbourne.

The event saw riders and machines take an absolute battering as they negotiated massive, boulder-strewn climbs designed by the event promoter to constitute the toughest Husqvarna Wildwood Extreme Enduro yet. 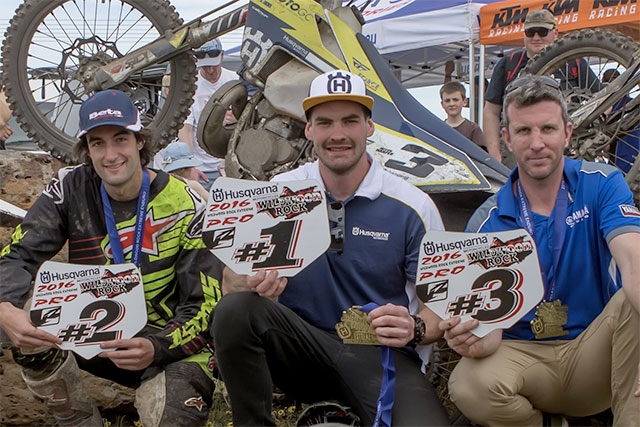 Winner Mitch Harper with runner-up Tim Coleman and Dylan Rees
‰ÛÏThis is easily the hardest race in Australia and probably one of the hardest in the world I guess. It's a different style to Erzberg; more of a cross-country extreme. It's got the fast sections as well so it's not just all trialsy technical stuff," Harper said.

"There were five riders a minute ahead of me off the start, but I got into the lead by the end of the first lap. I got three of them up and down the gullies, in the first three quarters of the lap, and then in the final rock garden I got the last two, and when I got up out of the rock section where it‰Ûªs like a flat, rocky paddock all the way back to the pits, I was looking back and I had a pretty good lead, so I put my head down and pushed on from there. I did a few good laps and the gap was getting bigger and bigger. So then I slowed down.

"The TX was an awesome choice of a bike. Struggling up these rocks sections you end up pushing the bike half the way, so the light weight was definitely a plus. I played around with the powervalve and I had it right out for the prologue so I could jump a few of the log doubles, but then for the race I screwed it in so it was real torquey, not slipping on the rocks or anything. It‰Ûªs an awesome bike. I was on the clutch all day and it didn't fade or anything. The crowd was huge out there today, in the rock gardens you're thinking, ‰Û÷why am I here?‰Ûª But then you get to the top of the hills and you're up on the pegs and they are all cheering and it helps you just keep you going. It's good," Harper concluded. 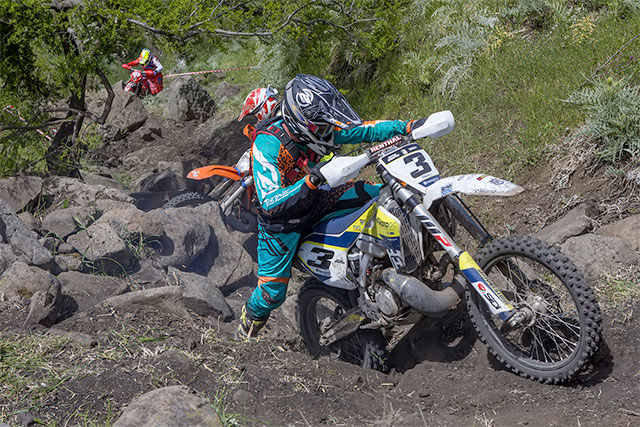