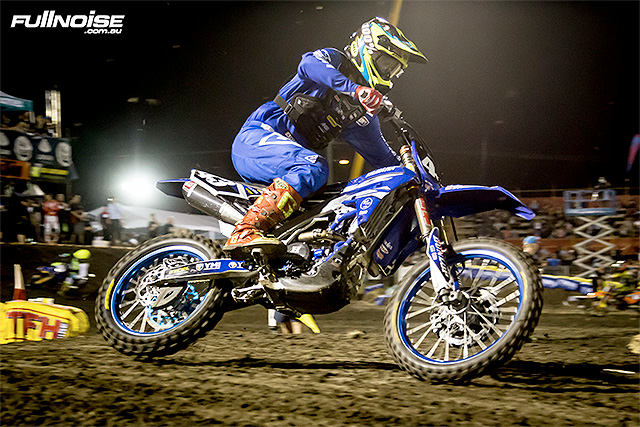 Serco Yamaha's Mitch Evans got his 2017 Australian Supercross Championship off to a great start taking a hard fought third place on his YZ250F while team mate, Jackson Richardson, made his return to racing after a shoulder injury to finish sixth.

Evans was able to turn around a sluggish start to the day at a venue that has haunted him in the past to take third place and right on the rear wheel of the second place rider at the completion of the 15 lap SX2 final.

Running inside the top five early in the race, Evans locked onto the back wheel of his team mate Richardson and the Serco Yamaha pair battled for the final podium position for well over half race distance. Evans stalked Richardson‰Ûªs every move before slipping by on lap 12 and breaking clear as he charged off in pursuit of Gavin Faith in second place.

He ultimately came up one second short of beating the US import but the third place was a big confidence booster for Evans and has him well placed as the series moves to round two.

‰ÛÏI didn‰Ûªt finish off the motocross season as well as I would have liked so I was pretty determined to get things rolling in the right direction here,‰Û 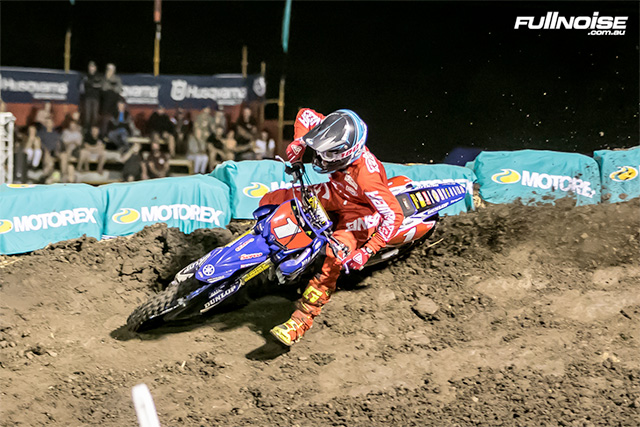 Defending Champion Jackson Richardson ended the night 6th after being sidelined for the last few months with injury. Credit: Aaryn Minerds Media
Jackson Richardson showed he has lost none of his speed that made him the 2016 champion but the three month layoff due to a shoulder injury has left him a little under done in terms of race fitness.

With just over two weeks back on the bike, Richardson poured it on at the start of the 15 lap final running inside the top three for almost 102laps before he was ran down in the later stages of the race and dropping to sixth place.

Still, there is a lot to like about Richardson‰Ûªs performance and with another three weeks before round two, Richardson expects to be fitter and faster with more riding and training under his belt and challenging for race wins as he tries to retain his number 1 plate.

‰ÛÏSixth on paper doesn‰Ûªt look great but I think there is a lot to work with and still plenty of improvements that can and will be made,‰Û