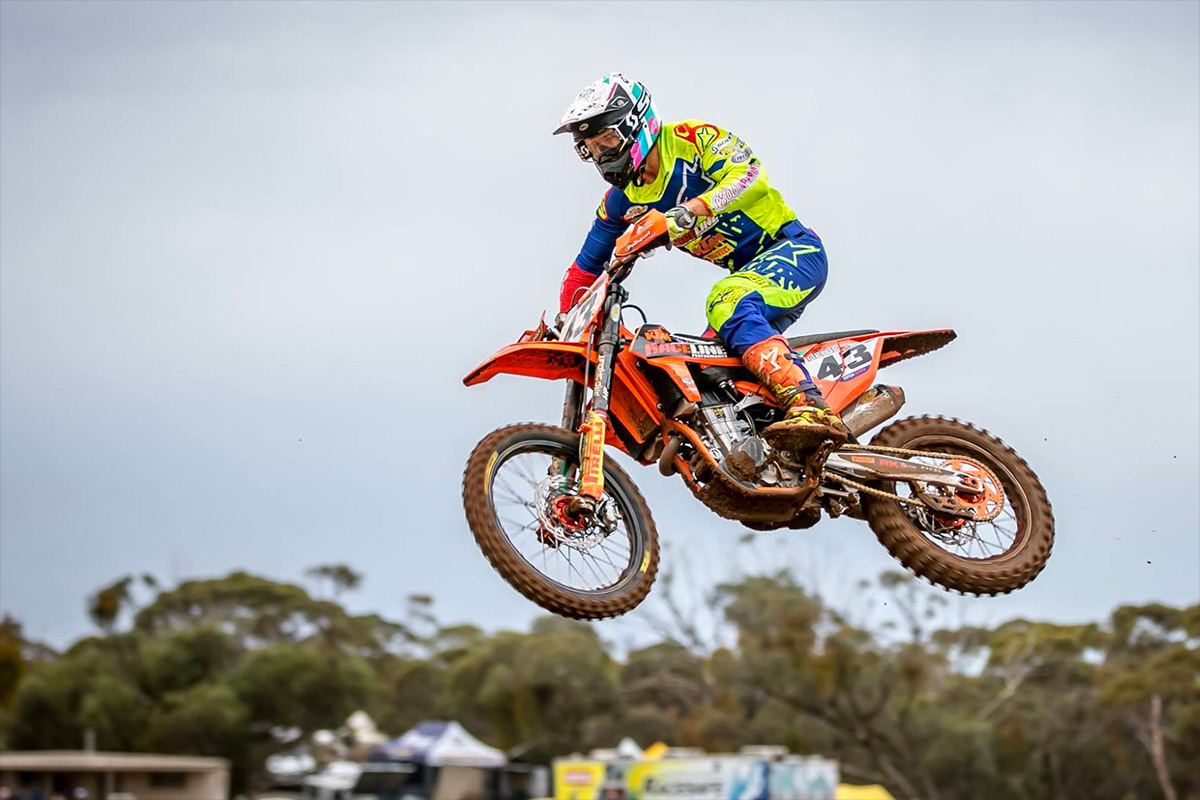 Mitch Evans. Photo Aaryn Minerds
It was a bittersweet weekend for Mitch Evans, who celebrated a podium only to have a post-race protest push him off the box at Round 9 of the Pirelli MX Nationals in Queensland on Sunday.

Evans who has gone from strength to strength throughout his 2018 Rookie MX1 season, arrived to his home round in Gladstone ready to challenge for moto wins once again, and despite being within the top three in both races, a penalty proved costly on Sunday to say the least.

The Northern Queensland local was the fastest ridrer in qualifying on Sunday, before finishing second to 2018 MX1 champion Dean Ferris in Raceline Performance Superpole, then in the pair of 30 minute motos, Evans charged to 3-2 race results, which initially awarded him with second overall for the round.

However, a successful post race protest saw Evans eventually relegated to fourth for the round - the young gun unfortunately passing a lapped rider under a yellow flag which saw him devastatingly docked two positions.

Despite what was a bittersweet outing for Evans at Gladstone, he still sits in second in the MX1 championship standings with only a single round of racing remaining.

"Looking back at the weekend, the penalty I received really does hurt, but I think the main thing we can take away from Gladstone is that we are becoming consistently up there every weekend," Evans explained.

"If you look at the race results, lap times, and Superpole, we are proving that what we are doing is working, so I plan on putting what happened on Sunday behind me, and refocusing for this weekend's race at Coolum.

"The track on the weekend was a lot of fun - it was technical and there were a few line options which made racing a bit more interesting - it was also nice to be back in the warmth, it's what I'm used to and it was our closest race to home.

"I'm really proud of what we're achieving and the combination of myself and the KTM is making me really enjoy my riding, we have one round to go, we're sitting second in the championship and we plan on heading to round ten for business as usual," Evans concluded.