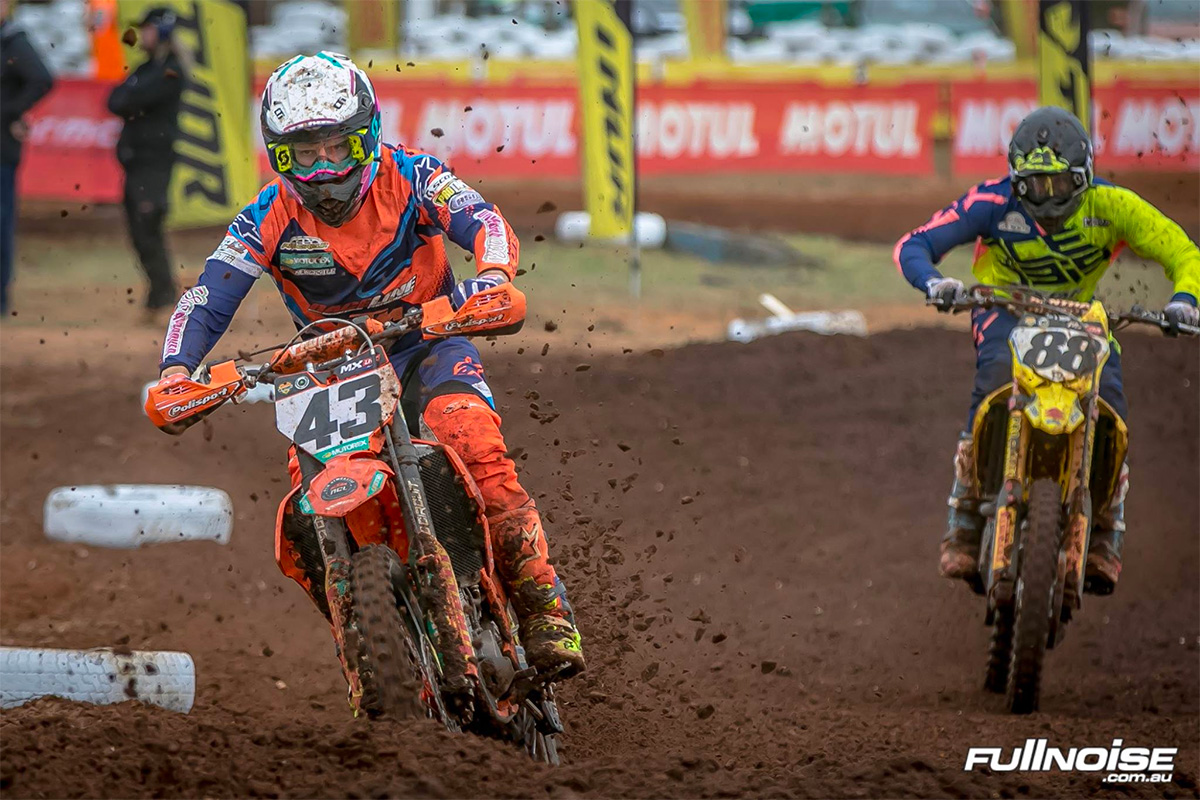 A fifth overall at round six at Conodale was enough to see Mitch Evans move to second in the MX1 standings. (File) Aaryn Minerds
With Conondale marking the first round back for the Pirelli MX Nationals post the mid-season break, smart and calculated results paid off for Mitch Evans that finds him in a championship podium position with only four rounds of racing remaining.

Evans hit the ground running in MX1 qualifying at Conondale, gaining entry into Raceline Performance Superpole and finishing with second gate pick, thanks to a lightening fast 2:10.532 hot lap.

In moto one, the Raceline Pirelli rider battled hard with veteran Brett Metcalfe for the better part of the first 30-minute moto eventually crossing the line in fourth. Then, in moto two Evans finished in a consistent sixth place despite a small crash early in the race, awarding him with fifth overall for the day.

Despite not finishing on the MX1 podium at Round 6, Evans‰Ûª impressive points haul at Conondale shot him up into second position in the MX1 championship with four rounds remaining.

‰ÛÏI was really happy with how the weekend went. My starts were really good which was a positive, it was mainly about minimising any damage, collecting some solid points, and getting out healthy and in one piece,‰Û