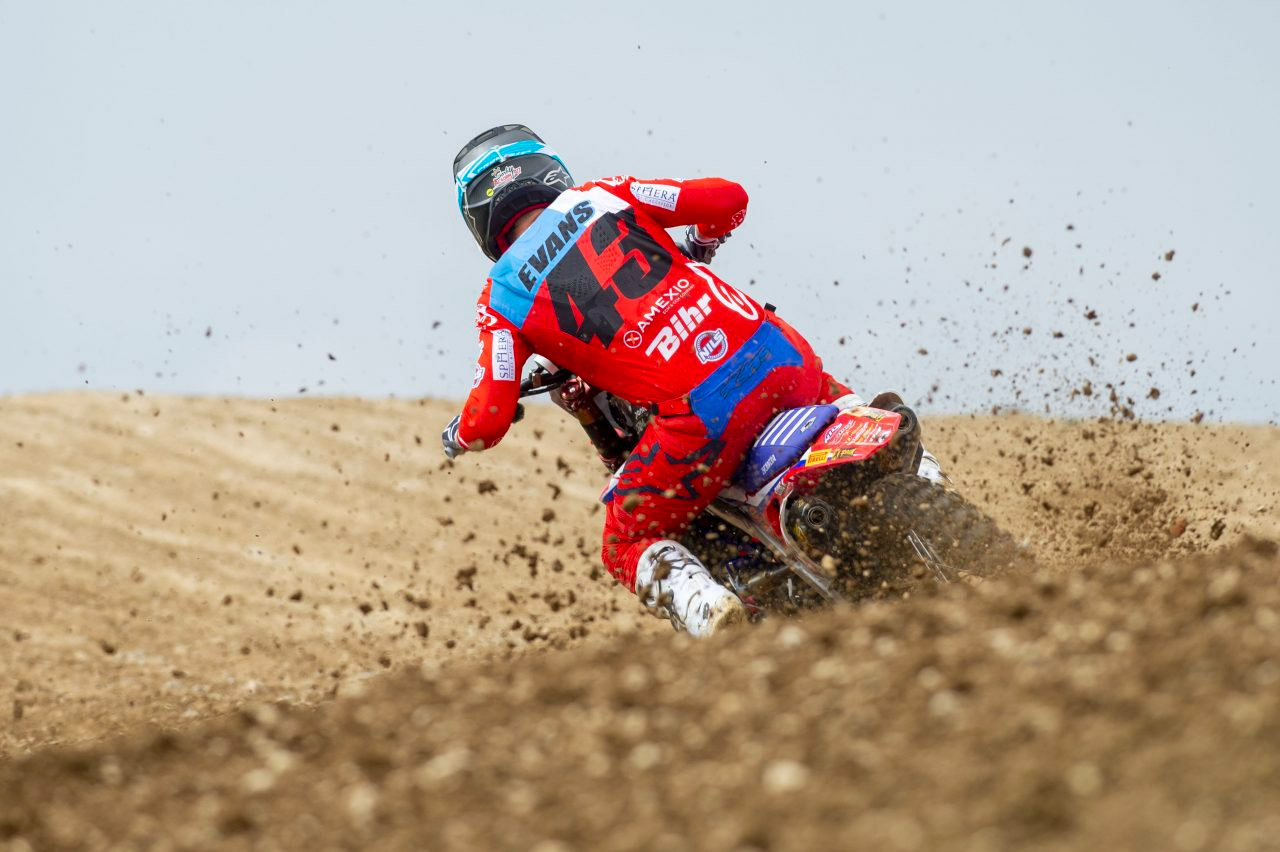 Mitch Evans has continued his top form at the MXGP of France bringing his Honda 114 Motorsports CRF250 home in fourth position.

The result sees the Australian move to fifth in the MX2 standings after a tough day battling through traffic to finish seventh and fourth in the two moto's on the hills of Saint Jean d‰ÛªAngely.

"I had a great weekend here in France. I felt really good in timed practice and qualified in third, which is the best this year - and then finished fourth in the qualifying race," Evans explained.

"I struggled with tyre spin on the start-gate in race one, so I had to come from a long way back. I made my way up to seventh in the first moto, but made a lot of passes on the first lap in race two. I tried to get up to third, but couldn‰Ûªt get it done, so had to settle for fourth.

"It felt great to be on a French team in France. Even some of the crowd were cheering for me. It felt like a home GP and that was so cool.

Evans will be back in action at the next round of the FIM Motocross World Championship is taking place in on June the 9th in Orlyonok for the Patron MXGP of Russia.