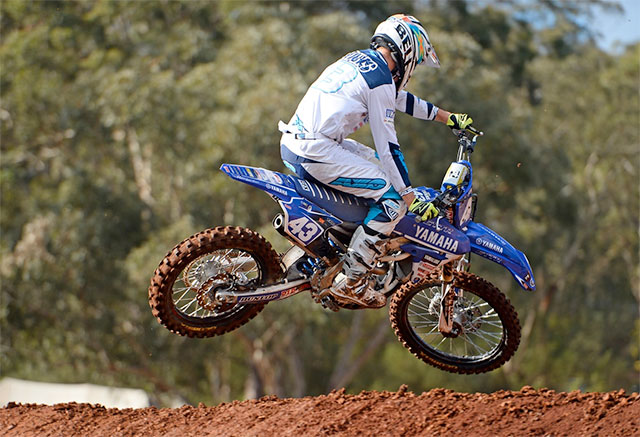 During the week, he attends Grade 12 at Cairns High School pursuing his academic goals and often found elbows deep in text books and homework. On the weekend, its pencils down and dirt bikes up as he is a major player in this years‰Ûª Under 19 Motul MX Nationals championship, starting at Horsham, Victoria on April 3.

So far, Evans has been able to burn the candle at both ends with good results at school and on the track. In the past two seasons, as his school demands have increased, Evans still managed to win the 2014 Australia Junior Motocross Championship, then just last year, won the SXD (u19) division at the Australian Supercross Championship, all the while keeping his impressive grades at school.

‰ÛÏI would love to be able to just race full time and to be a professional racer is my goal but at the moment, my parents and I believe it‰Ûªs important to have a good education so I have other opportunities in life if the motocross career doesn‰Ûªt work out,‰Û