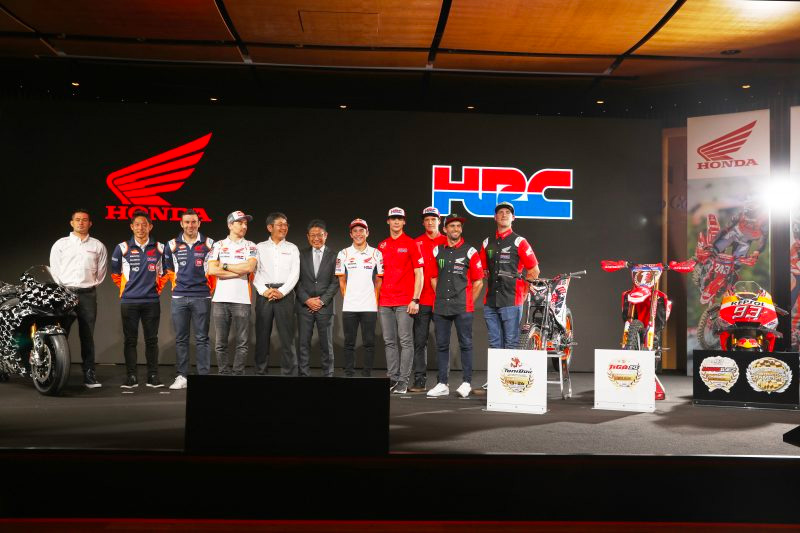 Mitch Evans was announced as a HRC Team rider at the 2019 Honda HRC Eicma Event where all HRC teams where presented to the media.
Mitch Evans will join 2019 MXGP World Motocross Champion Tim Gajser at Team HRC after an impressive rookie season racing the MX2 world championship.

Evans will swap his Honda CRF250R for the title winning CRF450RW as he steps up into the MXGP class, joining gold medallist Tim Gajser under the Team HRC awning. While Evans doesn‰Ûªt turn 21 until the November 10th, he is experienced on 450cc machines, having ridden them in Australia in 2018, where he finished runner-up in the MX1 class in what was his rookie campaign. It was this result, coupled with his excellent showing on a 450 at the 2018 Motocross of Nations in RedBud, USA that convinced Honda to sign him to the world championships last year.

Under the tutelage of Team Honda 114 Motorsports‰Ûª Livia Lancelot last year, Evans was able to get an MX2 podium on his very first outing at the MXGP of Patagonia-Argentina which he then backed up with another podium at round six in Portugal, where he got first taste of leading the field. While injury meant he then missed almost a third of the season, he was still able to finish in 11th place in the championship, with only five riders having more podium placings.

After a year learning the ropes and seeing how the MXGP series operates, Evans will begin his preparation on a 450cc machine that many experts believe he is truly suited to. Once the EICMA show is completed, he will move full-time to Milan to work with the team over the winter to get him prepared for the season ahead, which begins with the MXGP of Great Britain on March 1st 2020.

‰ÛÏIt is just amazing to signing for Team HRC," the Australian enthused. "The history that this brand has with all the great riders who have ridden Honda‰Ûªs and to now be a part of that, it is unbelievable. This is something that you grow up dreaming about when you first swing your leg over a dirtbike, to be under the HRC awning riding a full-factory CRF450RW.

"I really can‰Ûªt wait to get started and I am really looking forward to showing people what I can do in the MXGP class. I know it won‰Ûªt be easy because there are a lot of talented people in the class but I‰Ûªve got the best possible teammate with Tim, because he‰Ûªs the world champion and he knows exactly how to go about things. I hope to learn a lot from him and from the team and use all of that to put in my best performances when the season starts. Now though, it‰Ûªs time to knuckle down and put in work so that I can come out swinging in round one.‰Û