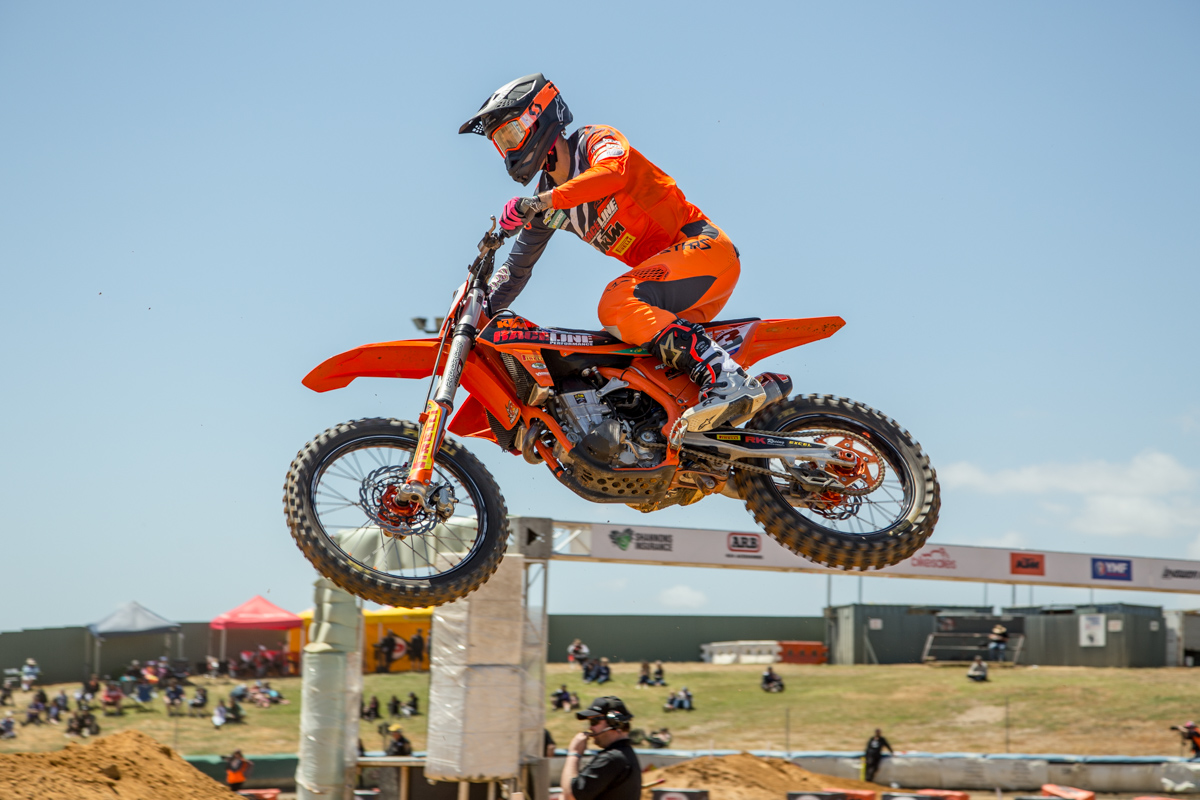 Round 4 of the Australian Supercross Championship at Gillman Speedway in South Austrtalia marked the 2018 supercross season and SX1 (450cc) debut for 2018 Australian MXoN representative Mitch Evans.

With only a week of testing under his belt, the Raceline Pirelli team rider managed to qualify in fifth place and gain entry into Superpole where he also finished fifth. Then, after a third place finish in his heat race, Evans charged to 7,5,6 race results in the SX1 main events, finishing the night just outside the top five in sixth overall.

"I felt really good on the weekend considering the short amount of time I‰Ûªve been on a supercross track and for it being my first year racing Supercross on a 450. We were a little off with bike set up due to not having much testing done so I am looking forward to getting some testing done this week," Evans explained.

‰ÛÏI am happy with sixth overall. The team and I had no expectations leading into the weekend as it was my first 450 Supercross race with very limited preparation, so the goal was to get three good starts and stay out of the chaos and walk away healthy. We didn‰Ûªt get the best of starts and but we were able to get through the night without too many dramas.

‰ÛÏI thought the track was really fun. It had unreal dirt and was basic enough to keep the racing close for the fans but was still technical enough to have a few different rhythm options for us riders which I thought was cool.

"I am looking forward to getting some solid testing in with the team and feeling much more comfortable on the bike and then going home to get back into my routine of riding and training before AUS-X Open."

Evans will now prepare for the fifth and final round of the Australian Supercross Championship, the AUS-X Open which will take place in Sydney in New South Wales on November 9-10, 2018.